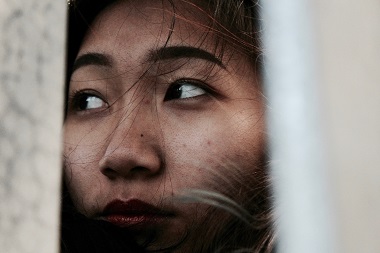 On May 6, as Premier John Horgan was announcing his government’s plan to reopen the province, he also remarked on the incidents of anti-Asian racism amidst the COVID-19 pandemic.

When I heard about people of Asian descent being pushed to the ground and buildings being defaced with anti-Chinese slogans, I was angry. Hate has no place in British Columbia – period. We need to stand together united against that type of racism whenever we see it. COVID-19 does not discriminate. British Columbians shouldn’t discriminate either.

To say it was reassuring to hear these remarks from a provincial premier, especially one from British Columbia, is the understatement of the year, because BC has had a long history of anti-Asian racism – as far back as its inception.

The Asian community, particularly of Chinese heritage, has been blamed for undercutting wages during the construction of the Canadian Pacific Railway, of being unwilling to assimilate to the Canadian way of life and of causing the astronomic rise of housing prices in Vancouver.

The COVID-19 global pandemic has ignited another period of racism toward the “Yellow Peril,” prompting the Vancouver Asian Film Festival to start a public service campaign to #Elimin8hate.

Though Horgan’s remarks are admirable, his appeal to cease such attitudes and actions is to present a multicultural refrain, that Canadian society is better because of diversity, and there is no place for intolerance.

The Asian American Christian Collaborative issued a statement denouncing the current rise in overt anti-Asian racism in the United States.

According to Statistics Canada, one in four British Columbians is of Chinese ethnicity, or 27.7 percent of the overall population, providing ample opportunity for racist attacks to surface, possibly due to the stress of the pandemic.

However, this does not excuse the 1.4 million Canadians who believe that all Chinese or Asian people carry the COVID-19 virus.[1]

In an op-ed published in The Vancouver Sun May 10, Tung Chan explains how this perception was formed:

The virus equals China, and Chinese individuals are [viewed as] virus carriers. For many who believe in that perception, Chinese people in China and Canadians of Chinese descent are one and the same.[2]

How do Canadian Christians respond to these attitudes and behaviours, especially considering that the same 27.7 percent includes some of our brothers and sisters in Christ, as indicated by the proportion of Chinese congregations in Metro Vancouver?

I believe Canadian Christians of all ethnicities need to come together to denounce racist attitudes and behaviours.

John Piper writes in Bloodlines, “[Jesus] came to shed his blood for sinners, both Jew and Gentile, and by his sacrifice to give Jew and Gentile a common access to God through faith.”[4]

Paul adds in verse 15 that the aim of Christ was “that he might create in himself one new man in place of the two, so making peace.” Here he pictures the church as a single person – and by his blood united them to himself, so that “in himself” there would be only one new person, namely, Christ. He is their common identity –Jew and Gentile are the one body of the one new man Jesus Christ.[5]

This is an opportunity for the Canadian church to be the church God intended all along. Marked by diversity in unity in fulfillment of Jesus’ high priestly prayer (John 17). It is also the opportunity to be a “house of prayer for all nations” (Mark 11:17), reaching the mosaic of people who have come to our doorstep. Finally, it is the opportunity to live out our true identify as the New Humanity in whom reconciliation between Jew and Gentile, yellow, brown, black and white, male and female, rich and poor, young and old and every variety of background, culture, taste and preference finds its realization in vivid, living colour for the world to see.[6]

As stated above, I admire Horgan’s boldness in denouncing anti-Asian rhetoric and racist action brought on by the global pandemic.

However, his appeal to multiculturalism as a remedy is limited by the reality of human depravity and, dare I say it, wickedness. A social policy of accommodation, tolerance and co-existence will not restrain the development of stereotypes nor fear-based xenophobia.

It is only when we allow the transforming work of Jesus through His Holy Spirit to change our view of the “Other” that true racial reconciliation and harmony can be experienced. However, for this view to affect greater society, it must exist in our faith communities first.

It is my hope that as churches strive to be missional communities, we would hear pastors address the topic of racism from the pulpit.

Furthermore, could the Christian leaders of Vancouver and across Canada stand together to denounce this injustice publicly, calling on reform but also racial reconciliation? This is our time to show the world who are His disciples, by how we show love to another. 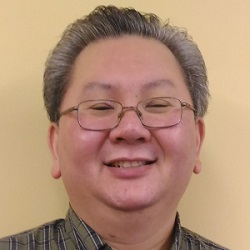 Sherman Lau serves as the Manager of Agency Collaboration at Mission Central. He is also currently pursuing a Doctor of Intercultural Studies program at Western Seminary in Portland, Oregon. He is passionate about equipping the church to be intercultural people of God.

This comment is re-posted by permission from the Mission Central site.

Thomas Tam, based in Metro Vancouver and executive director of Chinese Christian Mission (CCM) of Canada, wrote a similar comment April 27: An Open Letter to Canadian Communities.
Share this story