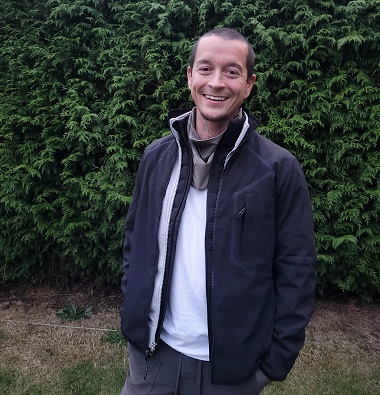 Andrew Buchanan was born in Toyama Prefecture and will land in Tokyo in November.

I was waylaid today, by the bookstore on Broadway at Macdonald. Waiting for the bus, I looked through the window and saw an ink drawing of a single thistle stem upon a book titled Japanese Death Poems Written by Zen Monks and Haiku Poets on the Verge of Death.

Well isn’t this fortuitous, I found myself thinking. Perhaps I can be reimbursed for this as a ministry expense. Reading it this afternoon, what stood out to me was the gravity with which the Japanese consider their historic themes: “the beauty of nature; grief and sorrow over the transience of all things.”

Japan is dear to me. I was born in the mountains of Toyama Prefecture. My parents had moved there from Montreal to share the gospel. I had little interest in their flannelgraph stories; their door to door kindness. I thought their faith a funny thing. How can they be so sure? Their gilt pages against the golden butsudan altars of our Buddhist neighbours. I ran squelching through the mud of rice fields, tadpoles round the ankles as I wondered why I’m not a dragonfly.

Their love was apparent though. Clearly informed by Christ’s Great Commandment. Love did seem a significant thing, though when it came to practice, I found contempt to be the most natural.

Despite my best attempts at upsetting their love, I never could quite get myself disowned. By 16 we’d left Japan because I was causing havoc at the boarding school.

In Montreal, the New Age appealed to me deeply. Sure, Jesus had some neat ideas, but so did the Buddha, and Rumi, Lao Tzu, Sagan and the Hindu pantheon. Different paths up that mountain, eh.

By the time I was 22, covered in tattoos and scarification, proudly bearing a legal name change showcasing my supposed divinity, pupils wide on hallucinogens, I hitched rides deeper into the jungle of Chiapas, Mexico. Chanting incantations by the fire, I attempted to summon spirits’ aid in my quest for enlightenment. But didn’t find it.

My dad had been a longhaired hippie who had hitchhiked Canada. Heading back east he fell in with some Jesus People in Hope, BC, and heard the gospel. He always talks about how the Beatles’ transcendental meditation never led him anywhere but a dark interior. I was beginning to notice the same. The Great Commandment and its love didn’t appear to be manifesting in my heart or any of my spiritually inclined friends.

It was the resurrection that brought things home for me. Better than the best of human musings, if Jesus actually broke through death, then He’s the One that’d know what’s what.

I still didn’t like His exclusivity though. How is it fair? How’s any of this fair? But Romans 9 put me in my place. “Who are you, O man, to speak back to God? Will what is molded say to its molder, ‘Why have you made me like this?’ Has the potter no right over the clay?”

And that was that.

God stepped out from behind those pages. I saw that I’d been masquerading as Him. But instead of judgment’s gavel, He reached out in love with the nail-pierced hands of Jesus. I believed.

Then in 2011 the Great East Japan Earthquake knocked the earth six inches off its axis. My church in Calgary sent me back for three months to volunteer and witness. Amidst the tsunami’s aftermath, I got the call: “Share the Gospel.” 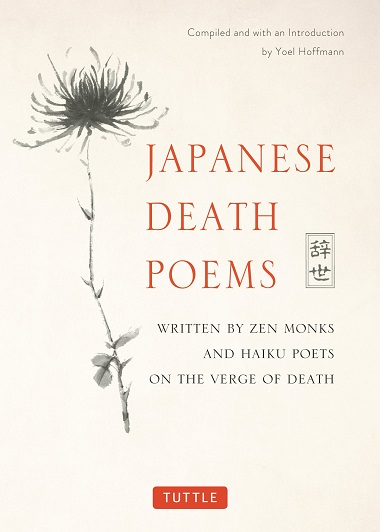 The Japanese have this concept of gaman. Zen Buddhist in origin, it has to do with enduring the unbearable. A sort of stoicism, resolved to carry on despite everything. And while they’re romantic about it – as in the poignant appreciation of a wilting flower, the petals eventually fall. But there is no resurrection. No concept of Hope. Not like Christ gives.

So for the last 11 years I’ve been preparing. The Evangelical Institute of Greenville, Regent College, St. John’s Vancouver and their Artizo Ministry Apprenticeship.

I’ve partnered with The Evangelical Alliance Mission (TEAM), and next month I move to Tokyo. I’ve got dreams: missional communities, a school of discipleship, a permaculture farm, a Christian utopia!

But honestly, I think it’s going to be the faithful and mundane that makes the difference. Prayer and the Word. If faith comes by hearing, then let me be one that speaks God’s promises.

My six and 70 years are through.

I was not born, I am not dead.

The moon curves through its million-mile course.

I can’t help but appreciate its dignity. But his is a disenchanted world. And while the Japanese may excel in their aesthetic sense, I see the face that has gifted us all this beauty. I want to share with them the knowledge of His love.

The Word took on flesh and dwelt among us.

And rose again. To live, and to give life in abundance.

He ascended into heaven,

Anyone who would like to hear from Andrew as he travels to Japan in November can sign up for his monthly prayer letter: https://mailchi.mp/1793b600146a/gospel-in-japan-5258093?e=[UNIQID]

← Creating Conversation: Disabilities and the church
BC, Metro Vancouver are ‘leaders’ in Christian decline, religious diversity →

4 comments for “A missionary kid returns home to Japan”