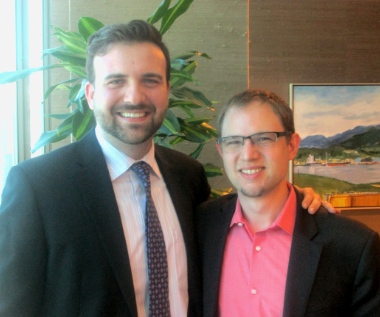 Derek Ross (left) leads the Christian Legal Fellowship and Geoffrey Trotter is an active member of the Vancouver chapter.

Christian Legal Fellowship (CLF) – Canada’s national association of Christian lawyers – will be holding its annual national conference in Vancouver this fall. Vancouver is home to an active CLF chapter, which hosted CLF’s executive director Derek Ross for a presentation on “Current Challenges to Religious Freedom” in Vancouver March 31.

Ross discussed a number of recent cases, including the litigation surrounding Trinity Western University’s proposed law school, the recent BC Human Rights Tribunal decision in favour of Bethany Paquette, and the Carter case, in which the Supreme Court struck down the prohibition on assisted suicide.

Ross will be representing CLF in the TWU case, and will be joined by a number of CLF members representing other intervenors, including Vancouver lawyer Geoffrey Trotter, who hosted the recent CLF gathering at his law office.

Here he provides a brief overview of his presentation:

The Trinity Western University matter is among the most important religious freedom cases in decades. At its core, the case is about how the law should protect religious beliefs: will it protect only private and uncontroversial religious exercises, or will it protect public and collective expressions of faith?”

CLF is involved in the TWU litigation as an intervenor; that is, a party which serves as a “friend of the court” by offering legal arguments and perspectives that may not otherwise be represented, and that a judge has pre-determined may be helpful.

CLF has intervened at every level of court in the TWU proceedings thus far, and was last week granted intervenor status by the BC Court of Appeal, which will be hearing the case in June (TWU was successful at the BC Supreme Court, but that decision is being appealed by the Law Society of British Columbia).

I will be representing CLF in the case, and am joined by a number of CLF members representing other intervenors, including Vancouver lawyer Geoffrey Trotter. 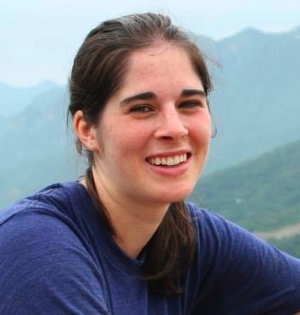 He represented Bethany Paquette, a TWU graduate who was refused employment with a “wilderness guides” company and subjected to harassing emails from its staff when they discovered she had attended TWU.

The BC Human Rights Tribunal concluded that Paquette had been subject to religious discrimination and “egregious” harassment, solely on the basis of her religious beliefs. The company was ordered to pay Paquette $8,500 for injury to dignity.

Trotter described the decision as a victory for everyone, regardless of beliefs or background: “The Human Rights Tribunal sent a very clear message to all prospective employers: discrimination is wrong and illegal no matter which minority group is involved, and that as Canadians, we embrace diversity, which includes many different faith communities.”

Also discussed at the meeting was the Carter decision (in which the Supreme Court of Canada struck down Canada’s criminal ban on assisted suicide), and its impact on health care providers who have conscientious objections to participating in assisted suicide or euthanasia. CLF has been actively involved in advocating for freedom of conscience and the protection of vulnerable patients in this area. 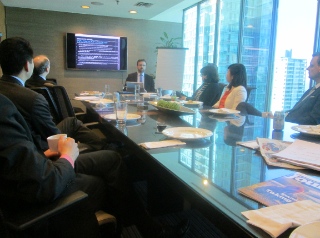 Derek Ross addressing CLF members in Vancouver; he will be appearing before the BC Court of Appeal in June and be back for the national conference in September.

Christian lawyers ought to play an important role in working to secure justice for all Canadians – not just for fellow Christians. As lawyers, we have a moral obligation to seek justice for our clients and act with integrity in so doing.

Across the country, CLF lawyers are seeking to do exactly that, not just in constitutional law, but in all areas of law. Our prayer is that we might, through our vocation, fulfill the biblical mandate, “To act justly and to love mercy and to walk humbly with your God.” (Micah 6:8)

CLF’s National Conference (September 23 – 25) will gather law students, lawyers, law professors and judges from across the country, and is the largest event of its kind in Canada.

More information about CLF, including updates on their projects and events, and links to their legal submissions, can be found at http://www.christianlegalfellowship.org.