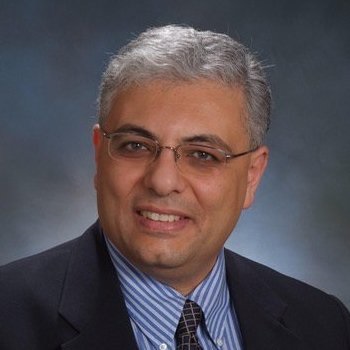 Wafik Wahba is an expert on the relationship between Christianity and Islam.

Wafik Wahba will teach Christianity & Islam: Global Perspectives at Regent College June 25 – 29. He will also present a lecture on Understanding Current Dynamics in Christian-Muslim Relationships on the evening of June 25.

Following is an article he wrote for the January 2018 issue of Lausanne Global Analysis.

In April 9, 2017, as Egyptian Christians were celebrating Palm Sunday, carrying palm branches and chanting ‘Hosanna in the Highest’, coordinated bomb attacks on major churches in Alexandria and Tanta in northern Egypt left tens of people dead and hundreds seriously injured. The joyful celebration turned into mourning across the country.

Throughout history, the Copts – the indigenous Christians of Egypt – have endured sporadic and sometimes intense times of persecution[1]:

One of the pressing questions that usually arises in such a context is, ‘why the attacks on Christians?’ After all, the Copts never initiated attacks on others; on the contrary, they live in harmony with the larger community contributing to the overall well-being of their society.

The majority of those who attend Christian schools in Egypt, who are treated in Christian hospitals or who benefit from the social services offered by Christian organizations are non-Christians. So why visit such atrocities on peaceful Egyptian Christians?

Christian and Muslim communities have coexisted in Egypt for 13 centuries, one of the longest examples of coexistence. The history of their interaction is long and rich, carrying several layers of memories and events. Some of those memories are painful and discouraging, others are hopeful and promising.

Christian-Muslim relationships are often viewed through the lenses of the perception of the other; the way in which each community perceives the other usually results in certain attitudes and actions:

Such tension should be viewed in the larger context of the current socio-political structure of the country.

During the 20th century, Egypt sought to adopt modernizing programs in education, social life and political systems. Principles of coexistence and mutual respect between the two religious communities were key elements. Unfortunately, such programs failed to provide long-term viable social or political reform due to corruption, dictatorial models of leadership and various outside forces trying to steer the country in one direction or another.

As these programs failed to create stable socio-political systems, a new surge of Islamic revivalism emerged during the second half of the 20th century, trying to fill the socio-political void. It took the form of increased personal and public observance, such as a renewed commitment to attending mosque or wearing traditional Islamic dress as a way of asserting Islamic identity against secularization and Western-style modernization. Often such modernization is perceived as ‘Christian.’

Meanwhile, Egypt saw a proliferation of religious programs in education, Islamic publications and media programs, while the masses were encouraged to adhere to Islamic religious observances through the influence of charismatic preachers.

Such intensification of religious fervour created a new commitment among the masses to adhere to the ‘straight path of Islam’ against a perceived disbelief and infidelity inherent in Christianity and adopted by Christians. It created an intensified awareness of religious differences between Christians and Muslims.

Religious tensions at the global level are also affecting Christian-Muslim relationships in countries like Egypt.[2] Many Muslims are not able to distinguish between the secularized structure of Western societies and Christianity. Political decisions and interaction with the West are often perceived as an Islamic-Christian struggle over domination of the world’s resources and territories.

Some traditionalist Islamists even view the Western agenda as a deliberate offense against Muslims and Islam. Accordingly, Christian communities, as in Egypt, become an easy target in attacks on the Western agenda which is perceived to be ‘Christian.’

In a rapidly changing world of social conflicts, and political and economic instability, feelings of distress sometimes result in irrational reactions, a reality that often colours the daily encounters between Christians and Muslims in Egypt.

In the assertion of an Islamic identity against such socio-economic and political upheavals, Christian-Muslim relations usually suffer the most. While Christians and Muslims in Egypt are facing the same socio-political problems and economic strains, Christians sometimes become the targets for attacks as a way of venting Muslim frustration.

The very presence of Christians in a predominantly Muslim society like Egypt irritates Muslims, particularly traditionalist Islamists, who seek the creation of an Islamic community based on Islamic principles. From their point of view, Islam is the final and only true faith. Therefore, other communities should submit to God and God’s law as described in Islam.

The expectation is that all other communities, including Christians, will come to accept the final and true faith. Therefore, the existence of other religious communities (even as a minority) is considered a challenge or a threat to Islam itself.

Overall, the presence of Christians in predominantly Muslim societies has attracted envious suspicion and reproach. They are accused of possessing hidden resources or exercising a power beyond their number – conspiracy theory-based influence that offends the pride of those who feel they should properly exercise their functions. Because of the prosperity of some Christians, along with their notable role in administration and finance, they become targets for anger that has no legitimate cause.

Such emotions are often undefined, and Christians’ attempts to be public-spirited, to assimilate or even be apologetic, may only serve to fuel the animosity. In such a context, Christian self-definition and self-fulfilment can only be attained within the limitation of the socio-political framework drawn by Islamic rule. Shaped by such a cluster of religious, cultural and political circumstances, a constant theme for the Copts has been their destiny and even survival in coexistence with Islam.

This in turn has created a sense of mutual isolation and hostility between the two communities that did not exist before. Despite the influence of a semi-secularized state system that affirms one citizenship under a common civil law, the communal mentality and cultural isolation persist, with both communities unable to appreciate each other’s religious tradition. Isolation often creates misconceptions on both sides.

From an Islamic point of view, what is true and acceptable is what the larger society upholds as true. Since Christians uphold religious beliefs and values that differ from and even contradict this norm, they are often viewed with suspicion.

From the traditionalist point of view, non-Muslims are ‘unbelievers’ or ‘infidels’ whose religious beliefs and lifestyle cannot be tolerated. Muslims in general are concerned that Christians exhibit a lifestyle that is not compatible with what Islam perceives as the true worship of God and a godly lifestyle.

As a result, Christians have resolved to create their own communities (often inside the church) within the larger society, as their way of maintaining their religious beliefs and values against Islamic criticism and sometimes forced conversion. Such cultural hibernation became a means for survival and upholding a historical and cultural identity that otherwise will be engulfed by the larger society.

The ultimate escape out of this strained social context is leaving the country altogether. More than half a million Copts have emigrated from Egypt during the last seven years alone, adding to the three million already living outside Egypt.

While many Christians struggle to choose between leaving the country or enduring more suffering, the extraordinary Christian response to the violent attacks that have taken place since 2013 has provided many opportunities for witness to the gospel and a renewed sense of mission to the larger community.

Christians did not seek revenge; instead they extended forgiveness to those who murdered their loved ones. Many Christian families embrace martyrdom as a gift from God and to God, while keeping a balance between their love for life and their willingness to die for Christ. As one of the bishops put it at a mass funeral of the martyrs:

True, we love martyrdom. But we also love life. We don’t hate life on earth. God created us on earth to live, not die. The fact that we accept death doesn’t mean our blood is cheap, and it doesn’t mean that it doesn’t matter to us. We do not commit suicide. But we witness for Christ, whether by our lives or by our transition to heaven. If we live, we live for the Lord; and if we die, we die for the Lord.[3]

Social media and other media reported such extraordinary attitudes of Christian forgiveness, interviewing members of the families who have lost loved ones. They openly spoke about their Christian faith and what it means to extend God’s forgiveness.

Such powerful Christian testimonies had a lasting impact on the larger Muslim community that was stunned by the Christian response. In many instances, Muslims were outraged at the blind and evil hatred behind these atrocities, expressing their astonishment at Christians’ emphasis on love and forgiveness.

This powerful Christian testimony to the gospel of love and forgiveness amid hatred will have a positive impact on the attitudes of many Muslims towards Christianity and the Christians. It raises curiosity about the Christian faith and the gospel of forgiveness prompting many to ask themselves, ‘what kind of faith is this?’ Meanwhile, many Christians have been empowered by the testimonies of those who boldly extended love and forgiveness, giving them a renewed sense of mission amid suffering.

What is happening in Egypt is not a remote event in church history, but a living testimony to the power of the Christian faith.

The global church is enriched by the faithful witness of many Egyptian Christians whose faith exemplifies the true meaning of hope. The global church is being reminded anew that at the heart of the Christian witness is a capacity to suffer for Christ. ‘For it has been granted to you on behalf of Christ not only to believe in him, but also to suffer for him’ (Philippians 1:29). Life in Christ is also a call to faithfulness till death.

Being faithful witnesses, Christians not only suffer for Christ but also hope for a glorified future with God. The Palm Sunday Egyptian martyrs instantly exchanged their bloodied earthy robes for martyrs’ robes washed white in the blood of the Lamb; and their earthly palm branches were exchanged for heavenly ones as they stood worshiping the Lamb seated on the throne (Revelation 7).

The global church is called faithfully to pray for the church of the martyrs, as the Christians of Egypt seek faithfully to live the gospel of love and forgiveness during times of suffering and persecution.

Wafik Wahba (ThM, Princeton; PhD, Northwestern) is associate professor of Global Christianity at Tyndale Seminary in Toronto. He has taught theology, global Christianity, cultural contextualization and Islam in the United States, Middle East, Africa, South East Asia and South America, and has pastored churches in Chicago, IL and Toronto, Canada. His book, Christianity and Islam: Global Perspectives, will be published in 2018 by IVP Academic.

This article originally appeared in the January 2018 issue of the Lausanne Global Analysis and is published here with permission. To receive this free bimonthly publication from the Lausanne Movement, subscribe online at www.lausanne.org/analysis.
Share this story