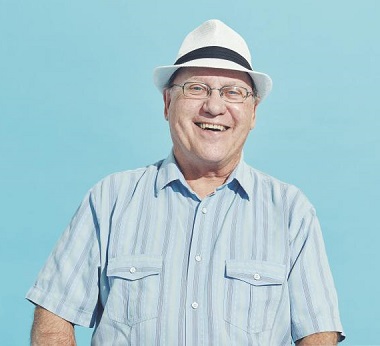 Harry Nigh founded CoSA, which has now been adopted around the world. Daniel Ehrenworth photo

In 1994, the pastor of a small inner city church led his parishioners to provide constant companionship and support to a high-risk sex offender.

Prison officials deemed Charlie 100 percent certain to reoffend upon ‘warrant expiry’ – time of mandated release – but thanks to that continued intervention, he never did reoffend.

Little did Harry Nigh and his fellow Brethren in Christ church members know then that the model established by this initial experiment in Hamilton, Ontario – called Circles of Support and Accountability / CoSA) – would be replicated across Canada, and eventually worldwide.

No one is disposable. No more victims.

Its twin mantra: No one is disposable. No more victims. One could add: Woe betide any of us if defined by our worst acts. There but for the grace of God . . .

In 1999, two people accompanied a notorious sex offender to another BC community. He had just been run out of a town in the Interior, and had been forced to leave two previous localities. He was scared.

But this final time, upon release, there was a first-ever CoSA in BC ready to receive him. He’s been crime-free ever since. 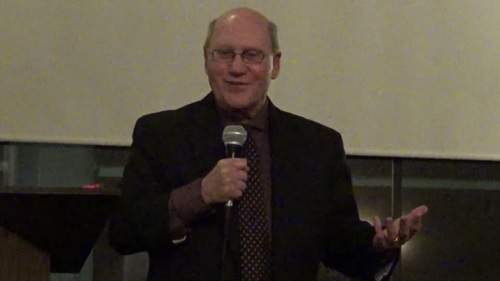 In 2020, at the last CoSA Vancouver Fraser Valley Banquet, guest speaker Harry Nigh recounted some early experiences in this work.

How do you work against poverty if you don’t know the name of one poor [/marginalized] person? Justice needs to have a personal, relational dimension, otherwise we’re talking theory.

That speaks directly to CoSA.

CoSA comes to BC

In 2004, Maureen Donegan (then head of Catholic Charities) worked together with M2/W2, a prison visitation program in Abbotsford, to launch CoSA locally. Today she is Coordinator of CoSA Vancouver Fraser Valley, and Catholic Justice Services Society operates the program.

Some of these addressed us with expressions of warm support; their backing has been a constant for years. It speaks to the excellence of the program and Maureen’s leadership.

Current five-year federal Public Safety funding of a dozen initiatives across Canada, which includes a research component, winds down this month. Unfortunately, it will not be renewed.

But Maureen announced that funding is in place the coming year for CoSA VFV, thanks to the support of the Archdiocese of Vancouver, along with government and private contributions. 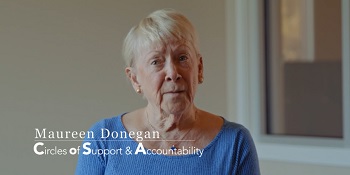 We heard several testimonials, including from K, who has been in a Circle since 2020. He spoke eloquently: about the destructive nature of all crime, not least sexual offending.

He acknowledged society’s fear and hatred of sex offenders – ultimate pariahs both in prison and beyond. He expressed appreciation that his Circle extends grace and forgiveness, and upholds his fundamental human dignity without judging.

Bev Katchmer also shared. A leader in the Catholic Women’s League, she is on K’s Circle (and three others!). Having already worked for many years in the prisons with Catholic Charities, she felt a calling to participate with CoSA when she heard about it, beginning four years ago.

The experience, she said, has been better than she could have imagined. Her bottom line: “Everybody deserves a second chance – even more!” She went on, indicating that we all need support and accountability throughout our lives.

She expressed pride in seeing K’s success at finding an apartment, at the full-time job he secured and at his remaining crime-free. She praised CoSA staff for their excellent training sessions, their leadership and their support.

As she returned to her seat, Archbishop Miller stood up to warmly thank her, and her husband Tony gave her a hug. He also stood spontaneously to offer a handshake to the two CMs at his table who shared. There it was – that wonderful support we all need! 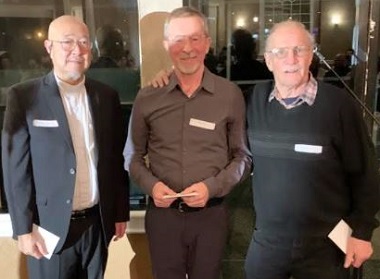 It was heartening to hear excellent comments by a Sikh volunteer, and affirmations from Dan Jack – Regional Administrator of Indigenous Initiatives, CSC Pacific Region.

That speaks to the issue of diversity; and to the fact that while most volunteers acknowledge Christian motivation, no faith expression is expected from CMs or volunteers. Outright proselytizing is in fact verboten.

How do volunteers come to ‘care?’

In the early years of CoSA, National Post columnist Barbara Kay once reflected on the work:

How do volunteers come to ‘care’ . . .? It helps to be a Christian . . . With expansion, recruitment of volunteers becomes harder. I suspect Christians will continue to be the majority among them. The Christian faith, uniquely among the world’s religions, has inspired an awesome tradition of ministering to the ‘lepers’ most of us cannot bear to look at.

How does one work against sexual offending? CoSA shows the way: Doing the works of mercy one ‘leper’ at a time. Amen. 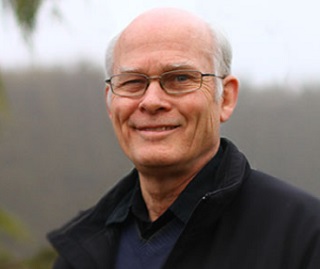 If you are interested in helping further the cause of safer communities, please visit https://www.vfvcosa.org/donation.

If you wish to learn more about volunteering with CoSA, please contact Angela Veters (vfvcosa@gmail.com / 778.982.1353) or Maureen Donegan (604.791.1864 / maureendonegan@shaw.ca). They particularly need support in Abbotsford.

Wayne Northey retired as Director of Man-to-Man/Woman-to-Woman–Restorative Christian Ministries (M2/W2) in Abbotsford in 2014. He has been active in the criminal justice arena and a keen promoter of restorative justice since 1974.

For links to earlier stories about CoSA and other restorative justice programs on Church for Vancouver go here.