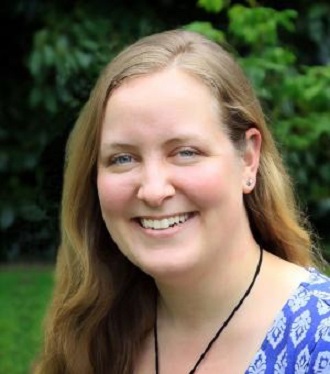 Dr. Bethany Sollereder began her studies in science and religion at Regent College; she is now a Postdoctoral Fellow in Science and Religion on the Faculty of Theology and Religion at the University of Oxford.

Bethany Sollereder will be visiting Regent College August 1 to deliver a lunchtime lecture entitled God, Evolution and Animal Suffering: Theodicy Without a Fall. Dr. Sollereder is a Regent College graduate, and currently serves as Postdoctoral Fellow in Science and Religion on the Faculty of Theology and Religion at the University of Oxford.

The interview was conducted by Jennifer Wotochek, a current student in Regent College’s Master of Arts in Theological Studies program. A portion of the interview is re-posted here by permission.

Jennifer Wotochek: The first question I’d like to ask is: how did your studies at Regent College further your interest in the science-theology dialogue? Where have you been since leaving Regent?

Bethany Sollereder: Regent had a huge impact on me. I had decided to switch from history to doing science and religion the summer before I came, because I met a Regent alumnus named Denis Lamoureux, who’s the chair of science and religion in Edmonton, where I was living.

I came into Regent and knew nothing about science and religion – I’d literally read one book in the area – but decided to shape all my time at Regent pursuing these questions about evolution, death, suffering and the goodness of God. It was also a big academic step up from the Bible college I had been at where the focus is very much on practical training.

People like Iain Provan and Loren Wilkinson were huge influences on these questions of integrating scripture and science. So, I really think of Regent as my launching point for the path that followed. After Regent, I went to the University of Exeter where I did my PhD with Christopher Southgate and then have been here at Oxford for five years.

Jennifer Wotochek: Your book is called God, Evolution and Animal Suffering: Theodicy Without a Fall. That’s an interesting subtitle. Given that amongst some theologians there’s been a move away from theodicy, what are you seeking to accomplish with the book? 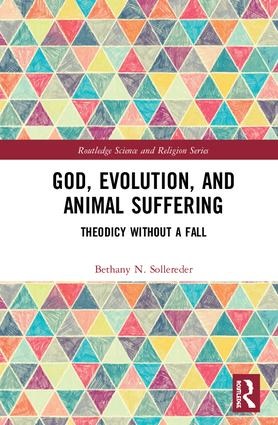 Bethany Sollereder: That’s a great question. What I was seeking to accomplish was to build a theological foundation for people who started realizing that evolution really had a lot of credibility.

For people who thought: “You know what? I can’t deny the sort of overwhelming science that points towards evolution. But this undoes everything I’ve been taught about the way that God made the world: that God made it totally peaceable, and that all suffering and death and extinction are a result of the Fall. So what do I do with a God who creates through using death? What do I do with death not as an enemy but actually part of the toolbox of creation?”

I wanted to explore those questions so that people encountering evolution and starting to take it seriously would have a theological place to land – so that they wouldn’t have to figure this all out. Not that I figured it all out, but at least I’ve beaten a track through the wilderness with the help of other pioneers, including Nicola Hoggard Creegan, Christopher Southgate, Michael Murray and others.

Jennifer Wotochek: You have said that non-human creation, including the “steady gaze at evolution’s suffering past,” is declared “very good.” If this is so, why does it need to be redeemed? How do we understand the very goodness of creation and its simultaneous need for redemption, especially in light of traditional teaching about creation which views it as perfect before the Fall?

You can think of it as life that is not constrained by the way that our bodies constrain life on earth. There’s a lot of scope for redemption even without sin in the picture, because the majority of animals that are born don’t live flourishing lives. The majority of animals die early, die sick, die young. If you look at sockeye salmon, they can produce up to a hundred thousand eggs in a single spawning session of which maybe only three or four will become adult salmon to return to spawn again.

The scale of production versus the scale of animals that actually live a long flourishing life is very small. There’s redemption for that sort of lost potential, even before humans enter the picture.

But of course, once humans enter the picture, and you have the entrance of sin into the world, then you have another kind of redemption. Then you need redemption from the deleterious, harmful effects that human sin brings into the world, which we’re seeing in unparalleled ways with today’s climate crisis.

Jennifer Wotochek: Staying with that theme a little longer, if death is a part of evolution and a tool that God has chosen to use in order to bring about the fullness of creation and his purposes for the whole cosmos, why do creatures, including humans, fight against it so vigorously? What would you say to Christians who point to Jesus’ own reactions to death, say, his weeping at Lazarus’ tomb or his anguished pleading with God in Gethsemane about his own impending death, as evidence that death is actually not a tool that God would use?

Bethany Sollereder: Well, I think if we’re going to have evolutionary survival, you simply have to avoid death because you need to live long enough to reproduce to keep going. As soon as you have a natural, physical world, you need to have an avoidance of death, just like you need an avoidance of pain. It is a good thing that touching a hot stove hurts because then I pull away and know not to do it again. Where you have people who are unable to feel pain as in the case of Hansen’s disease, or leprosy, where people lose the ability to feel pain, they simply destroy their own bodies. Not feeling pain is actually a curse, not a blessing. If what people had in the Bible was true leprosy, was in fact modern-day Hansen’s disease, then Jesus by healing them restored their ability to feel pain, he didn’t take pain away.

In a similar way, when we see Jesus raising the dead, typically, it’s the young. In the case of Lazarus, that has economic and social implications for his sisters, Mary and Martha, who would have been utterly destitute without a supportive man in their life. So this isn’t death in general; Jesus doesn’t go by the funeral of the old man who died full of years and raise him from the dead, but responds to the needs of the destitute and those who have failed to find flourishing. There is not a problem with death in general, but death as it exists in specific places and times when it is affected by sin and particular social conditions.

The other thing to consider is that there are lots of times in nature where death isn’t avoided. There are lots of creatures who will actually realize that it’s their time and place to die and so will separate themselves from their pack, go off food and water, and head out into the wilderness alone in order to die. We sometimes see that with domesticated dogs and other animals.  What we see is not an unreflective instinct that says always avoid death; there is a sense of a time and a place where even nonhuman animals will actively engage in dying.

In regard to Jesus’ reaction to his own death and his experience in the garden, I do want to hedge my response here by saying I’ve largely dealt with animal death in my research, and not with human deaths. Your question steps beyond what I’ve worked through very carefully.

Yet, there is still a sense in which we can say that death, while being natural, is still something that we grieve over. Insofar as Jesus was truly human, the loss of his friends, and particularly, the effect of seeing Mary’s grief and Martha’s grief, seems to trigger Jesus’s grief too. He’s seeing this loss and immersed in that community of grief.

With his own death, I think you’ve got the addition of the weight of sin hanging upon him. We are told that the sting of death is sin, and Jesus would have been experiencing the full measure of that.

Whereas Paul, on the other side, says we actually grieve differently from people who have no hope of redemption. So you don’t just have one voice about death in Scripture, there are varied, multiple voices that have to be held together somehow.