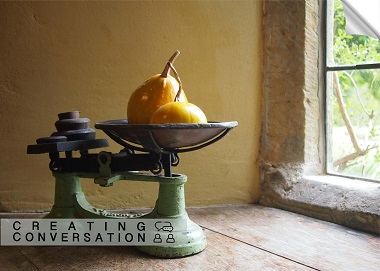 Our weekly Creating Conversation editorial gives opportunity for people to speak about issues they believe are vital for the church to respond to.

Shadia Qubti is a Palestinian Christian who was born and raised in Nazareth.

I have always had to discern how to talk about my context in a way that enables a healthy conversation and a call to action. This discernment does not only consider the familiarity of the listener with the Israeli-Palestinian context, but also their familiarity with multi-layered systems of imbalance of power.

This imbalance is felt here in Canada too, because when news about Israel or Palestine reaches outlets, the default is a pro-Israeli narrative of events. And more importantly, these narratives often expose the symptoms of these systems, with less attention to their underlying causes.

Similar patterns are mirrored in church conversations, where my context has been coated with a theological layer to echo the same imbalance of power. As a theologian and a sister in Christ, these conversations have direct implications for the existence of the church in Israel and Palestine.

To start with, as in any other society, there are always those who are at an advantage compared to others, be it with economic wealth or social status, on a macro level, or fluency in the local language or its cultural norms, on a micro level.

These advantages grant its owner better prospects for success, however society constructs the meaning of success.

One of the good things in North American societies is that those who are disadvantaged have more opportunity for success. Where I come from this is not the case, because access to these advantages is determined by your ethnic identity, which is a construct you are given by birth, and not by choice.

This is one of the underlying causes of recurring cycles of violence in which Israel uses its power to maintain its advantages, while Palestinians use theirs to challenge them. In addition, international actors are involved in the decision-making, albeit behind closed doors.

In this article, I want to bring attention to the role Canadians in general and Christians in particular play in enabling (or disabling) the status quo.

The imbalance of power between Israel and Palestine is very striking, especially if you have been there.

While Jerusalem, at least parts you have been exposed to, looks much like any other western city, the latter does not. Bethlehem has narrower and less maintained streets where pedestrians and cars are overcrowded, not to forget the eight-metre separation wall you as a tourist travel through, with billboards of ‘Welcome to the Holy Land’ intended to distract you from your experience of crossing a military checkpoint.

As a Palestinian citizen of Israel, I have more freedom of movement than Palestinians in the West Bank. Yet Nazareth, my hometown, is more similar to Bethlehem than to Jerusalem, though I pay taxes the same as any Israeli citizen.

It is overcrowded, with no possibility of expanding, except vertically. I recall one incident where a European brother in Christ – when he found out I was from Nazareth – told me how filthy it was. That may be true, but again, this is a symptom of a much larger problem.

I have struggled to accept this reality, the reality of being treated less than justly because I am Palestinian. Racism and dehumanization used to be subtle in Israeli society, but in the last few years they have become loud and clear. This is one of the main reasons why many Palestinians in Israel protested last month.

A new front developed in the recent cycle of violence – clashes between Israeli settlers and Palestinians in mixed neighbourhoods in Israel. Lod, Haifa, Ramle and Jaffa – cities known as symbols of Jewish and Arab coexistence – became new battlefields.1

My brother’s family (wife and two beautiful daughters, ages two and five) live in one of these cities, and he was very scared for their safety. In some neighbourhoods, Israeli settlers marked Arab houses so that they could communicate to each other which houses to attack.2

In most of these attacks, Israeli police either protected Jewish attackers or joined them.3 Police forces maintain the imbalance of power. This imbalance was prominent in the aftermath of these clashes as well.

According to Mossawa Center “the prosecutor’s office has filed 263 indictments, of which 30 are against Israeli Jews and 233 are against Palestinian citizens.”4

Again, these are only symptoms of a larger system that uses all sectors, the judicial, educational, economic, political and social to maintain an unjust reality. 5 In Israel, if you are Jewish then you live in an Israeli democracy and if you are not, regardless if you’re Muslim or Christian, then you live in an ethnocracy where you are a second-class citizen.

This anecdotal description poses an existential challenge to our faith as Christians. How can we, as the local church, respond to this reality? This has been a fundamental question Palestinian theologians grapple with.6

Palestinian Christians have to counter the theological imbalance of power. For example, when brothers and sisters in Christ say to me, and to my community, that the state of Israel is God’s fulfillment of prophecy or that blessing the state of Israel is a Christian commandment, this creates a dissonance between our theology and reality on so many levels.

This theology harms us directly. To believe that the state of Israel is God’s fulfillment of prophecy leaves Palestinian Christians with the perception that God allowed their ethnic cleansing so that God’s people can move there.

This does not reflect my understanding of God who sent his only begotten Son because he loved the world (John 3:16), regardless of ethnicity, gender or any other group identities (Galatians 3:28). Such theology excludes Palestinian Christians as part of God’s people.

How did God allow his children’s displacement so that his other children can be placed? This understanding denotes favoritism, which contradicts my evangelical faith.

Another challenge I am confronted with is reading Old Testament texts where God is a conqueror. The recent incident of Israeli settlers marking Arab households has resurfaced this challenge in my reading of the tenth plague – the death of the firstborns (Exodus 11:1-12:36).

While the focus of this story is on God delivering his people, how do we grapple with God killing Egyptian firstborns? Or the destruction of Jericho (Joshua 6:1-27)? Or the annihilation of the Canaanites?

How can I understand (and accept) violence done in the name of God to biblical ‘others?’ To internalize God’s deliverance of the Israelites requires grappling with God allowing the annihilation of the Canaanites, which is problematic in a contemporary worldview.

Furthermore, to connect biblical ‘others’ with current people groups, regardless of its genetic accuracy, can justify and rationalize current violence perpetrated on them. This is especially true if your own lineage has suffered in the name of Western Christian colonialism . How do we process the darker side of Christian history (and present)?

To associate a living people group with biblical antagonists is a dangerous theology.

As a Christian, my role in society is to challenge the gap between practice and theology. In a context that calls for exclusion, my lived theology calls for the embrace of all people, because God created man and woman in his image.

Palestinian Christians are suffering and have been sending signals to the rest of the body to acknowledge their pain and join them in their healing. Following the recent events in Palestine and Israel, many have responded.

On May 21, Pope Francis called on the church to join in prayer for peace.7 In April, 12 Canadian Church leaders sent a letter to the Canadian foreign minister calling for opposition to Israeli’s evictions and demolition of Palestinians homes.8

I ask myself why none of these leaders are representatives of an evangelical community. There have been several public protests in downtown Vancouver organized by Palestinian solidarity groups.

Unfortunately, the last events have coined a new vocabulary that reflects the realities of the imbalance of power by Israel as an apartheid state.9 This has not changed the Palestinian Christian outcry, and will not change until there is equality and freedom for all. But the current climate has pushed church leaders to name things for what they are.10

So, when I talk about my context, especially to those unfamiliar with the impact of multiple layers of a system of imbalance of power, the symptoms are usually the centre of attention.

The discourse of this conflict having two equal sides is not accurate. The power structure that Israel maintains is a catalyst to understanding the underlying causes. Therefore, a necessary conversation about Israel and Palestine must expose and challenge these underlying causes, which are also embedded in the default pro-Israeli narrative.

For the sake of a long-lasting peace where both Israelis and Palestinians live in equality, dignity and prosperity, conversations must begin in examining our theologies and their implications on our brothers and sisters and their respective communities.

7 “Pope Francis Calls on Universal Church to Join in Prayer for Peace in Holy Land,” Latin Patriarchate of Jerusalem, https://www.lpj.org/posts/pope-francis-calls-on-universal-church-join-in-prayer-for-peace-in-holy-land.html

9 “A Threshold Crossed,” Human Rights Watch, April 27, 2021, https://www.hrw.org/report/2021/04/27/threshold-crossed/israeli-authorities-and-crimes-apartheid-and-persecution; see also “A Regime of Jewish Supremacy from the Jordan River to the Mediterranean Sea: This Is Apartheid,” B’Tselem, https://www.btselem.org/publications/fulltext/202101_this_is_apartheid

10 Munther Isaac, “An Open Letter to U.S. Christians from a Palestinian Pastor,” Sojourners, May 20, 2021, https://sojo.net/articles/open-letter-us-christians-palestinian-pastor; See also Yohanna Katanacho, “How Should followers of Christ Respond to the Current Situation in Israel/Palestine?” Come and See, May 11,2021, http://www.comeandsee.com/view.php?sid=1401 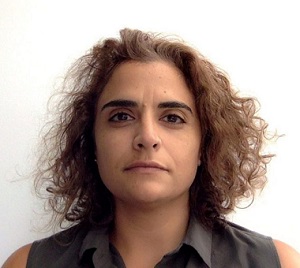 Shadia Qubti has worked in peace building and advocacy initiatives for 15 years. She is particularly focused on amplifying the voices and perspectives of women and other minorities in a variety of ways, one of which was in the Women Behind the Wall podcast.

She studied International Relations and English Language at the Hebrew University in Jerusalem, and Conflict Resolution and Nonviolent Action at Trinity Dublin College in Ireland. Currently, she is pursuing another masters in Interreligious and Indigenous Studies at Vancouver School of Theology.

← On the Damascus Road
Around Town: BC appreciates us, Send Network, Born to Shine, ‘215’: A Lament →