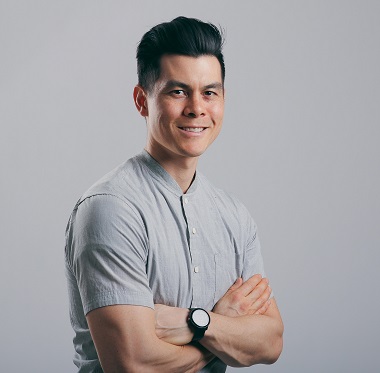 Carlos had a growing suspicion that something was off. It wasn’t one thing specifically, but a cornucopia of symptoms that were affecting his overall health. So he went to see the doctor who, after doing some tests, diagnosed him with high cholesterol. On one hand, Carlos experienced a sigh of relief, it wasn’t a terminal or terrible diagnosis, but it was still something that needed to be dealt with.

The doctor gave him two options: he could take medication or change his lifestyle. The first option was an easier, temporary solution, while the second offered lasting but difficult change.

Carlos said his decision to treat his cholesterol mirrored a decision he consistently faced as a pastor. Something is ‘off’ with Christianity in our place and time. We may not be able to put our finger on one specific thing, but the warning lights are all over the dashboard. This is likely not news to anyone reading this.

But what is the solution? Is it more along the lines of a pill – a short term, engineered, synthetic solution brought to us by experts around the world? Or is it something more akin to a lifestyle change – something that will ask us to reorient our patterns of life and being in the world?

What follows in the next few paragraphs is something like a pamphlet urging us to opt for systemic change rather than a pill.

Why? Because of the type of problem we’re facing.

In their book, Leadership on the Line, Ronald Heifetz and Marty Linsky distinguish between two kinds of problems: adaptive and technical.

Technical problems are those for which the “solutions already lie within the organization’s repertoire” to solve. A pill is a technical solution to the problem of high cholesterol.

The Christian world is filled with technical solutions – many of them well meaning and excellent. And they still ‘work.’ Institute a great program in your church and it will likely eventually increase your budget. Learn to preach like (insert name here) and you will likely get more people listening to your podcast. Improve your livestream and you can grow your reach.

Adaptive challenges on the other hand, “cannot be solved with one’s existing knowledge and skills, requiring people to make a shift in their values, expectations, attitudes or habits of behaviour.” They require a different approach, different leadership and different expectations than technical problems.

So why do I think our current problem in the church in Vancouver is one that requires adaptive leadership rather than more technical solutions?

Because I believe our fundamental problem is not surface, but exists at the level of the story, in the underlying narratives we carry around with us which limit the ability for us to make meaningful changes that will allow for a living and dangerous expression of Jesus.

In the words of the late author, David Foster Wallace, these narratives are the “water we swim in” – the unthoughts we simply carry with us that make up how we see the world, what we value and our vision of the good life.

What are these narratives? Let me briefly outline three: capitalism, Christendom and secularity.

We may lament various symptoms of capitalism obvious in our world and churches – such as consumerism or individualism or materialism.

But in his book The Enchantments of Mammon, Eugene McCarraher states, “Talking about consumerism is a way of not talking about capitalism” (emphasis his). It’s a way of avoiding the true problem – in other words, addressing a technical problem when what is required is adaptive change. 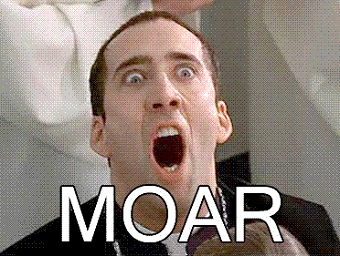 The logic of capitalism is shot through how North American evangelicals think about faith. Our implicit assumption that our churches must be ‘growing’ in quantifiable metrics mirrors the roar of ‘MOAR’ that underlies the growth models of capitalism.

The speed of change, emphasis on church planting and entrepreneurial leadership development ideals could easily have been ripped out of a Silicon Valley accelerator playbook.

To be clear, I do not believe that capitalism is inherently evil, nor am I advocating for an alternative organizational system for the nation of Canada.

Rather, my critique is that capitalism operates as a baseline and unquestioned narrative for us as followers of Jesus which has and continues to form our vision of the world – our expectations of how God can act, and what the good life, ‘progress’ and ‘winning’ look like.

What vistas may open for us if we exchanged the narratives of capitalism for biblical themes like Jubilee? How might it allow us to inhabit this moment in a generous and forgiving posture during a time of promotion and cancel culture?

While the previous story is more fundamentally embedded in Western, evangelical Protestantism, Christendom is a legacy that reaches further back and therefore affects a broader swath of Christians, including Catholics and Orthodox Christians.

Christendom refers to a time when Christianity occupied a privileged place in society. Christian ‘values’ were shared with the society so, for example, if you sent your kids to a public school it would be reasonable to expect the teachers to be working alongside your Christian parenting efforts, even if the teachers themselves weren’t Christians. Clergy occupied an honoured office in the public eye and there was a social pressure to attend or align with a church.

This obviously isn’t the case any more in Vancouver. We now live in post-Christendom, a reaction against the Christendom impulses of the past which results in suspicion and antagonism to faith – or what Tim Keller calls “spotty-Christendom,” where there are still pockets of Christendom thinking alive, which may be more true if you live in certain places in the Lower Mainland.

If this is true, we end up with dissonance between our experience in the world (post-Christendom) and what we think the world should be like (some sort of Christendom). As Christians, this dissonance “leads to anxiety, frustration, anger and even despair, which then manifest themselves, among other things, in acts of impotent political aggression,” as sociologist Hartmut Rosa says.

This is in part due to the unquestioned hum of the Christendom narrative in our collective psyche. This is simply the way things ought to be – we can’t imagine otherwise.

What if, instead, our churches could recapture the vision from John 18, where Jesus says, “My kingdom is not of this world?” What might it do for our relationship and reconciliation with our Indigneous brothers and sisters if we trade Christendom mentalities and embrace identities of “sojourners and exiles” from 1 Peter 2?

How might Christ’s light shine in the darkness if we regain vision for being a prophetic minority from the margins rather than clamouring to get back to the centre?

This header draws on the work of Charles Taylor, the preeminent Canadian philosopher. Taylor defines the achievements and realities of a secular age as a combination of several factors: exclusive humanism (there is not a conceivable good outside of how things affect humanity); the immanent frame (we block out access to and action from the transcendent even though we long for it); cross pressure (the moment we claim faith we are simultaneously made aware of the many who don’t); and religious authenticity (faith has to “work for me”).

While much of the church sees itself as the front line against secularism – as if there is a secular culture and a Christian culture which is wholly different and untouched by the secular. One of Taylor’s most valuable observations is that we are all secular. There is almost no distinguishable ‘us’ and ‘them;’ secularity has sunk to the level of unquestioned story for all of us.

If he is correct, and I wholeheartedly believe he is, then some of our Christian ‘best’ may actually be working against our desire for a living and breathing faith, increasing rather than decreasing the elements of a secular age within our communities and lives.

For example, if we speak primarily of a God who helps you, who saves you, who loves you (all things I believe to be true by the way), it is interpreted in a secular age through the lens of exclusive humanism, that I and my ‘good’ is the ultimate goal of life. If our apologetics focus on proving faith, we may be setting Christians up for failure when they will, according to Taylor, inevitably feel cross pressured.

What opportunities might it open for evangelism if we understand ourselves to be on common ‘secular’ ground with our neighbours rather than seeing them as a rising secular tide? How might the Holy Spirit minister and act if we recognized that much of what we do as Christians has focused on boxing him out rather than allowing Him in?

Carlos, my cholesterol rich friend, and I are part of a group of practitioners who meet to learn and identify a way forward for the church in a secular age. Although we minister in different locations and contexts, we agree on much of the analysis above and that deep change is needed.

Yet, when someone from the group asked Carlos, “So what did you do? Did you take the pill or did you change your lifestyle?” he answered with a wave of his hand and a sheepish laugh: “Oh, I chose the pill. I don’t have time to change my lifestyle.”

You might feel the same way. And there’s no problem with that. Pills abound in the Christian world, they aren’t fundamentally evil and, ultimately, most people will choose them. Realistically, we do continue to need ‘pill’ churches and ministries – they do good work, God will use them, they minister to real people and help them meet Jesus.

But what I’m advocating for. and the people I’m interested in meeting and collaborating with. are those who choose life change over a pill. If that’s you, I’d love to meet you. For us, the changes we make will be difficult and time-consuming. It will take renewed imagination, the loss of dreams, and will make you feel like a fish out of water. It will ask us to question all areas of life, involves letting go of things we love and ultimately to change the stories we inhabit.

But to me, that sounds a lot like the invitation of Jesus to leave the boats and learn a new way of orienting ourselves to the world. In short, it’s the call to transformation: personal, communal and missional.

It’s the question that stands before each one of us: pill or life change?

John Hau pastors at Reality Church, a small community church in East Vancouver. He has led locally, nationally and internationally with Power to Change – Students and currently sits on the Extended Leadership Team of Jesus Collective.

← Eating disorders: ‘a parasite, a monster, a demon and a terrorist’
Around Town: Going to COP27, Extreme Weather Shelters, Preaching Advent . . . →