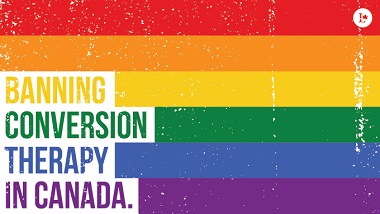 The Liberal government is determined to criminalize conversion therapy, and has come very close to achieving its aim. In November, they received near unanimous support for Bill C-6 in Parliament.

But major church bodies and other critics haven’t yet thrown in the towel, claiming that Justice Minister David Lametti’s amendments to the Criminal Code are imprecise and threaten free speech.

The legislative summary of the bill states:

The House of Commons justice committee is reviewing public responses to the bill. Both the Canadian Council of Catholic Bishops and the Evangelical Fellowship of Canada strongly oppose the proposed changes.
Catholic Bishops

The Canadian Council of Catholic Bishops put out a release:

In a statement on the proposed legislation, the Bishops of Canada emphasize that:

The Catholic Church, like many Canadians, is opposed to any form of coercive and manipulative activities because they do not respect the sacred dignity of the human person and the freedoms inherent with that dignity.

In so far as it seeks to outlaw coercive actions against individuals, the intention behind Bill C-6 is commendable.

However, following consultations with professional associations, other faith groups and legal experts, the Bishops note significant concern with the content of Bill C-6, especially its ambiguities, which they fear could render currently lawful actions as criminal offences.

These ambiguities include, for example:

In their statement, the Bishops reiterate the Church’s firm rejection of every and any coercive action and they clearly affirm the perennial teaching regarding the inherent dignity of every human person.

However, the need to uphold and respect human dignity as well as to protect freedom of conscience, religion, thought, belief, opinion and expression also means Bill C-6 should not be allowed to proceed in its current form.

The Evangelical Fellowship of Canada (EFC) is also opposed to the bill in its current form. Their statement said:

A key concern is that the definition of conversion therapy includes efforts to repress or reduce sexual behaviour. In accompanying documents, the Justice Department said the legislation would not criminalize

In a media Q and A on previous Bill C-8 in March, Justice Minister Lametti was asked if it would be legal for religious leaders to speak about homosexuality. He replied that if it’s an open-ended and exploratory conversation, it is not prohibited for religious leaders, parents or others. He went on to say: “What is covered by this legislation are practices that attempt to change one’s orientation towards a predefined goal.”

These qualifiers (private, personal, open-ended, exploratory) are not included in the legislation itself, and also raise serious questions about whether a sermon series or a youth Bible study or other programs on sexual ethics offered to those wanting to order their sexual lives in accordance with their religious conscience would be construed to fit the definition of a practice, treatment or service.

And since the definition of conversion therapy includes reducing sexual behaviour, programs offered in a church or ministry setting that consider sexual behaviour could be considered as being toward a “predefined goal.” 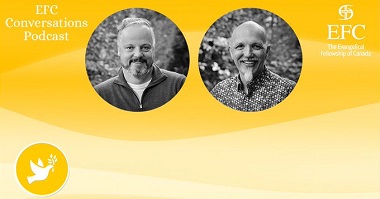 The EFC has produced two videos during the past week related to the conversion therapy issue:

Christians are not the only ones calling the Criminal Code amendments into questions.

← Desire to cooperate is still strong, but pressure builds to ease restrictions
Local professors have written many fine books this year →