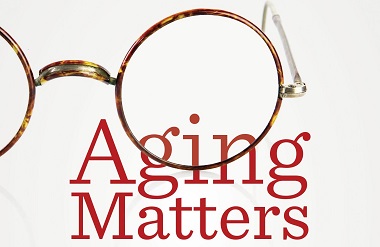 Paul Stevens is professor emeritus of marketplace theology and leadership at Regent College, and author of a number of books on the spirituality of work. Following is an excerpt from his new book Aging Matters: Finding Your Calling for the Rest of Your Life.

There is no question that we have a population bulge in the seniors group that, on the population charts, is like an awkwardly large animal going through the long neck of a snake.

Baby boomers have delayed growing up, delayed marriage, delayed childbearing, delayed saving for retirement, and almost certainly are delaying retirement, sometimes for financial reasons. So what some have called the “second half” of life, roughly when one turns 50 (how many people do you know who are 100?), there is now what Walter Wright and others call the “third third.”

The first third (one to 30), he explains, “we spend in incubation, education, preparation, exploring identity and purpose, intimacy and relationships.” From 30 to 60, we enter a second third “dominated by family and work; we define our core relationships and commit to a career path.”

But then, from age 60 to 90, we “encounter the unexplored terrain of life after the working career.” Formerly this territory was a short trip, but now with better health and longevity it can be much longer, even 20 to 30 years.

“The point of this third third . . . is this: As we enter the third third of life, our calling will find new texture, new form, new possibilities.” Walter Wright describes a grandmother who “retired” for the first time in 1960 and then had four more careers: teaching, volunteering in the hospital, creating a historical society, and working for the library.

These striking examples of mid-life and late-life fruitfulness do not ameliorate the double message seniors and aging people hear from society.

On the one hand, classic liberal economists tell us that population control and a declining birth rate are important for a healthy economy. But now, with fewer working persons to support the elderly, there is a crisis looming. Even the government pension plans, which are really in-and-out bank accounts, are in serious trouble because fewer are contributing to them and more are taking money out.

“Americans have come to view aging not as a fated aspect of our individual and social existence, but as one of life’s problems to be solved through willpower, aided by science, technology and expertise,” writes Carol Bailey Stoneking.

People fear aging partly because they fear death. The logic is circular. It is mostly old people who die. So we fear getting old because we will die. So aging is a paradox. Everyone wants to live longer, but none of us wants to get old.

One thing that is apparent in considering ancient texts and cultural artifacts is this: old age and death, prior to what we call the “modern era,” were not clearly correlated as they are for us. We put death as the logical conclusion of a long life but the ancients, and even the early Christians, as well as people in much of the majority world, did not expect necessarily to live until old age.

In this vein Augustine said, “No one has died who was not going to die at some time, and the end of life reduces the longest life to the same conclusion as the shortest. . . . What does it matter by what kind of death life is brought to an end.”

There are even some gender differences. “Women face aging sooner and more realistically because they go through menopause,” notes Lewis Richmond. As one doctor said, “When it comes to realizing they’re aging, women drop off the cliff, so to speak, while men the same age either ignore the signs or notice them a lot more gradually.” 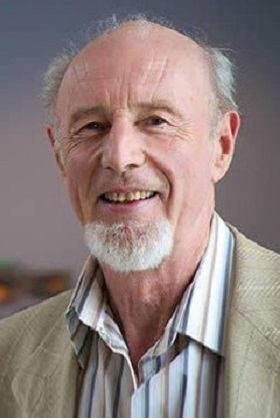 So in Aging Matters we will first of all approach the question of aging in terms of calling or vocation. We will consider reframing retirement as a positive experience. We will ask whether we are supposed to work until we die, and how we should work. We will consider how we discern our calling for the rest of our lives. In this context we will note the many narratives and teachings in the Hebrew and Greek Scriptures as they relate to aging.

In all this I will be presenting aging as a time of potential fruitfulness. A Jewish rabbi points to some exceptional examples of generativity in old age:

Giuseppe Verdi composed Otello at age 73 and Falstaff when he was approaching 80. Thomas Mann wrote Dr. Faustus and Confessions of Felix Krull, Confidence Man after age 70, while Picasso was producing masterpieces into his 90s. Architect Frank Lloyd Wright began his most creative work at age 69; philosopher Alfred North Whitehead published his most influential works after 65; and the mind of the scientist-visionary Buckminster Fuller was teeming with creative innovation at age 80.

Few of us will be this creative. But all of us can approach aging with a positive attitude and seize the special opportunities which this new situation affords. And we will explore these.

What You Can Gain from Aging Matters: Finding Your Calling for the Rest of Your Life:

This excerpt is re-posted by permission. Go here to order Aging Matters: Finding Your Calling for the Rest of Your Life.