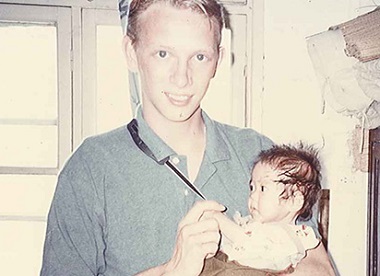 Supporters of International China Concern (ICC) will Walk the Wall in Stanley Park (September 29) and in more than 30 other cities around the world. They will be raising funds for the ministry, which was founded by Vancouver resident David Gotts and which this year celebrates its 25th anniversary.

In 1993, a newborn girl was abandoned and brought to a Chinese orphanage. She lived less than 24 hours, dying without a name and without a family. But her short life touched a young man’s heart and inspired David Gotts’ commitment to compassion and care.

He founded ICC after seeing firsthand the suffering of Chinese children with disabilities who had been abandoned without hope in desperate conditions. 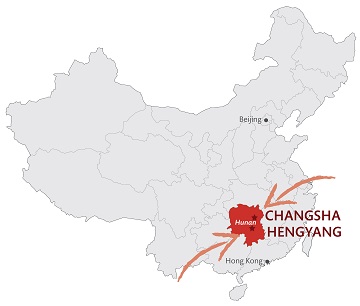 Following are David Gotts’ reflections as he looks back on ICC’s 25 years in China.

During this celebratory 25th anniversary year in ICC, I have found myself reflecting on all that has taken place since I walked through a government welfare centre in China all those years ago.

I remember so clearly holding babies in my arms, certain that many, if not most, would die within a few short weeks. The pain and confusion that I felt in those moments was overwhelming, but it wasn’t the only thing I felt. I also felt the pain of a God whose love for those children dwarfed anything I could experience.

This knowledge of God’s love for China’s abandoned children with disabilities led me to see that I was being called to come alongside these children, and to love them with the love that I knew God has for me. It was because of love that ICC began, and today 25 years later, love remains at the heart of who ICC is and all that we do.

In the beginning of our work, love felt easy to express. There were so many simple ways in which we could love. I would move from crib to crib holding each baby. I would change their diapers and feed them. I would pull a child on to my lap and hold them quietly, reassuring him or her of God’s love, and my love.

Love seemed to be like plant food for a plant. It was the fertilizer that brought new life. An abandoned child, like a closed-up flower bud, would begin to unfurl as the love being shared infused their heart. The sad, depressed, withdrawn child would tentatively and slowly respond, and over weeks and months we would see smiles emerge and laughter erupt at the silly faces we would pull.

As time went on and ICC grew, I found myself pushed back from the frontlines of holding children, and instead facilitating more and more volunteers and staff as they shared their love. While I missed being with the children so much, I got to see how others poured their love into the children that we serve.

I have watched as some of the most amazing people on the planet came to China, following a call that God had put on their lives. Nurses, therapists and teachers came with their own particular and very useful skills. They would use those skills to the children’s benefit, but each one knew that it was the love behind their skills that wrought the transformation we wanted to see. 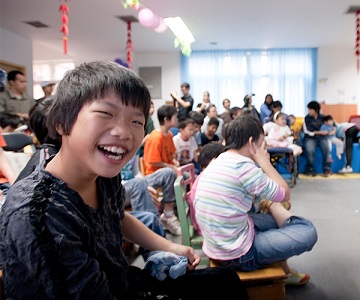 But the process of seeing broken hearts mended is a slow, even life-long one. The impacts of abandonment and, for some, years of neglect living in a government welfare centre has left a deep brokenness.

Cute babies and toddlers, despite all that ICC has done, still have to face the pain of why they were abandoned as they grow. Teenagers struggle with the impacts of abuse they suffered before coming to ICC.

It is loving beyond the ‘cute’ baby stage, and continuing to love when brokenness makes our ICC teenagers challenging and difficult that is a deeper, truer kind of love.

It is this kind of love that I see expressed over and over; the love that refuses to give up on someone; the love that knows the worth of a person when they can’t see it in themselves. To love like this is costly . . . and painful.

Compassion asks us to go where it hurts, to enter into the places of pain, to share in brokenness, fear, confusion and anguish. Compassion challenges us to cry out with those in misery, to mourn with those who are lonely, to weep with those in tears. Compassion requires us to be weak with the weak, vulnerable with the vulnerable, and powerless with the powerless. Compassion means full immersion in the condition of being human. 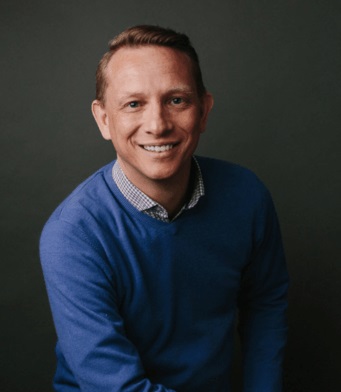 If you were to sit with one of ICC’s long-term staff members and read them this quote, they would nod their head and you would see that they know that this is the kind of love that we in ICC are called to give to those that have faced the pain of abandonment.

How can we love like this? We are able to love in this way because it is the way in which we, ourselves, are loved.

In the life of Jesus, we see how God’s son entered into a broken world, and into our places of pain. He shared in our brokenness, fear, confusion and anguish. He cried with those who mourned, comforted the lonely and wept with those who knew sorrow. Ultimately, he made himself weak, vulnerable and powerless as he hung upon a cross. And hanging there on the cross, he laid down his life so that we might gain access to a love beyond our comprehension.

For those of us who consider ourselves to be followers of Christ, it should come as no surprise then that we are called to walk this same kind of path of love. Every Christ-follower is called to ‘go’ into the broken world in which we live and to love those we encounter. 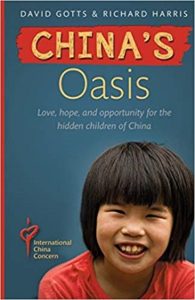 Twenty-five years of ICC’s story has now been written. It is a wonderful story of love and the transformation that comes about when we love in this costly way. You can read this story in ICC’s new book China’s Oasis. If you do pick up a copy, then I hope that it will inspire you to see how God can use you to effect transformation in the lives of China’s abandoned children with disabilities.

As I look to the future, I am excited at how God is leading us to grow the work that we do. There are some exciting plans taking shape that will allow ICC to share this amazing kind of love beyond the walls of our existing work, potentially impacting the lives of hundreds more children.

These are the main ways ICC is working in China:

ICC began our work in 1993 in Changsha and established a permanent presence there in 1997. We are now taking care of over 90 children and young adults who live in Centre-based or Community-based family-style group homes. Services include 24-hour residential care, medical care and surgeries, individualized rehabilitation and therapy, special education, life skills training, vocational training and recreational opportunities.

The Hengyang Project was established in 2005. It moved into a specially-built five-storey Children’s Centre sponsored by the government in 2014. Currently, we are taking care of more than 160 children and young adults living in Centre-based or Community-based family-style group homes. Like Changsha, the services include 24-hour residential care, medical care and surgeries, a special unit for vulnerable infants and children, individualized rehabilitation and therapy, special education, life skills training, vocational training and recreational opportunities.

The Community Outreach Project (COP) is a ground-breaking project established by ICC in Changsha in 2008 to prevent abandonment in China. It works to provide family support services to hundreds of families raising children with disabilities.

Since its launch in 2008, we have worked with more than 300 families, providing access to training, counselling, parent support groups, respite care, physical and occupational therapy, special education, vocational training and financial aid.