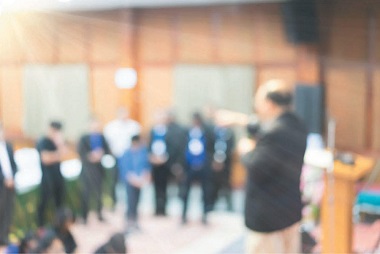 Everyone is born into a culture and influenced by that culture. This issue was a major concern of the apostle Paul, and again today it has major implications for local Canadian churches.

Imagine a church in Saudi Arabia made up of people from Hong Kong. Certainly, the Saudi culture could have some impact on this church, but only to the degree those attending are integrated into the Saudi culture. The culture of the church will be determined mostly by the extent to which the members express the Chinese culture they share.

Canada has many first-generation immigrant churches, which generally maintain a high degree of homeland culture because their members are not very integrated into Canadian culture. This is only natural for anyone who is a recent immigrant.

On the other hand, children and grandchildren of immigrants are far more integrated into Canadian culture. This is where things get complicated and where two tough questions need to be asked.

1. Is adoption of the immigrant culture a requirement for being a church member?

I am familiar with many second-generation congregants in Chinese churches. They tell me they are not considered Chinese enough and therefore lacking as believers. Why? Because their first language is English and their Christianity incorporates Chinese and Western cultural elements. I believe this is typical for many immigrant churches. 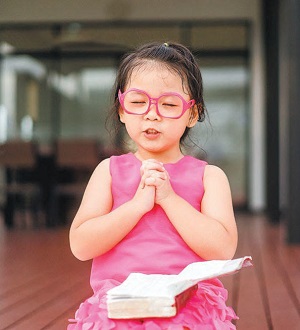 When I became the leader of an English-speaking service in a Chinese church, the older folks were very concerned their children would become less Chinese and more Western. By this they meant they would be English speakers and not Chinese speakers.

They felt some relief (though were not convinced) when I told them, “I am not interested in either culture unless it is consistent with scripture, but I am interested that they become Christians and grow in Christ regardless of what language they speak.”

In Galatians 3:28 Paul says there is neither Jew nor Greek in Christ. He means being a Christian supersedes all culture. And just as Paul told the Galatian Jews not to add the Law as a requirement for Gentiles, similarly we can’t add an ethnic culture requirement. We are the people of God by grace through faith in Christ. Any other burden is perishable material that will be burned off.

Culture, though, is not neutral. There are things in a culture that are in line with scripture and others that are not. This means we need to evaluate our culture critically. So, for example, hospitality is part of the Chinese culture and it aligns directly with scripture (Romans 12:13; 1 Peter 4:9). So clearly it should be kept.

Honouring those who are older is another clear Chinese cultural value in line with scripture (Leviticus 19:32). However, when honour is elevated to the point an older person is obeyed simply because of their age and status, even though their request is unbiblical, then it is no longer a cultural value that can be embraced. Why? Because it goes against scripture.

Yes. When congregants’ immigrant culture contributes to the mission of God, then keeping it is important. So, for example, if Chinese believers live in a neighbourhood that has a large population of Chinese immigrants, then it is important for them to keep their Chinese-ness to make it easier for these Chinese neighbours to come to Christ.

But when this neighbourhood no longer has this large population, then the church should seek to reach out to all Canadians by embracing the language and culture of the immediate Canadian context. Eventually an immigrant culture church (e.g., Chinese, Filipino, etc.) should move to becoming a church not representative of only that immigrant culture.

Paul foresaw local churches embracing and integrating people from all birth cultures when he stated, “There is neither Jew nor Gentile” (Galatians 3:28), thereby expressing the unity of Christ.

Paul consistently promoted this idea to “become like the Jews to win the Jews” (1 Corinthians 9:20). He even persuaded Timothy to become circumcised to make him more acceptable to the Jews to whom they were ministering.

There is a problem of disunity among many immigrant churches today, primarily among churches which have more second-generation congregants than first-generation ones.

This process is more difficult for the first generation. But just as Christ gave up his rights and privileges to become human, the first-generation needs to relinquish some of their cultural background for the sake of embracing the second generation and keeping them in Christ.

The most important challenges are language and leadership. The first generation will need to do the hard work of creating a more collegial and egalitarian leadership that includes the younger English-speaking generation. This process will take maturity and sacrifice. (See Evangelical Missions Quarterly on ‘Collegial Leadership’ (January 2017) and ‘Building Unity’ (April 2017) at MissioNexus.org/EMQ/EMQ-Archives.)

In cultures that strongly honour elders, this change needs to come from the elders. Typically the power base is with the lead pastor and the older first generation, so they will have to act first. Otherwise the second generation will leave or the church will remain in a state of disunity.

There are some good examples from recent church history that can be helpful for today’s ethnic churches.

Most of the immigration to Canada from the 1600s to the mid-1900s was from Europe. For example, the Swedish Baptist Church formed during this period, as did the German Baptist and the Ukrainian Baptist Churches. 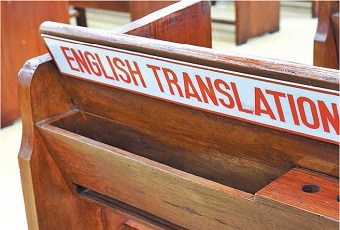 These churches experienced a period of disunity as the second generation embraced Canadian culture and English as their first language. But eventually the people from these churches were integrated into the greater Baptist denominations, or were assimilated into other denominational or nondenominational churches, no longer keeping their distinctive language.

It is natural for people who immigrate to another country to establish a church according to their own culture and language. But it is also natural for the children of these immigrants to want to integrate the language and some of the new surrounding culture, or leave and attend other churches.

This may mean second-generation believers will leave an immigrant-language church to attend English-speaking ethnic churches or go to non-immigrant churches. It may even be a sign of health that these predominantly young people are differentiating themselves from their parents, and maturely finding places of worship compatible with their beliefs and cultural preferences.

But unfortunately there are many leaving church entirely or painfully remaining in churches marked by discord.

There is good reason why Jesus’ last prayer on earth was for unity. Disunity in the church is an offence to the Trinity and a stumbling block for the world to come to faith. Therefore it is vitally important for the largest growing sector of Christianity to model the unity of the Trinity within their churches, for the sake of those outside the church who are watching to see if the church is different from the world.

In 1 Corinthians 3:10-15 Paul explains how a church is to be built from imperishable construction materials such as gold, silver and costly stones, which for him represent the wisdom of God – the crucified and risen Jesus Christ through whom believers can have life. Paul rejects other perishable materials – wood, hay and straw, representing the wisdom of this age which has passed away with the coming of God’s kingdom. 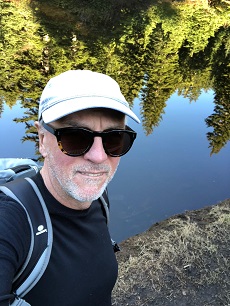 One perishable material which should not be used to build the church is culture. If the apostle Paul came to Canada today, he could preach the same words he used to confront the church in Corinth. The challenge today, just like it was then, is to extricate the damaging aspects of culture so the church can thrive.

Ethnic churches in Canada are a vital branch in the Lord’s vineyard. To protect their growth may involve some pruning. This will take the grace and wisdom Paul also prescribes for church builders in this passage.

Craig A. Smith is a research fellow at Carey Theological College in Vancouver. This comment first appeared in Faith Today and is re-posted by permission.
Share this story