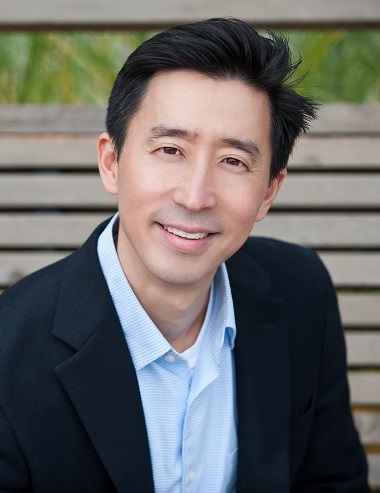 One of the greatest days in Ken Shigematsu’s life was the day he pointed his grandmother to Christ.

When in my early 20s, I was working in Tokyo for the Sony Corporation; I attended a small church with 30 to 40 people on a Sunday. The pastor was 80 years old and was looking for someone to pinch-hit for him as preacher from time to time. When he discovered that I was considering the possibility of becoming a pastor, he began to invite me to be his pinch hitter.

My grandmother in Tokyo heard that I was preaching. She was both intrigued and amused. She remembered me as a little brat whose favourite book was the Sears Christmas catalog. She recalled that I always used to ask her, “Grandma, how can I be rich when I grow up?”

More out of curiosity than anything else, she decided she would come and hear me preach. She had not been to church in over two decades. On a cold, wet February morning, she rode the Tokyo subway and buses for over an hour to come to our church.

She sat in the second-to-last row on the right-hand side of our small chapel.

I got up and gave a short message on the work of the cross from Galatians 2 and then sat down. The 80 year old pastor came up to the podium and said, “Brother Shigematsu, after that kind of message, you should have given an invitation. Come up here and give an invitation.”

I was unprepared and embarrassed at such a public critique. The mood in the little chapel grew tense and awkward, but I had recently watched Billy Graham on video . . . so I just plagiarized him. I said, “If you are here and don’t know Christ, if you need to make your commitment or recommitment to Christ, I want you to stand up and come. By coming, you’re saying in your heart, ‘I commit myself to Jesus.’”

As we sang the closing hymn, I looked up from my hymnal. We had sung the first stanza, and no one was coming. My heart sank. We sang the second stanza, and still no one was moving. I began thinking, “Whatever special anointing or charisma Christian ministers are supposed to have, I don’t have it.”

After the third stanza, one woman began to move her way to the aisle and toward the front. I knew that she was a Christian already and was likely coming forward only because she felt sorry for me and wanted to encourage me by walking down the aisle.

We sang the final stanza, and I closed the hymnal. I looked up, and to my astonishment, there were now 17 or 18 people gathered at the front – and my grandmother was among them!

With tears streaming down her face, she said, “This is the happiest day of my life. I thought I was a Christian, but today for the first time, I understood why Jesus Christ died on the cross for me.”

I think of that day as one of the greatest days of my life, because it was the day my grandmother experienced peace with God.

Whether or not a person opens his or her life to Christ isn’t in our hands; it’s in God’s hands. When we share the good news about Jesus, we cannot transform a person’s life, but we can point that person toward God. . . .

Faith & Leadership – the online magazine of Leadership Education at Duke Divinity School – featured Ken Shigematsu: God is at Work May 31. This excerpt from the sermon is re-posted by permission.

← UBC’s new president appreciated for his strong record, and his candour
Rhetorical excess in the wake of Orlando shooting →