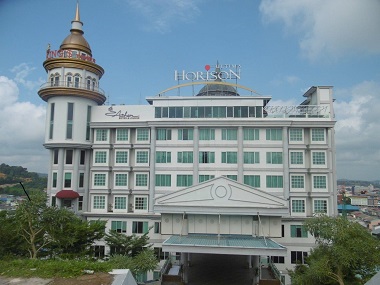 The hotel where Global Church Planting Network leaders met in Batam, Indonesia; note the prayer tower on the left.

Murray Moerman is a familiar name locally, because he once led a couple of networks linking local pastors, but his focus has become increasingly international over the past couple of decades.

Church planting is the theme linking his local and international work. He and his wife Carol cut their teeth planting New Life Community Church in Burnaby. In 1995 Murray, working with Outreach Canada (OC), founded and led Church Planting Canada. Then they moved to Worthing, UK, in 2006, to take over OC International’s European work. In 2009 they established the Global Church Planting Network (GCPN).

Following is Murray and Carol’s account of the most recent GCPN meeting. Note the number of references to prayer, and in particular to prayer towers – a trend they would love to see in the Metro Vancouver area as they begin to spend more time at home again.

We recently concluded the fifth global gathering of the Global Church Planting Network, held in Batam, Indonesia in mid-May. Delegates who have been to several such events remarked that this was the best yet. What set it above the others?

We believe it was in part due to the commitment of the Indonesian church to pray, not only for the conference but for their nation and the world. We have been blessed by the overflow of prayer that has been taking place in this nation, home to the largest Muslim population in the world. Nineteen prayer towers scattered across the nation host 24/7 prayer 365 days a year. One is part of the hotel in which we met.

Phillip Yancey, in his book Prayer: Does it Make Any Difference? affirms the power of prayer:

I have . . . learned that Christians who have no access to earthly power truly believe prayer gives them access to a greater power. They see prayer, in fact, as our strongest weapon against invisible forces. They believe the Apostle Paul’s words: ‘For our struggle is not against flesh and blood, but against the rulers, against the authorities, against the powers of this dark world and against the spiritual forces of evil in the heavenly realms.’ Prayer opens the way for God’s kingdom to advance through grace and freedom, God’s goal all along. 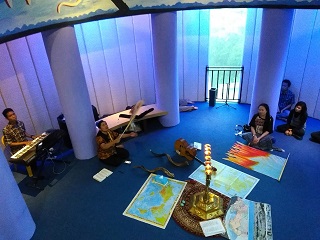 The prayer tower has three floors; people are praying there 24 hours a day.

Tom Victor of the Great Commission Coalition said, “I don’t know another nation on earth like Indonesia where the church has become so passionate and united in prayer. There’s favour, there’s faith, there’s grace and they are transforming a nation.”

The result in Indonesia is a tremendous spiritual openness to the gospel with many movements to Christ happening among formerly resistant Muslim people groups. We heard their stories, as well as those from Hindu and Buddhist people groups.

We’re thankful to the Lord for powerful days together in Batam, with about 180 leaders from 45 countries. Highlights included: 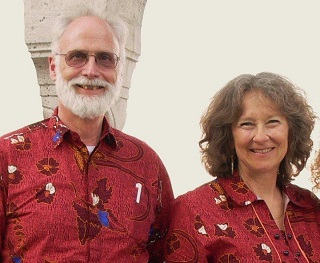 Murray and Carol Moerman in Batam. They will be spending more time at home from now on.

By God’s grace GCPN has come a long ways since founding steps taken in Worthing, England in 2009. During these years I (Murray) have been involved in virtually all aspects of its regional development, formation of GCPN’s core team, fund-raising, establishment of specialty teams, organization of training events, external partnerships, etc.

Over these years my primary interest has remained on training and coaching leaders in the national church planting process, which I believe is key to completing the Great Commission in any nation – and taking John 17 (Jesus’ prayer for unity among his followers) as seriously as Matthew 28.

The heart and scope of this task is to mobilize the whole church to disciple the whole nation through saturation church planting (planting at least one disciple-making community tasked to disciple each 1,000 people; ideally within a five minute drive or a five minute walk of every person).

This year, the GCPN will search for a new leader. Murray will take on a more focused role. Following a six-month sabbatical, he will coach and train national church leaders in the many countries yet needing a national church planting process, as well as writing for the next generation.

And who knows, maybe the Church of Vancouver will see a little more of him again. To start with, he and Carol would love to talk to anyone who is taken by the idea of prayer towers.