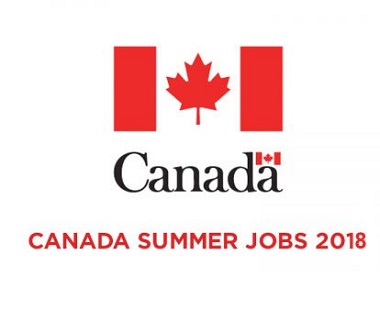 The Liberal government has decided not to back down on the attestation requirement for the 2018 Canada Summer Jobs application process. (See several earlier posts on the issue here.) Thus several religious groups made this joint statement March 28.

We the undersigned, representing Christian, Jewish and Muslim communities across Canada have spoken publicly about our concerns regarding the new application requirements for the Canada Summer Jobs program.

Groups applying for 2018 funding were required to endorse an attestation by checking a box indicating their affirmation of certain beliefs held by the current government, described by many as a “values test.” Such a values test contravenes the Canadian Charter of Rights and Freedoms, which guarantees the freedom of religion and conscience (2a), of thought, belief, opinion and expression (2b), as well as “equal protection and equal benefit of the law without discrimination” (15 [1]).

In January of this year, we asked to sit down with the government to find a path forward. In the interim, we invited those sharing our deep concern to write, call or meet with their elected Member of Parliament, respectfully expressing these concerns.

We know that more than 1,400 applications have been denied, compared to 126 in 2017. It is no coincidence that the number of rejections has spiked due to the controversial attestation.

Hundreds of concerned groups did check the box, but amended the attestation to instead confirm that they will abide by the laws of Canada in their hiring practices and all other activities. Applications that failed to check the box, or did so with qualification or clarification were sent back as incomplete. Most were then resubmitted, asking for an accommodation under the Canadian Charter of Rights and Freedoms.

In spite of our ongoing efforts at dialogue with the government, which culminated in a meeting with Minister Hajdu on Wednesday March 21, and our persistent requests that the problematic attestation be amended or removed, it has been made clear to us by the Minister that there will be no accommodation provided, and no changes made to the attestation for this year. (See below for the proposed rewording of the attestation which was submitted to the Minister.)

Applicants that did not “check the box” will be ineligible for a Canada Summer Jobs grant in 2018.

The Minister has also indicated that changes will be made to the application for 2019 to provide greater clarity and precision. However, many of our organizations remain concerned that the question of ‘reproductive rights criteria’ and other undefined values will remain present in the application form in 2019.

While we welcome a review of the application process for 2019 and have asked the Minister to be included in the process of changing the policy, we are extremely disappointed that the government has chosen not to make adjustments to the program for this year. This leaves hundreds of programs across the country vulnerable. These groups must now consider modifying or cancelling programs, while others will be forced to launch emergency fundraising campaigns. It is disheartening to think that this whole situation could have been avoided.

As faith leaders, we will continue to raise our collective voices and encourage others to advocate for changes to the program and, most importantly, to respect the diverse views and beliefs of all Canadians.

Meeting with Minister of Employment, Workforce Development and Labour, The Honourable Patricia A. Hajdu on March 21, 2018

This joint statement is re-posted from the website of the Evangelical Fellowship of Canada.