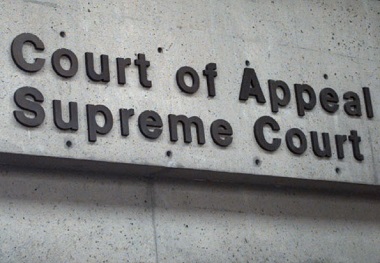 A case that has received widespread attention well beyond the borders of our province is before the BC Court of Appeal this week. The court is hearing A.B. v. C.D. from September 3 – 5, and provides this description:

In this appeal, the father is attempting to prohibit his child from proceeding with treatment to change their gender. He argues that the court failed to properly assess the best interests of the child.

A publication ban imposed by the court means that the teen, the teen’s father and mother, and health professionals named in the case cannot be identified.

ARPA Canada, whose mission is “to educate, equip and encourage Reformed Christians to political action and to bring a biblical perspective to our civil authorities,” has been granted intervener status in the case, and is calling for prayer for the whole situation:

We believe that our intervention in this case is badly needed. Please pray that the truth will be heard and that the court will be receptive to it. Please also pray for this family in particular, and the many youth who are being confused and hurt by the harmful teachings about gender and sexuality.

Following is ARPA’s statement about the case:

Earlier this year, a British Columbia judge decided that a 14-year-old girl could receive “hormone treatments” for gender dysphoria despite her father’s strong disapproval. That judge also warned the father against “attempting to persuade A.B. [anonymized initials for his daughter] to abandon treatment for gender dysphoria; addressing A.B. by his birth name; referring to A.B. as a girl or with female pronouns whether to him directly or to third parties.”

A subsequent court order authorized police to arrest the father without warrant and charge him with contempt of court if he does any of the above. The court also censored the father’s lawyers, preventing them from speaking publicly about the case. The names of doctors, psychologists and others involved in getting this girl started on hormone injections have been redacted and may not be made public.

These rulings are being appealed to the B.C. Court of Appeal. ARPA has been permitted to intervene in the case, meaning we may make arguments in court on key constitutional issues. This case raises fundamental issues about family integrity, children’s and parents’ rights, freedom of conscience, and freedom of expression, which the appellant (the father) will not have time to adequately address.

The father’s lawyer already has his hands full and has limited time to explain to the Court of Appeal the convoluted details of how the daughter came to be prescribed hormone treatments and how the lower court wrongly deferred to the opinions of her doctors while disregarding opposing medical opinions..

The lower court adopts and enforces a particular worldview or philosophy (one might say ideology) about sex and gender. Simply by calling A.B. a “boy” and using masculine pronouns, the court is adopting a particular set of beliefs. Of course, the law of B.C. and Canada has changed such that people now have the legal right to call themselves male or female, regardless of their biology.

This case, however, shows a court’s readiness to expand the coercive reach of this ideology. Here, a father is ordered to act and speak as though his daughter is a boy and to say nothing but supportive things about her treatment decision, which will change her body and potentially destroy her fertility forever.

The law of BC does explicitly demand that service providers and employers relate to people in a service or employment context according to their chosen gender identity (subject to some exceptions). However, there is no such explicit requirement for a father to refrain from expressing his views to his child if those views do not align with currently in-vogue ideology.

The court below takes existing legal provisions designed to protect children from “family violence” (meaning physical, sexual or emotional abuse – the latter including “intimidation” and “harassment”) and uses them to censor views about gender different from its own.

ARPA believes that the court went beyond its legal authority in censoring the father in this way. We intend to argue that the Family Law Act cannot be reasonably interpreted as authorizing the court’s orders.

Go here for ARPA’s statement along with a link to their factum for the case.

Another group known for its defence of freedom and equality – and active in many cases involving Christians – has also been granted intervener status. The Justice Centre for Constitutional Freedoms also made a statement about the case before appearing at the BC Court of Appeal this week.

3 comments for “Interveners in transgender case appeal for prayer, as well as justice”