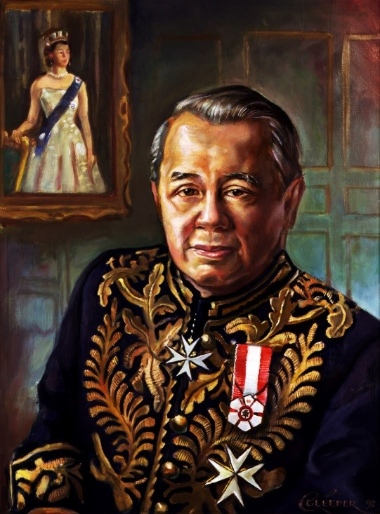 Lloyd Mackey is the editor/director of a unique – and still evolving – biographical resource. Here he explains how it came about, its significance and its prospects for future development.

Hopefully, it will become an increasingly interesting, varied and verifiable source of information for researchers, journalists and anyone else wanting to learn about the role Christian leaders have played in Canada’s development since 1867.

The process began three years ago, when Edna and I were still living in Ottawa. At that time the opportunity presented itself for me to enroll in doctor of ministry studies in leadership, through Tyndale Seminary in Toronto.

Early on, the DMin director, Paul Bramer, set me to vision-casting about a project that would utilize my studies and my previous 45 years of journalism experience. The development of such an Encyclopedia became the subject of my doctoral thesis. Now the task of the team developing around the project is, as Dr. Bramer put it, “to put pedal to the metal” on the actual completion of the Encyclopedia by that landmark 150th anniversary.

As the title suggests, OECCL is online. A visit to the site, at present, will show the Encyclopedia in skeletal form and provide a range of ways people can access it and participate in its development.

Leaders whose entries will appear in the Encyclopedia will go well beyond the range of pastors or Christian ministry leaders. They will be drawn from various sectors of Canadian society. We have developed seven basic categories of leadership: 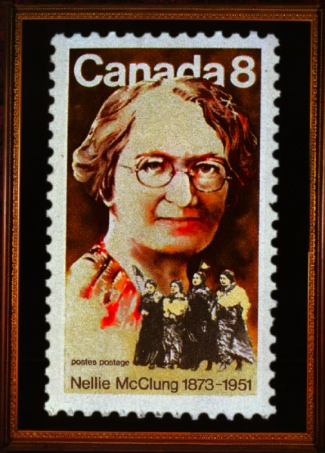 Nellie McClung is best known as an activist for women’s rights, and as a novelist.

The entries will be chosen from across the denominational/theological spectrum. There will be an indication of where on the spectrum that particular leader fits – Catholic, Anglican, Lutheran, Methodist, Reformed, Anabaptist, Orthodox, Evangelical, Charismatic, Fundamentalist or Emerging. Undoubtedly, as the project proceeds, other points on the spectrum may be identified.

Six ingredients will make up each entry:

Was there a prototype?

In the late 1990s, a coffee table book titled Canada: Portraits of Faith – edited by Michael Clarke, then a British Columbia history teacher – was widely circulated across the country. It contained 52 portraits of Canadian leaders, covering the 16th to the late 20th centuries.

Clarke kindly granted permission to use both artwork and written copy in the OECCL. A total of 25 entries have been or will be included in a section of the Encyclopedia titled “Portraits Collection.”

Who are the first entries? 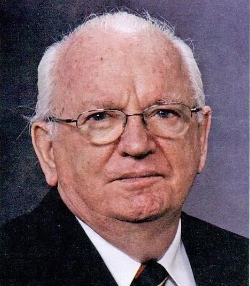 Charles Ellington created the Bishop Cridge Centre for the Family in Victoria.

We have four initial entries:

On the Encyclopedia site, there is an “idea-starter” list of about 40 people who are possible entries. Historians, journalists or others who might have the skills or insights to write a particular entry are invited to make contact, so we can discuss the possibility.

We have an editorial advisory committee abuilding. It consists, at present, of Eleanor Irwin, a classics professor emeritus from the University of Toronto and Robert Burkinshaw, a Trinity Western University historian. (Dr. Irwin has been involved in several academic encyclopedia projects; Dr. Burkinshaw was one of the editorial advisors for Canada: Portraits of Faith and wrote Pilgrims in Lotus Land: Conservative Protestantism in British Columbia, 1917 – 1981.)

We hope that the OECCL will have a continuing impact on Christian leadership practice and morale in Canada as researchers, writers and leaders seek to emulate the spiritual values and best practices encouraged by the gospel and scripture.

We hope the Encyclopedia will be extensively used to these ends not only for the next few years but well beyond as new generations of Christian leadership develop in the life of the nation and its institutions. 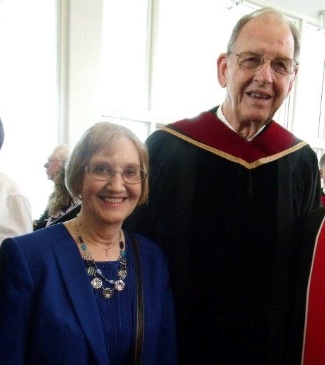 Lloyd Mackey is a retired journalist living with his wife Edna in Surrey. He holds an MBA from Simon Fraser University (1984) and recently earned a DMin at Tyndale Seminary in Toronto.

He has worked in community and Christian journalism variously as a reporter, columnist, editor and publisher for close to half a century. (He was founding editor of BC Christian News.)

He has written several books on faith and leadership. The subjects of those books include Preston Manning and Stephen Harper. He and Edna spent 15 years in Ottawa beginning in 1998, during which time Edna was administrative assistant to Maurice Vellacott, MP.

Lloyd’s columns on the faith-political interface in Canada can be found mainly in two places. More Faithful than We Think: Stories and Insights on Canadian Leaders Doing Politics Christianly (BayRidge Books 2005) covered the period between 1998 and 2005. His OttawaWatch columns, covering from 2005 to 2015 are archived here.

← John Neufeld has a new role, but his goal is still winning people to Christ
Around Town: Voices Together July 1, John Paul II statue, Praise in the Park … →

1 comment for “Introducing: The Online Encyclopedia of Canadian Christian Leaders”