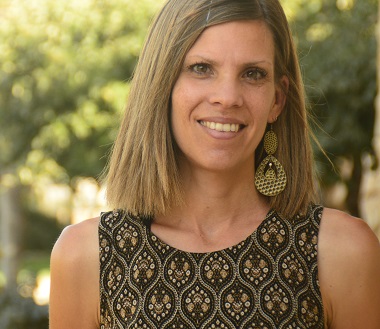 Elie Pritz was raised in Israel, graduated from TWU and now lives in Jerusalem. Her peace curriculum is being used in six nations.

For anyone interested in Israel and/or Palestine, four events are coming up which could really challenge your thinking – especially if you were to go to all of them, because each one is quite unique.

Elie Pritz was born and raised in Israel and she now lives in Jerusalem. In between, however, she attended Trinity Western University. Thus she will be on familiar ground as she speaks about ‘Peace Heroes’ over the next week to groups at First Baptist Church (September 21) and St. Mary’s Kerrisdale.

Here is a what Pritz’s work involves:

Peace Heroes is a dynamic and interactive school program that uses stories of real-life women and men from every continent across the globe to instill in students and teachers alike the values and ethos of peace while giving them the tools to be proactive peacemakers. Ultimately Peace Heroes empowers students to become agents of profound and positive change in their own specific context as well as in the world at large.

Pritz describes how it began:

This Curriculum was born within the walls of the Jerusalem School in Beit Hanina, East Jerusalem, where the Israeli-Palestinian conflict is part of the students’ day-to-day reality. In both the Arab and Jewish traditions, hospitality is considered one of the highest virtues.

“Ahlan wa Sahlan,” we say in Arabic – come in, feel at home, you are one of the family; “Bruchim Habaim,” we say in Hebrew – blessed are you, as you come. This is the tradition from which our Curriculum draws its strength.

We wanted to create a space of welcome in the minds and hearts of our students, teaching them to extend that age-old “Ahlan wa Sahlan” to the world around them, even (and especially) towards those who are different from them.

The program was such a success that we decided to extend it to other schools as well. In 2016 we launched an extensive pilot program that included more schools in Israel and Palestine as well as schools in Kenya, South Africa, Burundi and two refugee camps in Northern Iraq/Kurdistan. 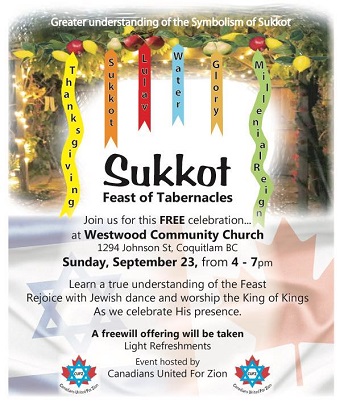 Join with people from around Metro Vancouver to celebrate Sukkot: Feast of Tabernacles next Sunday afternoon (September 23) at Westwood Community Church in Coquitlam.

Sukkot is described on Chabad.org in this way:

Sukkot is a week-long Jewish holiday that comes five days after Yom Kippur. Sukkot celebrates the gathering of the harvest and commemorates the miraculous protection G‑d provided for the children of Israel when they left Egypt. We celebrate Sukkot by dwelling in a foliage-covered booth (known as a sukkah) and by taking the “Four Kinds” (arba minim), four special species of vegetation. . . .

Of all the Jewish holidays, Sukkot is the only one whose date does not seem to commemorate a historic event. The Torah refers to it by two names: Chag HaAsif (“the Festival of Ingathering,” or “Harvest Festival”) and Chag HaSukkot (“Festival of Booths”), each expressing a reason for the holiday.

Organizers from Canadians United for Zion say there will be Jewish dance, worship, music, flags – and teaching on the meaning behind the symbols.

The Convergence: An Ishmael & Isaac Reunion 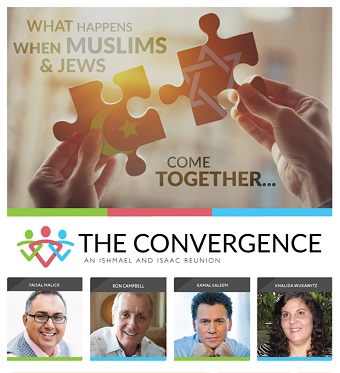 Here is the description:

The Convergence is a family reunion between Muslim and Jew. Arch-enemies, Ishmael and Isaac, are called home to again sit at the same table in Christ. Join in this historic event of reconciliation and experience how God’s grace flows in a way that passes all understanding.

Faisal Malick of the Plumbline Network will host the event. The author and local pastor is a former Sunni Muslim. He will be joined by Kamal Saleem from Lebanon, also formerly a Sunni Muslim; Ron Campbell, a former Mossad agent for the Israeli government originally from South Africa; and Khalida Wukawitz, born in Bethlehem to a Muslim Palestinian family. All have become Christians.

Space is limited for this free event; there is special seating for leaders and pastors. 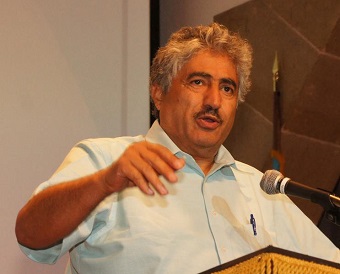 Jonathan Kuttab, a Palestinian Christian and human right lawyer, will be speaking at three locations in Metro Vancouver first thing in October.

Here is the description of Hope for Change in Palestine / Israel, which will be held at Lakeview Multicultural United Church on the afternoon of October 1.

The two other events will take place on the evenings of October 1 (at UBC) and October 2 (at Trinity Western University).

← Around Town: Triumphs & Tragedies of Christian Politics, PR / BC, Mavis Staples
Kinbrace: drawing the stranger near →