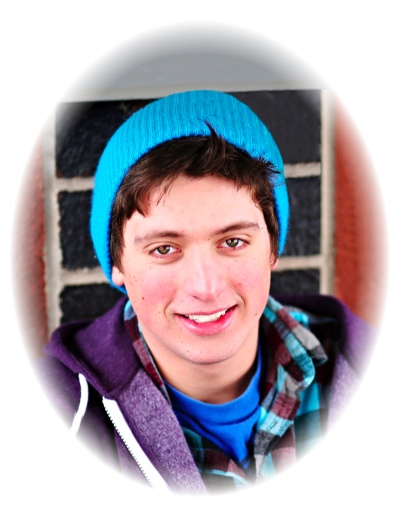 Since Taylor Johnson was murdered, his parents, Paul and Wendy, have sought to model Christ and respond with grace and forgiveness.

Paul Johnson is lead pastor at South Delta Baptist Church in Tsawwassen. Close to two years ago, a family tragedy made headlines in British Columbia media.

Recently, in a radio interview with Ben Lowell of Back to the Bible (Canada), Johnson talked about that tragedy. In the following days, he provided a Bible study on the same radio program, titled ‘Jesus is in control.’

The audio for both Pastor Johnson’s interview and the Bible studies which he gave on Back to the Bible (Canada) in succeeding days are available at the South Delta Baptist Church website.

We have excerpted the interview below, with permission.

Ben Lowell: A year and a half ago, a tragedy took place. It rocked your world and that of your entire family.

It has been a hard year and a half for my family. We learned that our 21 year old son, Taylor, had been murdered in Langley . . . I was attending classes in Arizona at the time. Wendy called, and asked if I could sit down for a minute. I knew it was not going to be good news. She said “Taylor is no longer with us. Taylor is with Jesus.” She went on to describe what little the police knew, that he had been killed. A lot of things go through your mind. You prepare yourself for things like a traffic accident or sickness, but when someone throws murder into the equation, it . . . rocks your world. 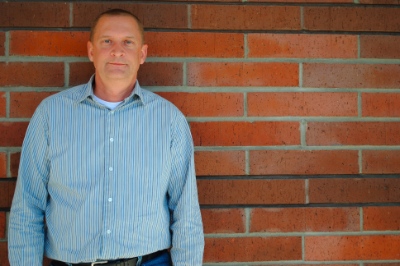 I flew home the next day and we had opportunity to meet with our [RCMP investigative] team. From that moment, Wendy and I made a decision that we were going to try to bring Jesus with us wherever we went – that we would try to model Christ through this. We were hoping that we could allow people to entertain the idea that suffering and Christ could go together, that Jesus could do his best work in suffering. And that we could be a witness to the world around us.

So, as we met with these officers for the first time, we began to talk about the justice of God . . . and redemption . . . and that we had a deep faith in Jesus Christ. [We told them that] we were going to be “cheering you guys on. But if nothing ever comes of this, we are going to be okay, because in the end, God is just and . . . it is his justice that will win the day.”

We waited for quite a long time. It was hard for the family because we did not even know how he was killed. [The investigators] needed to protect that information. Finally, about eight months later, we discovered they were going to begin to do arrests . . . They prepped us and did a video with us. They said “Mr. Johnson, we may want you to come and talk to the men we arrest.”

As the arrests were being made, I was at the RCMP detachment. They had in custody the man who was driving that night and they asked me to come and talk to him. I did . . . and I explained to him that his life could be more than what this is.

[The man acknowledged that Paul was a pastor and might have a perspective coming out of his vocation.]

I told him there was something bigger, that there was a God who could change [his] life. He made no response.

I was a bit discouraged.

Later that night, [the RCMP] called again, asking if I would come and talk to the shooter, whose name was Jesse Hill, who has since been sentenced [in connection with] the crime. [As] I looked across the room at this 23 year old kid, a lot of things went through my mind about how to approach him. I didn’t have any bitterness . . . or hatred in my heart toward him. I was angry about the act itself.

I said “Jesse, how do you feel about this.” He [replied]: “I feel very, very sorry,” and began to cry. He said, “I didn’t know that this was the man that got killed that night.”

I began to talk to him about God, about Jesus and the fact that he could have his sins forgiven and could be redeemed. We . . . talked about that for a little while. Then he said: “This is hard for me, too, because I have just thrown my life away. I had dreams. I had hopes.”

I said, “I know, Jesse. I understand where you are coming from.”

Then I asked if I [could come and visit him at the end of all this process.] He said yes, that he would like to hear more about what I had to say. Then he walked across [the interrogation room] . . . and gave me this big bear hug.

I didn’t speak to him again until it came time for sentencing.

Paul said that during the time before sentencing, there were many press conferences. At them, he tried to talk as much as possible about his and his family’s faith and how Jesus Christ was supporting them and how they were directed to forgive because Jesus forgives.

In a sense, we were ready for the sentencing because we knew we were going to see [Jesse] again. We knew we were going to be faced with this man who had killed our son. But we did not carry any anger or hatred into the courtroom because I know what I have been forgiven for. Wendy knew what she has been forgiven for. This was just a man who needed Christ.

[Jesse] stood up and gave a beautiful apology. We wanted to make sure that he heard that we had heard this apology . . . because this is how we see Christ, because he was someone who hung around people like Jesse . . . or like me.

Wendy asked if she could talk to [Jesse] . . . in the courtroom.

Paul tells about how tears were welling up in the eyes of the lawyers in the court room, because they do not see this type of thing all the time.

. . . Wendy said, “Jesse, we have heard your words. We want to pray for your restoration.”

We walked out of that courtroom [knowing] Jesus was there . . . that a mission had been accomplished that day. But there is more to do.

There are still decisions to be made about visiting Jesse in prison and talking to him more about Christ. And then talking to others more about redemption and forgiveness when our culture doesn’t understand those terminologies.

I remember driving home from the sentencing hearing and listening to the radio. One talk show was saying “Would you forgive the murderer of your son?” I remember thinking to myself: “Wow. When you do things the way Christ does them or the way Jesus empowers us to do them, then you are countercultural. You do make people curious. People do see something that they don’t see every day.”

This has been a hard road . . . Partly, what we have learned is that suffering is a doorway that opens you up to new and deeper things with Jesus – that you fall in love with Jesus in a new way.

I can say, today, that I love Jesus more than I ever have before and that is a pure work of the Holy Spirit.

Later, interviewer Ben Lowell picks up on the question that had been posed by one of the radio talk show hosts: “Would you forgive the murderer of your son. Here is Paul Johnson’s response:

[The word of God] is the centrepiece of this because without [it] there is no basis for . . . what to do when trouble strikes.

When this thing hit us, we could fall back on what we knew to be the truth. And really, a lifetime of investment goes into that. So we talk to people about being intentional about reading and memorizing scripture, being in a Bible study, working on your spiritual disciplines . . . For me, I understood that the deep roots of faith had gone into me . . . God takes these spiritual disciplines and works with us and transforms us so that when trouble strikes, we can react biblically.

I think that is how the word of God prepared us for that moment.

Ben Lowell asked Paul, at that point, what some of the key things God brought out that supported him through this process.

The idea of forgiveness was the crucial piece because we are dealing with someone who has done great harm to your family . . . it could be [less extreme things than murder] like divorce or someone bullying your family . . .

But I had to understand quickly . . . the concept of forgiveness . . . and when I thought back to the concept where in the words of Christ, in Luke 7 and Matthew 5, when he talks about forgiving others so that we might be forgiven because we have been forgiven much. I realized in my own heart that, in Jesus way of thinking I had, in my heart, done things like adultery and murder. Because Jesus’ thinking is about the inside, so I couldn’t not listen to what this young man had to say.

Luke 7:47 and Matthew 5:24 were the first ones I thought about. That is the forgiveness piece that Jesus talks about. [It refers to] going and forgiving others because of our own sin. That was the first thing that . . . confronted me. I did not have any other option, once I understood what Jesus was talking about there.

The other one that kept rummaging through my mind was when Jesus said to go back to the altar and make it right . . . before coming and give me any sacrifices. Because here was a young man who was actually asking me to come and talk to him because he wanted to offer an apology.

. . . My own knowledge of the doctrine of sin – to take it to a broader level, that we are all broken and . . . full of sin because of the fall – that young man is no different than I. That was crucial for me to understand . . . he is broken like I am broken. He needs Christ like I need Christ.

The whole doctrine of sin and the fall is vital for us to continue to talk about, as believers.

. . . Grace is a hard commodity to find in our culture. Christians are sometimes as cynical as others. But we can offer grace because we have had grace offered to us.

Paul suggests that Christians often feel they have gone beyond this to another level that sets them apart.

But then you go back to Romans and you see Paul and the old Roman Road . . . you talk about “all have sinned and come short of the glory of God.” And we talk about grace that is there, but we have to understand . . . that yes, we are sanctified . . . transformed . . . a work of the Holy Spirit. But we are still a product of the fall.

Paul Johnson continues by saying that if we could see ourselves like others, compassion and power could be unleashed. As he concludes, he encourages listeners to represent Christ by offering grace. That is a huge testimony, to non-Christians who may not have heard this kind of talk before, he suggests. It helps to satisfy the natural curiosity that such inquirers might present.

(Lloyd Mackey transcribed the interview and provided the connecting commentary.)

2 comments for “Parents of murdered man forgive, and pray for restoration of, his killer”