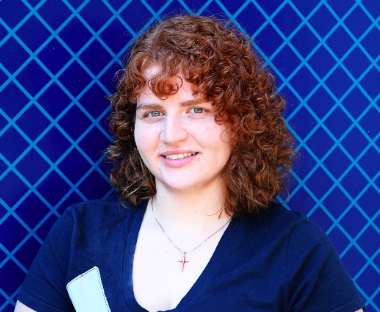 Jessie Legaree fears that her legal career could fall prey to a narrowing view of diversity.

The controversy over Canada’s first private, faith-based law school has been described as the seminal Charter case of our time. Opposition to Trinity Western University (TWU) has been vociferous and forceful, pressuring three provincial law societies to deny approval of graduates from the proposed program.

Rejection by Nova Scotia, Ontario and British Columbia came despite recommendations to the contrary by the Federation of Law Societies of Canada, which found that TWU fulfilled all the required academic standards.

While the court has a central role in protecting individuals by holding the government accountable, who would have thought it would be the last stand against an overzealous legal profession?

In the coming months, appeals will be heard across the country, beginning with Nova Scotia in April. The entire legal profession is involved, and the implications of these decisions are significant. There are real people who are being labelled unworthy of the legal profession and whose private beliefs are being subjected to validation by public opinion – real people a lot like me.

Prior to law school, I completed my undergraduate and graduate degrees at Trinity Western University. Having benefitted from its outstanding quality of education, if TWU had a law school I would have considered attending. Instead, I took up a coveted spot in the public system. Last year I graduated from the University of Toronto Faculty of Law, passed the bar exams and began articling in BC. Several months from now, I anticipate being called to the bar.

There is little distinction between me and future Trinity Western graduates. Despite attending law school in the public system, I have not been “born again” in the secularist image. My faith remains at the core of my identity and will continue to impact my personal governance as well as how I interact with the world. It is who I am. And yet, I’ll be allowed to practice. Why not others?

Lawyers are correct to recognize that Christians will approach the practice of law differently. I believe in the equality and inherent worth of all persons, for example, not because it is popular today, but because every person was created in the image of God. I support your ability to worship whomever you choose not just because the Charter says so, but because free will is a central aspect of being human. My career of advocacy will be rooted in service and driven by a desire to honour God through using my gifts – not for money or prestige.

The law societies have sought to do what is popular rather than what is right according to the law. I get it – they want to be on the “right side of history” by protecting a historically disadvantaged minority group, but in doing so, they have in succumbed to a mob majority.

This was most clear when the BC benchers resolved to subject my rights to a referendum. The balancing of my freedoms was put to a popular vote and thankfully deemed unacceptable by Chief Justice Hinkson of the BC Supreme Court this past December.

The provincial law societies have sent a message that diversity within the profession only extends to the status quo. All programs must conform to one worldview if graduates are to have their credentials recognized.

What about those graduates who still do not agree? What about those lawyers or law students who attend “accredited programs” but continue to believe in traditional tenets of the Christian, Sikh, Muslim, Hindu or Jewish faith? Will these people be welcome in the legal profession?

I am all too aware my faith may risk my future career. It scares me. Some people will have formed a prejudiced view of who I am and what I stand for without ever meeting me. While no one ever questioned my ability to serve clients with integrity, respect and competence as an insurance agent or government caseworker, I know the legal community will keep a watchful eye on me.

The just society is the free society, where there is space for disagreement and true pluralism reigns. I love law and am eagerly beginning my career. Today I am tolerated by the legal profession, but my colleagues in Nova Scotia, Ontario and BC have already indicated that I am not welcome, and the courts have sent mixed messages. Tomorrow I may be the next victim of a narrowing diversity.

Jessie Legaree is a graduate of University of Toronto’s Faculty of Law, and is articling in the Fraser Valley. Her comment first appeared in the National Post and is re-posted with her permission.