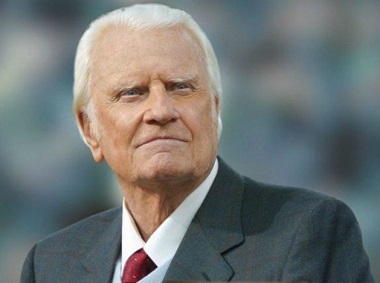 A few days ago, I was quietly wondering how Billy Graham was doing and hoping that he would still be around in November, when he would turn 100.

He did not make it, but passed away this morning, February 21, 2018, almost halfway through his 100th year.

The gospel he preached – peace with God through personal faith in Jesus Christ – was the gospel I had embraced on April 27, 1947, through the influence of Christian parents and the church of my youth, Oaklands Gospel Hall in Victoria.

Little did I know, then, that Billy Graham and his ministry would touch, not only my faith and family, but those of thousands of others, at various times, in British Columbia and other parts of Canada.

My family’s first direct contact with Graham came in 1951, when we boarded a ferry to Port Angeles, then drove to Seattle, where we attended five meetings of a crusade – as they were then known – at the Seattle High School Memorial Stadium. When I graduated from Oak Bay High School five years later, the compilers of my yearbook predicted a career for me either as an evangelist or a television broadcast engineer. I became neither, but both communications and faith have helped shape much of what has happened in my life.

It emerged that, during those years, Graham cultivated several Canadians who participated in his ministry and helped him to understand aspects of the Canadian faith ethos. Those people included singer George Beverly Shea, evangelists Leighton Ford, John Wesley White and Ralph Bell, pianist Ted Smith and journalist Leslie K. Tarr.

Toward the end of the 70s, invitations to hold missions in various cities in western Canada and northwestern United States were being considered by the Billy Graham Evangelistic Association. The first of these missions took place in Edmonton in 1980. Edna and I attended and became part of a group that started to frame an invitation for Graham to come to Vancouver. 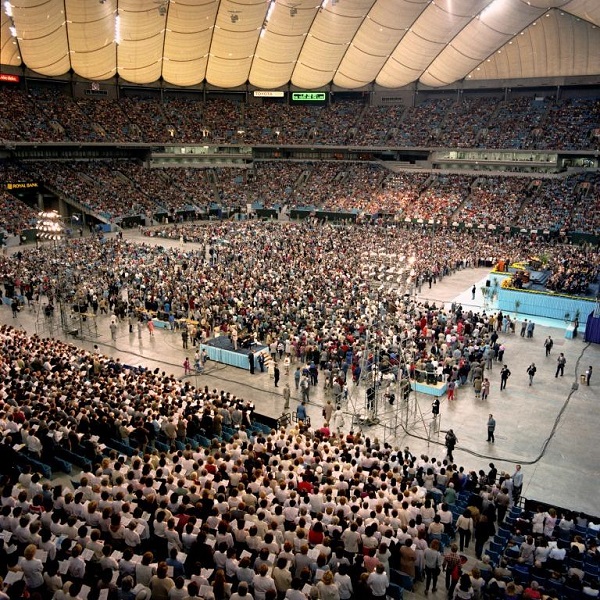 The pattern soon became obvious. Next summer, Graham was in Calgary (1981). Then came Spokane (1982) and Tacoma (1983). At the Tacoma Dome, the BC invitation group headed by the late Geoff Still, learned that a 1984 mission at newly-built BC Place Stadium was in the works.

That mission drew 229,000 over an eight-day period to the stadium and more than 10,000 people made personal commitments to Jesus Christ during the week. 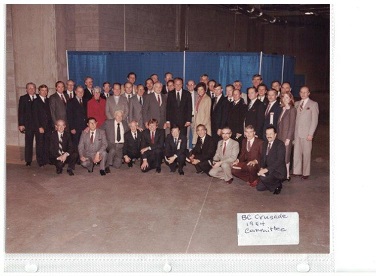 Vancouver’s Billy Graham committee. See below for names of some of the people involved.

Then-agriculture minister Harv Schroeder, himself a former pastor, crunched some numbers and suggested that the impact of the mission was the equivalent of starting 500 new churches in Vancouver and the Fraser Valley. Time would bear out that it would eventually happen, once the new and renewed believers were grounded in their faith through the fellowship of the churches with which they affiliated after making their commitments.

Graham and his colleagues always wanted to really understand the cities to which they were coming, so they would commission someone in that city to research and report on the things that made that particular community tick. That lot fell to me and I recruited Eileen Smith, who had been an executive assistant to several BC leaders, to help compile the report.

On the final day of the mission, Edna and I, along with Smith were among the people invited to sit on the platform behind Graham. As we looked out on the crowd of several thousand who responded to the invitation to receive Christ, we wondered what good stories might emerge from the lives being reshaped that day.

Some 20 years later, we learned that one of the people in the crowd was Licia Corbella. Heartening to me, as a journalist, was the fact that Corbella went on to become a significant reporter, editor and columnist. She kept the faith and has, through the years, working mostly in Calgary, written sensitively, from the perch of mainstream journalism, about ways in which the gospel she embraced that week in Vancouver, plays out in cities and ministries around the world.

The piece she wrote for PostMedia newspapers can be found here. 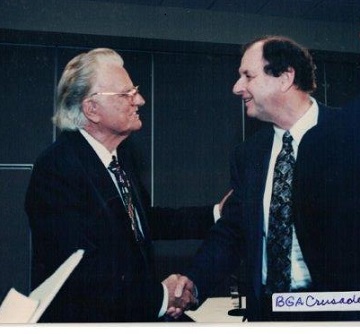 Billy Graham and Lloyd Mackey at the beginning of the 1998 Ottawa mission, reminiscing about 1984 in Vancouver.

It was an honour I never planned for – to be able as a journalist to watch Graham from time to time from very close range and to participate in the committee work that brought him to Vancouver in 1984.

It was always interesting to see the intersecting of my own Christian faith – imperfect as it has been – with the opportunity to tell the story of one of the 20th century’s best Christian communicators.

A highlight, perhaps, was in Ottawa, after a press conference prior to the 1998 mission there: We reminisced about 1984 in Vancouver, then he quietly and warmly encouraged me with his assertion that the work of Christian newspapering, in which I was involved, had some Canadian national significance.

That encouragement was helpful because I needed some sort of affirmation at the time, that Christian newspapers could be an extension to gospel communication. That was because they provided news and comment about the Christian community that could help new believers to integrate their faith into their everyday lives.

Editor’s note (from Flyn Ritchie): Lloyd Mackey was founding editor of BC Christian News, where I eventually became publisher/editor, so we have worked together in several ways over the years.

Here is a 13 minute podcast of Billy Graham preaching at BC Place.

Ed Hird, rector of St. Simon’s Church North Vancouver, was publicity coordinator for the crusade in Abbotsford and remembered Billy Graham and the event here.

Mark Cole, commented on his time with Billy Graham. As leader of the biggest choir in town (Glad Tidings), he was asked to act as ‘chairman of music’ for the crusade.

← Co:Here Housing Community all set to welcome new residents
Small Acts of Love: Inner Hope, one day at a time →

9 comments for “Remembering Billy Graham, and his Vancouver Crusade”