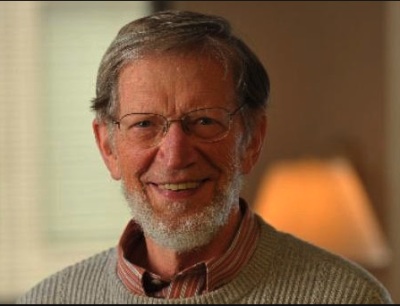 Alvin Plantinga will make the case during his lecture at UBC this Wednesday (October  2) “that there is no real conflict between science and Christian belief.” Plantinga, professor emeritus of philosophy at the University of Notre Dame, will draw particularly from his ‘Where the Conflict Really Lies: Science, Religion and Naturalism’ (Oxford, 2012). He says he will “go on to argue that there is a real conflict between science and naturalism – the thought that there is no such person as God or anything like God. So if we take naturalism to be a religion or a quasi-religion, then there is indeed a science-religion conflict; it’s not between Christianity and science, however, but between naturalism and science.“

Following are my summary notes from ‘Deep Concord,’ chapter 9 of Where the Conflict Really Lies.

For science to be successful, the world must display a high degree of regularity and predictability. It is an essential part of Christian theism to think of God as providentially governing the world in such a way as to provide that kind of stability and regularity. The world is due to a creative intelligence.

Albert Einstein: “Everyone who is seriously engaged in the pursuit of science becomes convinced that the laws of nature manifest the existence of a spirit vastly superior to that of men.” Theism offers important resources here: we can think of the necessity of natural law both as a consequence and also a sort of measure of divine power.

a. Science requires regularity, predictability and constancy; it requires that our world conforms to the laws of nature.

b. Scientists and other people must believe that it manifests this regularity (i.e there exists an ‘Order of Things’).

c. Theism enables us to understand the necessity or inviolability of natural law; this necessity can be understood in terms of the difference between divine power and the power of finite creatures.

The fact of the complexity, simplicity and accessibility of mathematics is just simply astounding. Paul Dirac: “God is a mathematician of a very high order and he used advanced mathematics in constructing the universe.”

Science requires a certain habit, a certain practice – the habit of making inductive inferences. We humans are actually addicted to inductive reasoning. For theism, God has created the world in such a way, that we reason in an inductive fashion and that it is successful. This is a very interesting phenomenon.

Simplicity, parsimony, elegance or beauty, consilience and fruitfulness are the key ones relevant to good science. Simplicity is a crucially important part of our intellectual or cognitive architecture – i.e. the actual preference for simplicity in science. That the world be relevantly simple is also required for the success of science. With theism, it is reasonable to expect our intellectual preferences to resemble God’s. We value simplicity, elegance and beauty; God prefers this simplicity; the world is relevantly simple.

Theistic religion gives us reason to expect our cognitive capacities (part of the imago dei) to match the world in such a way as to make modern science possible. Naturalism gives us no such reason to expect this sort of match. In his final chapter, he goes further to demonstrate provocatively the incompatibility of science and naturalism.

Modern Western empirical science originated and flourished in the bosom of Christian theism and originated nowhere else.

Gord Carkner coordinates Graduate Christian Union at UBC; this article appeared originally on the CGU blog. He is also a committee member of the UBC Graduate and Faculty Christian Forum, which invites top scholars – including Alvin Plantinga – to the campus. He works with Outreach Canada, and has a PhD in philosophical theology from the University of Wales / Oxford Centre for Mission Studies.