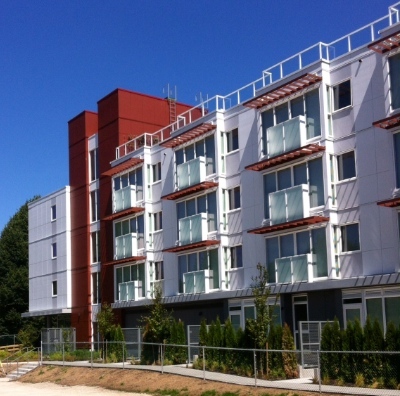 This fall, seniors will be moving into 53 new independent living homes in More Than a Roof’s Little Mountain project.

Some 60 years ago, more than 200 social housing units were built in the shadow of Vancouver’s picturesque Little Mountain. As the years passed, the housing became more difficult to maintain; it was time to replace those aging structures.

Enter More Than a Roof (MTR).

This fall, several dozen low income seniors will be moving into 53 new independent living homes in MTR’s Little Mountain project, now rushing to completion. The project is the first group of a total of 234 one-bedroom and two-bedroom apartments that will replace the 50s project.

The property will ultimately include many more units; the end product will involve a mixture of social and market housing. Much of the support for the not-for-profit social component will come in large part from the sale of some of the Little Mountain land to developers.

Holborn Properties is the overall developer of the Little Mountain complex, by agreement with the provincial government and the City of Vancouver.

In the words of a recent joint statement from the three entities: “Redevelopment will allow for a better use of the land and encourage a mixed-income and diverse neighbourhood, with modern, subsidized housing that is fully integrated into the larger business and residential community.”

And the net effect of property sales related to the Little Mountain project will be the release of substantial funds to other social housing projects.

The release adds: “The province is investing all of the net proceeds from the sale of the site into social housing throughout BC, with 50 percent of the proceeds targeted for Vancouver. In addition to the 234 new units at Little Mountain, proceeds will be invested in the 2,100 new supportive housing units being built around the province, 1,500 of which are in Vancouver.” 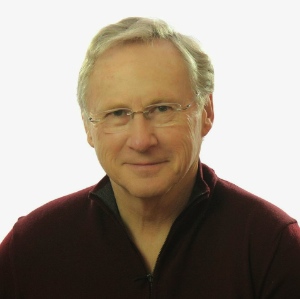 Lorne Epp is executive director of More Than a Roof.

Lorne Epp, MTR executive director says the Christian agency has developed substantial experience in working with government, churches, developers and community leaders in several parts of British Columbia over the past few years.

Originating as an arm of Mennonite Central Committee, MTR evolved into a stand-alone organization with a related foundation. It has developed 11 housing projects – nine in the Metro Vancouver, and two outside, in Victoria and Prince George.

Lorne points to five steps MTR utilizes in implementing its projects and working with the people the agency wants to help. “They are the ‘More’ in ‘More Than a Roof,’” he explains.

In addition, Lorne described six values which help shape the way in which the agency does its work.

“All of these values and strategies are centred on doctrinal themes that are broadly woven through the Christian scripture. It is my hope and prayer that through our work, we might ‘let our light shine before men’ in a Matthew 5:16 kind of way that our postmodern culture can understand,” he says.

An article in the June 1, 2013 Mennonite Brethren Herald, written by Simon Lewchuk, described the development of MTR:

Started almost 30 years ago by two Christian real estate developers who realized the desperate need for more affordable housing in and around Vancouver, MTR (first incorporated as MCC Housing) built its first affordable housing project in 1986.

Although MTR has cultivated close business relationships with external stakeholders and various levels of government to secure funding, land and regulatory approval, they work closely with local churches and continue to be inspired and led by a deep Christian faith.

“We care about homeless people because Christ cares,” says MTR executive director Epp. “Jesus always responded to extreme human need around him with respectful compassion, generosity, dignity and care. . . . As Christians, we’re called to embody a message that profound change is possible, to bring light to darkness. For the tenants we do life with, we have a 24-hour opportunity to embody the gospel.” 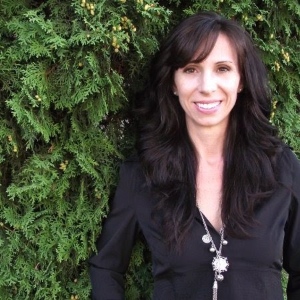 Lee Ann Michayluk is managing director of downtown projects for More Than a Roof.

“The site is a 15.2 acre area is located next to Queen Elizabeth Park. It is close to Riley Park, Hillcrest Community Centre and a vibrant shopping district on Main Street,” she says. “The development area is an L-shaped parcel of land, located between Main and Ontario Streets and from 33rd  Avenue to 37th Avenue.”

But it is more than that, Michayluk adds. It is a 10-minute walk to the Canada Line, handy to one of Canada’s most scenic parks and within easy distance, potentially, of some of the best non-major league baseball.

Phase One – the project now moving toward completion – is a five-storey, 53-unit building for seniors offering non-market housing at the Little Mountain site.

Some of the building’s features are:

Michayluk also has a ready list of Christian agencies that are helping to bring a human scale to the project. They are:

← Local Iraqi Christians ask Canadian government ‘to be our voice’
Ron Reed, and upcoming movies, take on the Tolkien-Lewis Project →