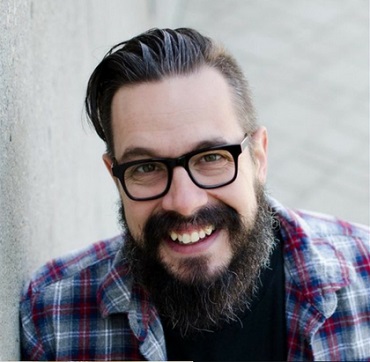 Jared Siebert is one of the speakers at a May 29 conference calling for more Canadian missionaries.

Jared Siebert will be leading a conference in Surrey later this month (see below). In the meantime, he has given permission to re-post this comment.

The current situation the Canadian church finds itself in could be called a crisis. But even now, to some ears, that word feels too big.

Unfortunately, it is precisely the slow moving nature of our situation that has made this crisis so difficult to detect. For decades, our problems never seemed urgent. Now suddenly they are.

Decline of the church

Here is what we are beginning to notice. A precipitous decline in both the Catholic and Protestant churches in Canada over the last 40 years, the heaviest bleed coming from the Protestant camp. Many denominations are facing the closure of literally thousands of churches across the country.

Next, we note that ‘other religions’ (Islam, Hinduism, Sikhism, Buddhism, etc) are on the rise. Why have other religions grown from 4 to 11 percent of the population in the last 40 years? Are Canadians converting en masse to other religions? No. The growth of other religions is primarily due to immigration.

Growth of the ‘Nones’

So, if Christianity is shrinking and other religions are not converting Canadians en masse, where is everyone going? The simple answer is we are becoming a nation of the Religiously Unaffiliated.

The so-called religious ‘Nones’ have grown by 500 percent in the last 40 years (4 to 24 percent). Canadians, in increasing numbers, find the world described by secular thought more compelling than the one offered by religion. While this trend is most pronounced in historically Christian communities, it is also becoming evident among the youth of other religions too.

The Canadian Missionary Crisis is that we don’t see our country as a legitimate place to send missionaries. The crisis is that we continue to place most of our missionary efforts and focus elsewhere. The church in Canada is only now becoming vaguely aware that there is need in our home and native land.

We’ve begun to notice that our place at the culture table is no longer a foregone conclusion. Cultural forces that used to send people through the doors of the church are now drawing them away.

The time has come for the church to start asking some deeper questions.

What we need is to begin to see Canada with missionary eyes. We need to begin asking missionary questions. We need to begin doing real missionary work. We need to find new ways of communicating the gospel in the idioms and language of our people. The good news is we already know how to do this. We’ve had centuries of practice. We’ve done good work in other places. We can do it here too!

Jared Siebert is founder of New Leaf Network and serves as national director for church development for the Free Methodist Church in Canada. He wrote Gutsy: (Mis)Adventures in Canadian Church Planting.

New Leaf points out that its events “are unique in that they don’t depend on big name American authors to help light the way. These events are for Canadians by Canadians.” New Leaf, in partnership with Forge Canada is hosting The Nones: An evolving story of secularity in Canada, May 29.

Here is a description of event:

As leaders in the Canadian church we know the religious landscape in Canada has changed. We feel it when we’re tasked with closing empty churches or when churches wrestle to find meaningful connection points with their neighbourhoods. We even feel it with new and innovative church plants struggling to reach those with no previous church experience.

Come listen and learn together as we host a unique conversation introducing Canadian church leaders and planters to the Canadian Missionary Crisis of the Dones (those who have given up on church and decided they are better off without it) and the Nones (those who are unaffiliated with any organized religion).

The Nones will take place at Southside Community Church in Surrey.

← Around Town: Tolkien, Flavours of Hope, Pope Francis, Labyrinth, The Sojourners
Melissa Skelton is one of just two female Anglican archbishops in the world →

3 comments for “The Nones: An Evolving Story of Secularity in Canada”