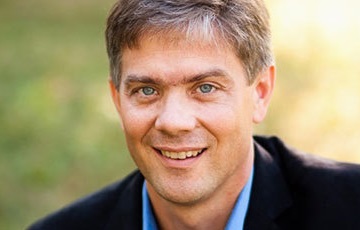 Regent College professor Bruce Hindmarsh will consider evangelicalism’s emergence as ‘a new pattern of Christian devotion’ during his book launch.

Evangelicalism. Who’s in, who’s out, who wants out? Bloggers are having a field day. The movement is in the midst of an existential crisis (assuming evangelicals are allowed to have existential crises) precipitated by the fact that the great majority of American white evangelicals voted for Donald Trump.

As with most social media tempests, history and world perspective are largely overlooked. But there are some diverting headlines, such as:

* Christian group plans ‘revival to protest ‘toxic evangelicalism’ (Shane Claiborne and his Red Letter buddies will face down Jerry Falwell Jr. and his Trump-toadies in his lair at Lynchburg, Virginia.)

This issue is a serious one, of course, Many of the blogs make variations of these points, from a Salon article by Valerie Tarico (Evangelical Christianity is facing a political crisis).

So, evangelicals have three enormous and interrelated problems with their product at this point. One is that their whole enterprise is built on an indefensible view of the Bible. This has facilitated the merger of biblical Christianity with Republican dogmas and will leave believers vulnerable to this kind of exploitation until the theology itself is fixed.

The second problem is that millions of Christians have now been so thoroughly indoctrinated into Bible-sanctified Republican ideology that it could take a generation to move them away from the beliefs and priorities that elected Donald Trump and nearly elected Roy Moore. It took a generation to bind them into this tangled web and there is no reason to think that journeying free will be easier.

The third problem is that this whole state of affairs has been a profound violation of trust. People trust religious leaders to be honest and moral, and when that is gone little influence remains. Young people who see through the mess are leaving evangelicalism and Christianity. They are losing faith in faith itself.

Canadians are not immune from American manias, of course, so we are enjoying a considerable amount of spillover in the debate. Just the other day a local pastor (graduate of an evangelical seminary and member of a denomination which belongs to the Evangelical Fellowship of Canada) recited some of the issues mentioned above and concluded:

So it would seem, the right response to evangelicals leaving home is to applaud them. Not a sarcastic slow-clap but an authentic cheer for someone who has soured on one thing in order to taste again the sweetness of the sure thing. Evangelicals are leaving home to come home to Jesus.

The Spirit of Early Evangelicalism 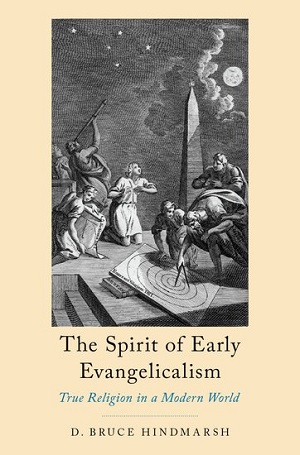 It is into this turbulent atmosphere that Dr. Bruce Hindmarsh offers his new book, The Spirit of Early Evangelicalism (Oxford University Press, 2018), which he will launch tonight (February 15) from his home base, Regent College.

In a recent podcast on the Regent site, he said:

Here is how the book launch is described by Regent:

Evangelicalism appeared as a new pattern of Christian devotion at a moment when the foundations of Anglo-American society were shifting. The Spirit of Early Evangelicalism locates the rise of evangelical religion in relation to movements that we now routinely acknowledge with capital letters: Modernity, the Scientific Revolution and the Enlightenment.

The book examines the evangelical awakening in connection with the history of science, law, art and literature. Bruce Hindmarsh provides a fresh perspective, and presents new research, on the thought of leading figures such as John and Charles Wesley, George Whitefield and Jonathan Edwards. Viewing devotion, culture and ideas together, it is possible to see the advent of evangelicalism as a significant new episode in the history of Christian spirituality.

Dr. Hindmarsh will speak on the theme of his work and Dr. Mark Noll will respond.

That’s a potent duo. Hindmarsh is a well-respected author and past president of the American Society of Church History. Noll has joined Regent’s faculty as Research Professor of History, following an illustrious career at Notre Dame and elsewhere. He is the author of many books, including The Scandal of the Evangelical Mind.

The focus of the evening will be on history, rather than the current situation, but it is hard to imagine, given the current climate and the experience of the two speakers, that there will not be some light thrown onto the current confused state of evangelicalism. 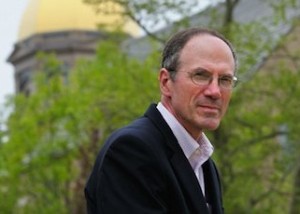 Mark Noll is Research Professor of History at Regent College.

Mark Noll has been a leader in demonstrating the worldwide nature of evangelicalism, with books such as The New Shape of World Christianity and Clouds of Witnesses: Christian Voices from Africa and Asia.

It is part of the vocation of the church historian to remind Christians who may be depressed about the current condition of the church that states of division and uncertainty are the norm rather than the exception in Christian history.

It should be noted that [Billy] Graham’s comment, cited by Christianity Today as relevant in 1999, was in fact uttered in 1955 on the occasion of the founding of the magazine. The perceptive editorial comment in 1999 was “though the specifics may have shifted since Graham’s 1955 speech, evangelicals are still confused about their role in society, divided as a body, and even bewildered about what evangelical means.” . . .

Even if the pessimists turn out to be correct so far as the evangelical movement in its historic northern heartlands is concerned, it seems manifestly improbable that the burgeoning evangelical Christianity of the southern hemisphere will follow a similar trajectory.

Pertinently, Canadian evangelicals have demonstrated little support for Trump or for any of his would-be epigones up here. Nor have Aussie, Kiwi or British evangelicals. So the scorn of non-evangelicals and the breast-beating of evangelicals about “What does this horror imply about the very nature of evangelicalism?” seem to be off-target.

Evangelicals in nations without British background are, apparently, even less concerned with issues related to Trump and American civil religion – they have their own problems. 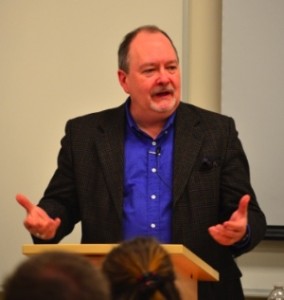 A couple of Stackhouse pieces help put the current cultural debate into perspective:

* American evangelical support for Donald Trump: mostly American and only sort of ‘evangelical’ / a response (quoted from above)

* Is the ‘evangelical’ label worth preserving or nah? (Jonathan Merritt interviewed Stackhouse for Religion News Service).

Here is a portion of that interview:

RNS: You’ve chosen to hang onto the [evangelical] label. Why?

JS: It helps to be Canadian. Canadian evangelicalism experienced a bit of fundamentalism, but fundamentalism hasn’t overshadowed the whole tradition as it has in the U.S. International evangelicalism, as seen in bodies like the World Evangelical Alliance (until recently, led by a Canadian), the International Fellowship of Evangelical Students and the Lausanne Committee do have to deal with massive American influence. But, on the whole, they maintain a healthier balance: one that retains the focus on personal piety and friendly evangelism typical of the 18th century roots of the movement in people like John and Charles Wesley, George Whitefield and Jonathan Edwards.

RNS: But what is wrong with someone rejecting the label because of what it has come to mean?

JS: Labels are just tools: If it works for you, use it. If not, then don’t. I don’t use it when I’m pretty sure it’s going to misrepresent me in this or that conversation or group. But it’s a pretty good label for a genuine phenomenon: this distinctive kind of Protestantism that emerges out of Puritanism (in Britain) and Pietism (on the Continent), blossoms in the trans-Atlantic revivals of the 18th century, and carries on to this day in varied but related streams. If we drop ‘evangelical’ as a descriptive term because of political poisoning, okay, but we’ll have to find another one, because there is something there that needs a label.

So, the jury is out on the fate of the term ‘evangelical.’ In the meantime, I’m looking forward to getting a better fix on the bigger picture with Bruce Hindmarsh and Mark Noll.

If you can’t make it out to Regent College tonight, do check out the 36-minute podcast. Here is a taste:

In my concluding chapter I said that if you asked the early evangelicals what was the spirit of their movement, they would have had a ready answer: it’s the Holy Spirit. And one of the surprises to me is for all that evangelicals are about preaching and they’re about itinerating and small groups and hymn singing and conversion and so on, they were really most interested [in] . . . what it is to experience the immediate presence of God, what it is to know God intimately and personally. . . .