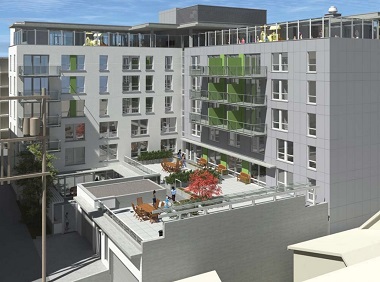 The City of Vancouver recently posted information about the Women and Family Recovery and Housing Centre, a major new initiative of Union Gospel Mission (UGM).

In January, the provincial government promised an $83-million investment in four projects [450 units] all located in the Downtown Eastside.

UGM’s planned seven-storey, 63-unit mixed use building will constitute the largest expansion in the ministry’s history.

Several publications have covered the process. Here is some of that coverage.

From The Vancouver Courier (Naoibh O’Connor): Design for new Women and Families Centre big and bright:

That’s why she’s pleased with the design of a new and expanded centre, which will see the existing three-storey building replaced with a seven-storey one. Renderings were released recently as part of the development permit process.

“[The design] is great. It’s in keeping with the neighbourhood . . . it gives safe space for the children and the moms, with the courtyard not facing out to the street,” she said.

“Everyone needs air and light just as part of our health. We’re all full human beings. We have mental, physical and emotional sides to us and being hunkered down in dark, non-airy spaces – I just don’t believe it’s good for the soul, let alone the body. I don’t think people thrive in those circumstances. We want to see people not just survive but thrive.”

UGM’s Women and Families Centre serves women, some with children, who have addiction histories and need support. 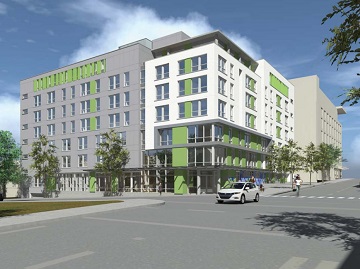 The facility currently has 15 units of transitional program housing, but with the seven-storey redevelopment as UGM’s Women and Family Recovery and Housing Centre, it could have as many as 63 social housing rental units, including 27 sleeping units similar to the existing facility and 36 units of new social housing for women who have finished the program and other women in need. . . .

These units are meant to be temporary housing only; the average tenancy will range from two years for transitional housing to five to six years.

Additionally, the new facility calls for after afterschool program for youth, daytime outreach program for women, and a daycare centre with 12 spaces for babies and toddlers and 16 spaces for pre-school age children. 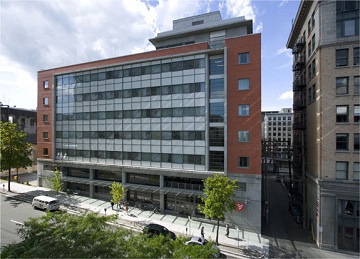 Belkin House, in the downtown core, is one of several Salvation Army projects undertaken by NSDA Architects.

NSDA Architects submitted the application to the city. It has created several other buildings around Metro Vancouver for Christian ministries, as described on its website:

Jeremy Hunka, public relations specialist at UGM, says they still need to raise about $14 million for the $35.5 million project: “This new building and its programs will help transform the lives of women, and change the trajectory of entire families.”

In another recent story – unrelated, except that it’s also about UGM’s work – Tina Lovgreen posted a touching photojournalism piece for CBC News. Evicted Again is about “outreach workers [who] struggle to help homeless people pushed out of tent cities.”

← Churches work together to provide social services in Surrey and White Rock
Harry Rankin, a man for our times? →