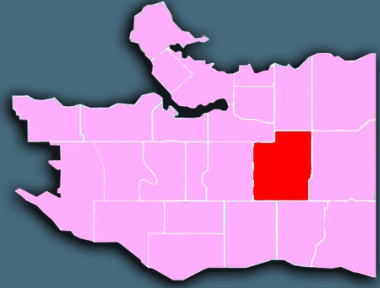 Kensington-Cedar Cottage consists of two historical neighbourhoods – Kensington and Cedar Cottage, which are south and north of Kingsway respectively. It sits in the centre of east Vancouver, offering stunning views of the city and the North Shore as one drives north from the southern boundary of 41st Avenue.

The northern boundary follows 16th Avenue from Fraser Street (the western boundary) to Clark Drive, where it jogs north to Broadway and east to Nanaimo Street (the eastern boundary). Kingsway cuts diagonally through the middle of the area, and Trout Lake is in the northeast corner. 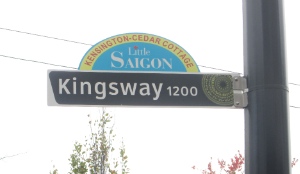 The 2011 Census shows that the percentage of Tagalog speakers has surged by 64 percent across Canada since 2006; that growth is certainly reflected here. Also in recent years, hundreds of Christian refugees from Burma and Vietnam have been settled here.

The median income for the area has been climbing steadily, as middle class younger families gradually buy out the older working class immigrant households. The southeastern half of the neighbourhood has a higher than average rate of poverty. 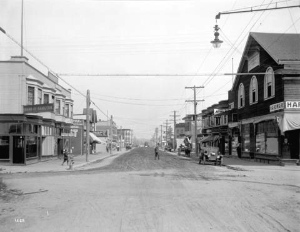 In 1888, Arthur Wilson bought 16 hectares at Knight Street and Westminster Highway (Kingsway) and began the Cedar Cottage Nursery. Farming began in that area, and also around Trout Lake.

A tram stop at 18th and Commercial on the interurban line built between Vancouver and New Westminster in 1891 became an anchor point around which a village developed. By 1910 there were 40 stores and a school (Lord Selkirk, still standing today). In 1912, Cedar Cottage property owners voted for annexation by Vancouver.

As automobile traffic developed, Kingsway became a major through road, drawing business away from the village centre. By the beginning of World War One, Cedar Cottage was no longer rural, with industrial workers living in modest houses.

Densification: Kensington was chosen to take part in CityPlan, launched in the mid-1990s. The purpose was to determine “programs, priorities and actions.” Vancouver Sun columnist Pete McMartin said this about the process:

McMartin, and many local residents, feel the process of densification brought more life to the area. But there are problems as well . . . 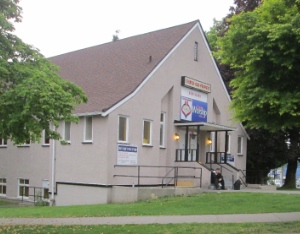 The King’s Way’s Church of God of Prophecy at 17th and Kingsway had a fire earlier this year which may have been caused by people hanging around the neighbourhood.

Prostitution, drug use: Residents are trying to get the police and city hall to take action to contain the prostitution, drug abuse and petty crime that has become common along Kingsway, centred on Knight Street. When the King’s Way Church of God of Prophecy suffered serious fire damage in the spring of 2015, Bishop Franklyn Allen wondered whether those issues – which he has seen signs of around his church at Kingsway and 17th Avenue – were related to the fire. He would like to see the city take action, but does not agree with some neighbours’ proposal for a red light district.

Is this a neighbourhood?: Former city councillor Anne Roberts said in a 2007 Georgia Straight article:

It’s a stretch to call [Kensington] a neighbourhood. With a population of about 45,000, it’s larger than most cities in the province . . . You can’t find a more multicultural population . . . People don’t share a history. The area doesn’t even have a central business district like Kerrisdale or Commercial Drive. 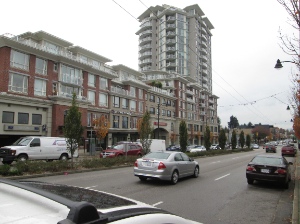 King Edward Village has changed the look of Kingsway where it meets Knight and King Edward.

She was hoping the high-rises and other developments at King Edward Village (where Knight, Kingsway and King Edward converge) would become a “lively, attractive neighbourhood shopping area,” that it would become the heart of Kensington. Kingsway has never been a pretty street, and traffic on Knight is brutal – but the development has created some sense of focus.

East along Kingsway from King Edward Village, at Gladstone Street, is the site of Kensington Gardens, a complex which will host three towers, town homes and commercial space; it is scheduled for completion in 2017. The developers – and their supporters – say it will rejuvenate the stretch of Kingsway between Victoria Drive and Nanaimo Street. Time will tell. 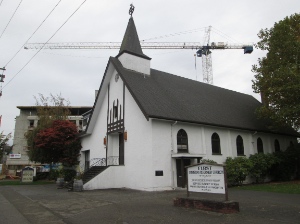 First Christian Reformed Church at 10th and Victoria already plays an active role in the community. The New Welcome House of the Immigration Services Society of BC being built right beside the church will no doubt influence its activities.

Kensington-Cedar Cottage has considerably more churches than most neighbourhoods (not just because it is a large area) and they reflect the diverse population:

Here are a few ways in which Kensington-Cedar Cottage churches are linked to their neighbourhood. The list is far from complete and we would love to hear about other examples:

* First Christian Reformed Church has a community garden (Garden of Eatin’) and Community Night Dinners every Wednesday. It has also made a serious commitment to environmental stewardship. 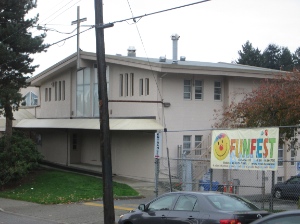 * Vancouver Chinese Alliance Church hosts a community party and a three-week ‘Day Knight Camp’ each summer. It will hold a FunFest October 31 for neighbourhood children.

* The Courier did several articles on Kensington-Cedar Cottage as part of a year-long series of articles on Vancouver neighbourhoods in 2013/2014.

* The City has a Kensington-Cedar Cottage page.