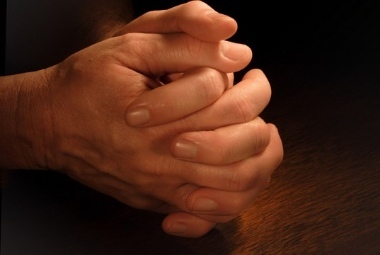 The Angus Reid Institute released the findings of their survey on prayer May 8.

Three weeks ago, Vancouver-based pollster Angus Reid offered his insights on the prayer habits of Canadians during his keynote address to a 1,000-strong audience at the BC Leadership Prayer Breakfast. This week, he released the study upon which those comments were based.

On May 8, the Angus Reid Institute (ARI) revealed the contents of the survey, funded and commissioned by ARI itself. The title – Prayer: Alive and Well in Canada – tells much of the story.

These are the key findings: 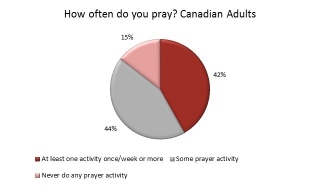 A National Post article highlighted a distinction between those who pray primarily to thank God and those who are looking for help:

“I think people, when they get into a bind – and all of us get into binds – when someone gets sick, or something totally unexpected happens in our lives, and there’s a point of big uncertainty, a lot of people do it just in case,” Reid told the National Post.

The good news for those who pray more regularly is that they are also answered more often – at least according to them:

The largest number of Canadians (44 percent) say they can count on a response to their prayers “sometimes.” However, within the group most likely to pray, more than half (53 percent) say their prayers are either always or often answered, five times the rate reported by those who pray less frequently. 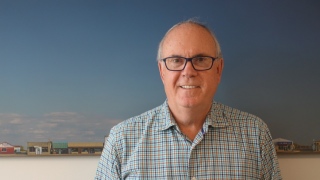 Angus Reid spoke on prayer at the BC Leadership Prayer Breakfast April 22.

At the BC Leadership Prayer Breakfast April 22, Reid started by pointing out that the past 50 years have been “tough on religion” (for example, 56 percent of Canadians attended church weekly in 1966; now 15 percent do). But then he lightened the tone:

I welcomed the opportunity to speak with you today because it seems clear to me that the starting point for any assessment of faith in our society must begin with questions about prayer. Prayer is, in many respects, the cornerstone of faith. The act of prayer is our human mechanism for reaching out to a divine, largely unseen power and involves some level of certainty that God, however defined, cares about and listens to us.

Reid said, “Looking back through my files over the past 50 years there is a lot of historical survey data on religion and church attendance. But past surveys on prayer in Canada are hard to come by.” Thus the current study.

For Reid’s full talk go here. The whole thing is worth reading, not least his personal story. “I grew up in a large Catholic family with eight kids,” he said, and he is still an active Catholic. In 2013, Reid was awarded the Cross Pro Ecclesia et Pontifice from Pope Francis, the highest honour the Pope bestows upon lay people.

He founded the Angus Reid Group in 1979, and Vision Critical in 2003 with his son, Andrew. Since 2014, he has devoted his full-time efforts towards the Angus Reid Institute, a national not-for-profit, non-partisan public opinion research organization dedicated to providing objective polling data to the the public – at no charge – on a host of critical social, economic and issues.

← Around Town: LEGO partners, Victim Circles of Support, Surrey Night Market
Faith in Canada 150: Recognizing role of faith as we prepare for 2017 celebration →