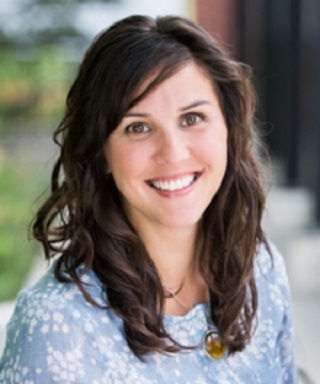 Milissa Ewing felt caught between cultures growing up – an imposter – but God has called her to be a bridge between people and cultures.

To listen to Ken’s sermon, and Milissa’s personal reflection, go here. The balance of personal anecdote, the commitment to justice and the devotion to reconciliation make it a compelling podcast. Christianity Today’s online journal Preaching Today is planning to feature the sermon October 30.

My name is Milissa Ewing. I am a descendant of Chief Joe Harris of the Namgis Band of the Kwakwakawak Nation. I am also a descendant of Annie Summers from England, of George Barr from Ireland, and Ole Loraas from Norway.

I am honoured to speak today about reconciliation, something that is close to my heart and central to what I believe God has called me to.

In a city like Vancouver, there are many of us – children of parents from different racial backgrounds. People who aren’t quite sure which ethnic box to check off on the census.

As a kid, there were moments where it was advantageous to be considered First Nations – like when the Aboriginal Education teacher would pull us from class to go to a pow wow or do some arts. There were also times when it was more advantageous to be considered Caucasian – like when the racial jokes would start up and the “Indian kids” were left out of birthday parties and cliques.

Generally, I tried to fly under the radar and not be identified either way.  But, people who don’t fit into a neat census category makes some uncomfortable.

When I was in the sixth grade my family lived in a small, racially-charged town. There was a huge divide between the townsite and the reserve. One day, while swimming at the public pool, I accidentally splashed another kid who yelled at me, “Go back to the reserve you dirty Indian.” At first, I looked around because he couldn’t mean me! I was flooded with shame when I realized that his comment was directed my way.

That same week, I tried to befriend a First Nations girl, Lisa, in my class and her mom told her, “Why do you want to hang out with that white girl from the suburbs?” What? White girl? Again, I thought, surely she thinks Lisa means someone else, but when I probed further, I realized that I was the white girl to whom the mom was referring.

This, and other incidents like this began to shape how I saw myself. I became someone who didn’t belong anywhere. As I got older, I learned to distance myself from anything First Nations because it was “safer” and more acceptable. But I was often reminded of my “otherness” – be it an inappropriate joke, racial profiling or “well, you’re not like the other Indians.”

Now, names are very powerful. In Aboriginal culture, names hold significant meaning. Ken mentioned Karen who was given a number instead of a name when she went to residential school, stripping her of her identity. We see now how many First Nations are reclaiming traditional names as a way of taking back what was stolen. My dad, George, has been reclaiming his First Nations heritage and is in talks with his cousins about a naming ceremony – a new name to signify his new identity.

Over the past years, I sensed God calling me to be his agent of reconciliation. Actually, sense is the wrong word. I have had my heart broken for the Aboriginal people in our country and I know beyond a shadow of doubt that reconciliation or conciliation is a big part of why God has called me to be a pastor.

But, as you can imagine, with that false name, Imposter, I have always felt a bit sheepish and uncomfortable with this. Even though in my work with First Nations students as a teacher, as I have been embraced by First Nations men and women, I always had this feeling like I don’t belong. When asked to weigh in on Aboriginal issues, I’ve wondered what God was up to – “You know, God that I don’t really have a valid voice here, right?”

But, names are very important to God, too. In the Bible, we read time and time again of God giving people a new name: Abram to Abraham, Jacob to Israel, Paul to Saul. A new name can signify a new calling, a new identity, an affirmation of purpose and meaning.

When Mark and Cheryl Buchanan came and spoke here last June, I knew that God was beginning to answer my 15 year old prayer to be a part of his reconciling work. I cried as I saw what I thought was impossible – drumming and praying in the Musqueam language from this very stage. I thanked Cheryl after the talk but confessed that I still wasn’t sure what my role was. That I have always felt like an outsider – an imposter – in both First Nations circles and Caucasian circles.

Cheryl paused. And then she said something like this:

I don’t really know you, so please forgive me for being so forward. I sense God wanting to tell you that your name is not Imposter. That’s a false name you’ve been carrying for too long and it’s getting in the way of his good work. God wants to give you a new name. Your name is Bridge.

The next day, I was speaking to my spiritual director, talking about something that I thought was unrelated – about different people who were not seeing eye to eye and how difficult it was for me to be in the middle. My spiritual director, like Cheryl the night before, paused and then said:

Then a few weeks ago, I met with a professor at one of the theological schools here in Vancouver, and as I shared some of my story, he exclaimed:

Well, it seems clear that God is calling you to be a bridge! What an opportunity!

At this point, my only thought is, “Okay, God. I get it. You’re not just asking me to be a bridge, but you’re naming me – you’re telling me something about who you made me to be.” So what does this actually mean?

A physical bridge is something that crosses the wide gulf that can separate people from one another. But, the gulf is not always geographic. Like the geographic separation between the townsite and the reserve that existed in that small town I lived in as a kid, there is often a larger relational and spiritual gap. A gap that can only be crossed through a relational or spiritual bridge.

And I believe that we are all called now, at this particular point in Canada’s story, to walk the painful bridge between what was and what will be, moving toward a future where we will all be reconciled under one Creator God.

The earth is yours, and everything in it,
the world, and all who live in it;

Your desire is that we would all be brought together

Under you, the one true God

You have given us the ministry of reconciliation.

God, reveal our hidden stereotypes and expose the obstacles within our hearts that would hinder the reconciliation work you want to do through us.

Creator, open our eyes to truly see one another as you see us. Give us desire to be in right relationship. Give us humble hearts to learn from one another and knit us together as one.

Father, give us a vision for your beautiful, multi-faceted church – where all people, every tribe and tongue would bow before you, united in worship.

Show us our part in this ministry of reconciliation you have called us all to. Speak into our individual lives and our collective community. Give us the wisdom and courage to act.

Fill us with your Spirit, Lord. May your will be done, your kingdom come

← Around Town: Our Stories Shape Us, Worship Invasion at 20, TWU dorm . . .
Justice Matthew Begbie: Has the Law Society of BC treated him fairly? →

3 comments for “‘Your name is Bridge’: Personal call to reconciliation shared with whole church”