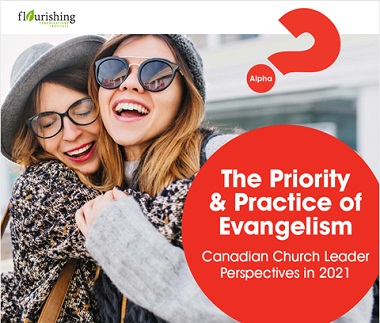 A major survey of Canadian church leaders reveals some surprising – and at times concerning – facts about how they, and the church as a whole, feel about evangelism

Alpha Canada and Flourishing Congregations Institute joined forces to produce The Priority and Practice of Evangelism.

Probably the key message they would like us to take from the study and the accompanying Life Shared video (see below) is that we should be “making Jesus’ last command our first priority.”

But going and making disciples does not currently seem to be top of mind for a good number of the leaders surveyed.

Here are the key findings from the 25-page research report:

1. Attitudes toward evangelism differ between senior pastors/priests and other church leaders. (For example, 46 – 48 percent of church leaders who work with children and youth say that it is wrong to share one’s faith with someone in the hopes that they will one day identify as Christian.)
2. The most encouraged and practiced method of evangelization today is showing vs telling.
3. The majority of churches are not prioritizing or equipping for evangelism.
4. Only half of church leaders connect evangelization with discipleship and prayer.
5. We think we’re doing better at evangelism than we are.
6. The global pandemic prompted innovation and increased prioritization.
7. Pastors are leading by example and personally benefiting from evangelism.

Alpha Canada and Flourishing Congregations Institute, supported by 26 partners, surveyed 2,700 leaders between May and July 2021. They sought – and seem to have achieved, quite well – a diverse sample of leaders in terms of location, age, gender, congregational size and theological tradition.

Roman Catholics made up 21 percent of the respondents, with many Protestant groups making up 3 – 5 percent each; ‘Others’ were 27%. British Columbia supplied 17 percent of participants. 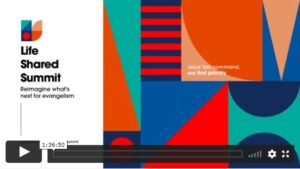 Among the highlights from the one-and-a-half hour video:

Asked what most stands out to her from the research, she said (32:15):

What I found most surprising is that 45 percent of pastors did not think that prayer is central to evangelism. Nor did they think that evangelism is an essential part of discipleship. In my experience with Alpha, we have seen that there is a direct correlation between churches who pray and the effectiveness of evangelism.

And then in discipleship. Gosh, I’ve been more discipled in taking steps of faith in evangelism than anything else I’ve done in my Christian faith. . . . You get discipled when you evangelize. 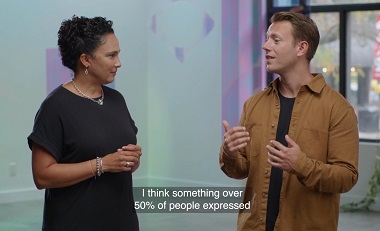 I was really impacted by the data that said that 46 – 48 percent of those that work with children and youth expressed that it felt wrong to share the faith with the purpose of conversion.

That’s really interesting for a number of reasons. One, because that is the critical window in faith formation. That’s what the research is showing; we don’t know exactly why that is.

It could be that when it comes to children and youth workers they are often younger in demographic. I can’t help but think that maybe the cultural experience and antagonism towards evangelism has seeped into the formation of young people within the church.

Visser and Ballard hope that the data from the research will be used as a “jumping off place” for conversations with youth ministry leaders and others.

What stood out for me, also, that’s positive, is the effect of the COVID-19 global pandemic on innovation. I think something over 50 percent of people expressed that they innovated with evangelism during the pandemic. And just over 40 percent said that they increased the prioritization of evangelism because of the pandemic.

Several other speakers addressed a range of topics: 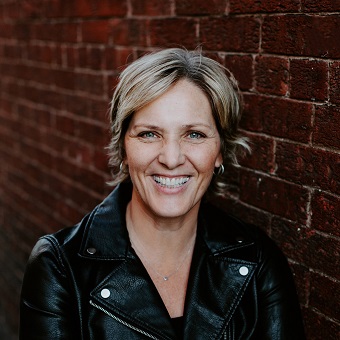 * Danielle Strickland, former Salvation Army pastor spoke (35:55) about the false distinction between evangelism and social justice, about the importance of proclamation and demonstration: “The person of Jesus brings those things together in such beautiful and full way.”

* Patti Miller, pastor in a downtown Montreal condo/highrise (45:45): “We concluded that the only way we could reach the people in the buildings around our church was if we had people living in each of those buildings, living there intentionally, with a heart to pastor their building, and get to know their neighbours through hospitality. . . . The only way I could teach that was if I lived it myself – and I had never done that. I had never tried to intentionally pastor my building because I was too busy pastoring my church.”

* Jon Thompson, lead pastor of Sanctus Church in Toronto spoke (56:23) on the importance of prayer in evangelism: “Here’s the question. What is the role of prayer at this moment in Canada? In this post-Christian, de-Christian, church-closing, global-shifting, vaccination fight mid-Covid, racially-tense election season, where are we in this evangelism-lacking moment?” 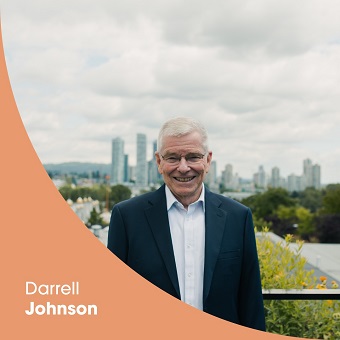 * Darrell Johnson, pastor, theologian and author in Vancouver spoke (1:07:23) on proclamation: “When we read the Book of Acts, the story of evangelism in the first century, we are struck by two great facts. The first great fact: the chief actor of Acts is the Holy Spirit . . . doing his work through the human actors, and also quite apart from human actors. . . . Second great fact: the chief way the Holy Spirit works is through the proclamation of the word.”

Go here for the full Life Shared Summit recording, and here for the Priority and Practice of Evangelism report. 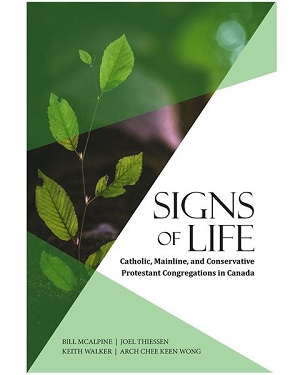 The report quotes from chapter 12 of the book, which is devoted to evangelism:

Following His resurrection, Jesus met with his disciples in Galilee. As we know, Jesus began the well-known great commission passage in Matthew 28:19 with these words: “Go therefore and make disciples of all nations.”

Then, in verse 8 of the opening chapter in Acts, the disciples were informed that “you will be my witnesses in Jerusalem, and in all Judea and Samaria, and to the ends of the earth.”

Catholics, mainline Protestants and conservative Protestants interpret these texts and their implications in varying ways that intersect with several themes in this book. One of those themes is evangelism.

Our purpose in this chapter is not to engage theological debates over what evangelism is or ought to be. Rather, we are interested in how church and denominational leaders define and talk about evangelism, how important evangelism is to those in congregations, the evangelism methods that individuals and congregations utilize, and the perceived strengths and obstacles for evangelism.

We then unveil how many people new to the Christian faith seem to be in the pews, paying ongoing attention to similarities and differences across different social contexts. In our view, this is one of the most critical dimensions of congregational flourishing as we observe various signs of Christian decline in Canadian society.

Crudely put, churches are and will continue to close their doors, in part, because of their inability to meaningfully and in sustained ways engage a shifting and changing Canadian culture and demographic at large (e.g., the growth of ‘religious nones’).

Go here for the full text of chapter 12.

What does Gen Z believe? 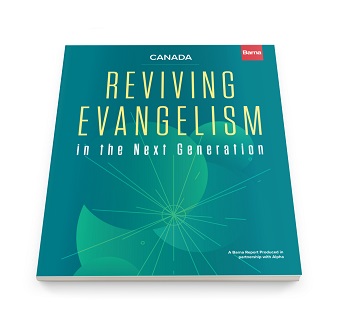 A new study conducted by Barna Research Group on behalf of Alpha Canada revealed some surprising insights about Generation Z’s expectations and desires when it comes to sharing their Christian faith with others or having someone engage them in such conversations.

“Gen Z doesn’t care about polish and pizazz,” the study revealed. “When it comes to faith – or life in general – they’re looking for authenticity.” While church leaders have noted this for some time, Barna’s most recent research on Canadian Gen Z conducted in partnership with Alpha Canada, once again highlights this trend.

Other trends discovered include a desire for judgment-free listening and for evangelistic conversations to happen with a “safe” person – someone with whom there is a trusted relationship. Non-Christians in this age group are not opposed to having such faith conversations – they actually want to engage in discussions that contribute to increased mutual understanding. Even if there is disagreement, they view it as healthy and natural, and it doesn’t lead to relational conflict.

Go here to watch the one hour-plus Reviving Evangelism in the Next Generation video and for access to the written report.

← Having trouble deciding who to vote for? Here are some helpful resources
Creating Conversation: why we need to persist when the conversation gets tough →