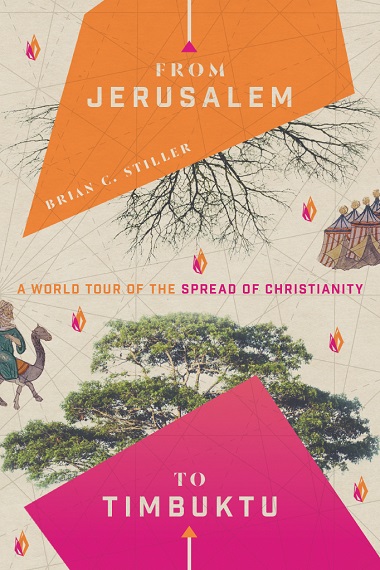 There is a lot of soul-searching about the state of the church these days, which many see through a dark lens. Often the big picture is missed.

Brian Stiller helps to rectify that problem by taking a worldwide approach. In From Jerusalem to Timbuktu: A world tour of the spread of Christianity, he demonstrates that God is still very much at work, in all parts of the world.

As global ambassador for the World Evangelical Alliance, Stiller has travelled to and reported from many nations over the past few years. Before that he led the Evangelical Fellowship of Canada, founded Faith Today magazine and served as president of Tyndale University College and Seminary in Toronto.

Following is an excerpt from his book, which follows a discussion of the impact of secularism in the West.

Even as that secularist current moved its way through our world, another stream was gathering strength. There is an unstoppable tide rising in most regions outside the West.

Africa. The 1910 World Missionary Conference in Edinburgh predicted that by the end of the century, Africa would be Islamic. It hasn’t happened. Within my lifetime, the Christianization of much of Africa would have amazed even David Livingstone.

This continent is sharply divided. A dominant Islamic presence in the north – Egypt, Somalia, Libya, Algeria, Tunisia, Sudan and Morocco – has been joined by the gradual but determined Islamic move below the Sahara. But sub-Saharan Africa now is mostly Christian.

The historic presence of mission work has built a core of Christian churches, and the many educational and medical initiatives have created a bulwark of witness, beyond which a vast indigenization of the faith has taken place.

Asia. When the Kuomintang government fell to Mao Tse-tung and his forces in 1949, there were under a million Christians in China. Through the Cultural Revolution, Christians were not only “reeducated,” but many were also killed.

Today the exploding population of Chinese Christians is estimated to number 100 million or more. “If the growth continues at the rate of 7 percent, Christians could be 32.5 percent of the Chinese population by 2040 and 66.7 percent by 2050.”

Best known in Asia (and symbolic of church growth in the Majority World) is the Yoido Full Gospel Church in Seoul, South Korea. Located near the government’s national assembly building, its large and unassuming campus is home to just under a million members; estimates are that 5 percent of the city attends this church. While its sanctuary seats only 12,000, its many auditoriums seat another 20,000, and multiple services over the weekend provide for its attendees, including a Sunday school of 38,000. This city is thus the home to the largest Pentecostal (and Presbyterian, and Methodist) churches in the world.

In 1960, there were 30 known Christians in Nepal; today, there are more than 1.4 million. Isolated from other cultures, the country did not allow most foreign missions. Then, sometime after 1960, conversions began to multiply, seemingly without strategy or forethought.

One link was Britain’s traditional recruitment of Nepalese Ghurkas to fight in the British army. Enlisted, many serving abroad heard of the gospel and came to faith. Returning to their families and villages, they told about the Jesus they had met. Soon churches flourished.

Another link lay in the relative lack of university training in the country. Most students went elsewhere, where they contacted Christians in the countries of study. After graduating they, too, returned home and, as with the returning soldiers, told their families and friends about Christ. Churches thus began to spring up in this remote country as a result of the remigration of Christianity through these global wanderers.

Latin America. Viewed as the most Christianized continent on earth, the spiritual transformation of Latin America has become a bellwether for Christian witness globally. Roman Catholics arrived with their European masters, forming a religious monopoly that made every effort to prevent Protestants from relocating there. In the twentieth century, however, as the movement of Spirit-empowered ministries circled the globe, Latin American countries felt that same presence.

By mid-century, the Catholic Church in Latin America was in serious decline. So few males were entering the priesthood that most were brought in from abroad. Only 20 percent of its citizens were active participants.

Protestant mission, especially by Pentecostals, resulted not only in rapid Evangelical/Pentecostal increase, but also in Catholic revitalization. Drawing from the Gallup World Poll, Rodney Stark notes that in four of 18 countries, Protestants make up a third of the population, and in eight others, over 20 percent.

The Pentecostal and Charismatic renewal movements triggered within Catholics a remarkable shift in emphasis in worship forms and community address. The gospel message, with its fire and zeal, is capturing the Latin heart.

North America. A recent United States survey triggered headlines that faith is declining: the Boomer generation is being replaced by Millennials, who are less and less interested in church. Such statistics obviously have a political orientation, where the word Evangelical, or even Christian, is often reduced to a demographic or voting description rather than a faith position.

Some read this as “the sky is falling in,” but Ed Stetzer disagrees: “Christianity and the church are not dying, but they are being more clearly defined.” Over seven years (2007–2014), Pew [Researc learned that those who self-identify as Christian dropped from 78 to 70 percent.

The percentage of Roman Catholics moved from 23 to 20 percent, mainline Protestants from 18 to 14 percent, and those declaring they have no religious affiliation from 16 to 21 percent. Evangelicals dipped 1 percent from 26 to 25 percent but added in adult numbers by about five million.

Gallup found actual weekly religious attendance was about the same as in the 1940s.  While those saying they had no religious affiliation grew from 16 to 21 percent, in seven years, as Ed Stetzer notes, “Many of these who have been labeling themselves as Christians are starting to feel free to be honest about their religious affiliation, or lack thereof.”

New York City pastor Tim Keller of Redeemer Church assesses –in a concerted move to provide places and train people for the gospel story – that today some five percent attend a church that has a “high view” of Scripture, up fivefold from one percent a couple of decades ago. He champions a strategy to raise that to 15 percent in a decade.

What is surprising is that 50 percent of Christians in the United States continue to self-identify as Evangelical, with over half attending church weekly. And that number has gone up, not down: in the Gallup poll taken immediately before the time of writing, weekly church attenders were seen to rise from 34 to 35 percent. Millennials continue to constitute 21 percent of the Evangelical world.

In decades of serving leadership in the Christian community, I have never seen such communities of spiritual renewal, social concern and worship as I am seeing today. There is something afoot, both in the land of my birth and in the wider global community.

A country rooted in a Christian heritage – even when that faith has become dormant for too many years – has within it the residual possibilities of renewal and transformation. As each generation takes hold of Christ, and as each of us rises in the morning with the conscious responsibility to immerse ourselves in biblical faith, the Spirit is present, and more than willing, to infuse his people, and by them their society, with a renewed grasp of the truth and life of the risen Lord. 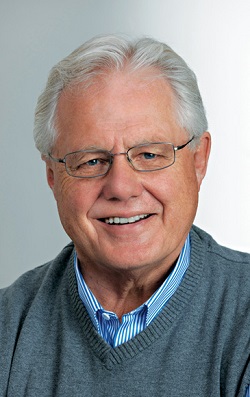 The rumor that God had “died” is being discredited, as “the last four decades have shown religious belief also to be a destroyer of dictatorships, an architect of democracy, a facilitator of peace negotiations and reconciliation initiatives, a promoter of economic development and entrepreneurship, a partisan in the cause of women, a warrior against disease and a defender of human rights.”

(In the book, there are 24 footnotes with this excerpt.)