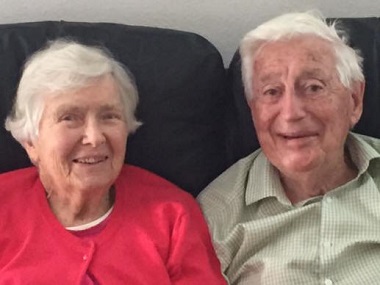 Dave and Ruby Hayward have lived fruitful lives. He worked as a lawyer in BC before they went to India as missionaries. Upon their return they founded Joy Fellowship and are now retired in east Vancouver.

Dave and Ruby Hayward founded Joy Fellowship in Vancouver (which particularly involves people with physical and mental disabilities), but before that they had a role in the amazing growth of the church among the Soura people in India, especially through their Bible translation work.

The Soura are tribal people who live in the remote, hill country of the current state of Odisha in India. In the early 1900s, they were considered to be even lower than “untouchables” in the social context of Odisha. When Souras walked through the streets of the Oriya (another tribal group in Odisha) community, people poured water on the path afterward, as if they were cleaning a road that had become unclean.

In the first part of the 20th century, India became one of the centres of mission activity. Missionaries were motived by their belief that each person was loved by God and that Christ had died for the sins of every individual. Rev. and Mrs. J. A. Glendinning, in 1905, were the first Canadian Baptist missionaries assigned to work among the Souras. 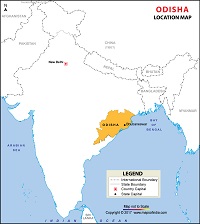 The call to bear witness was difficult and discouraging. Rev. Glendinning summarized the first two decades of mission in the following words: “The Souras had not a shadow of interest in our message.”

Today, there are more Soura Baptist believers than Canadian Baptists! The account belongs in the annals of mission history. So how did such challenging beginnings eventually bear so much fruit?

We can identify some key markers of faith and faithfulness in the history of the Soura Baptist Church. These are just some of the inspiring glimpses of the larger narrative of God’s work in this region.

The building and operation of the Serango Christian Hospital in Odisha was an expression of the missionaries’ faith that every life mattered to God. There were no medical facilities in the hill country to respond to disease, accidents and maternal health care. The hospital opened in 1924 under the direction of missionary Dr. Hinson West.

The Soura people were one of the ethnic groups who received treatment and care at the hospital. The Serango hospital still operates today in two locations. The hospital specializes in cataract surgery and maternal/infant health care. The doctors and nurses are Indian Christians who continue to bear witness to God’s love.

Conversion of a businessman 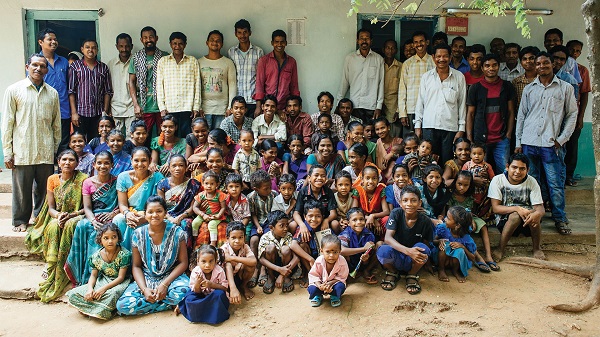 The Soura people have been very receptive to the gospel.

The conversion of Matthew Limma was a turning point. Limma was an Oriya businessman whose wealth was gained by cheating the uneducated Souras out of their crops and money. He came to faith in Christ in a remarkable conversion.

Like the gospel figure of Zacchaeus, Limma felt that his faith required him to make amends to the Souras that he had cheated. He went from relative wealth to poverty by returning money to the families and villages that had been victimized.

He initially faced persecution as he witnessed to his faith among the Souras. But during the 1950s whole villages embraced faith in Christ due to his message and sacrificial love.

Translation of Scripture into Soura 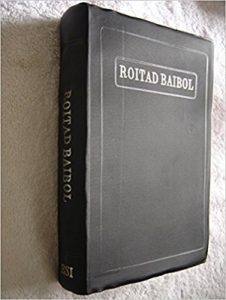 The translation of the Scriptures into the Soura language is a remarkable story of faithfulness involving Canadian and Indian Christians.

The Soura churches longed for the Old Testament. A former lawyer from BC, Dave Hayward, and his wife Ruby, took on this task with a team of Soura collaborators. They worked diligently through health problems, family needs and visa issues.

The complete Soura Bible was published by the Bible Society of India in 1992. About 35,000 Soura believers gathered for the service of dedication for their Bible.

Faithfulness requires investment in a new generation of leaders. Perry Allaby launched a unique program of leadership training among the Souras that continues into the present time in a modified way. Each week, he gathered congregational leaders to study a passage that had been translated, discuss its meaning and prepare sermon outlines. The same passage was preached each Sunday in every Soura Baptist congregation.

The Souras have continued to follow this system. For the past three years, Canadian Baptist Ministries (CBM) has worked with the Souras to provide theological training to thousands of pastors, deacons and evangelists to help them improve their skills in interpreting the Bible, teaching and preaching.

Faith may be tested by opposition and persecution. In the early years of this century, Hindu fundamentalists stirred up hatred against tribal Christians in Odisha, including the Soura. The army watched as houses and shops were burned, women raped and churches destroyed. Many believers were killed and children were left orphans. The members of Soura Baptist churches remained faithful to their Lord.

The legacy of faith 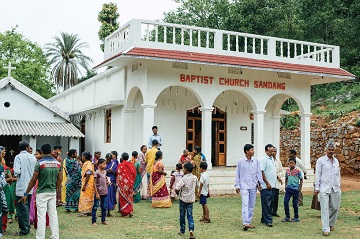 There are now more Soura Baptists than Canadian Baptists.

Faithfulness to the gospel motivated the Souras to participate in the mission of God. In the late 1960s they began sending missionaries to a neighbouring state.

Later, as young people from Soura began leaving their remote villages for better jobs in India’s major cities, the leadership realized the need to plant churches in cities like Mumbai so the faith of their people would continue to be nurtured in the midst of the many temptations and pressures of urban living. Soura Baptist churches are now found in the largest cities of India.

The Souras continue to engage in integral mission, a theological term that has become part of the vocabulary of mission in the recent past. We use it to express our belief that mission involves word and deed. Those early Canadian and Indian Christians grasped the concept without the terminology.

Today, the mission they helped to plant continues. Village health programs offer training and primary care in local communities. Farmers are assisted with sustainable crop production and the care of animals. Literacy programs bring education to girl children and adults. A hostel was built to give Soura girls living in rural villages the opportunity to be educated. Water projects in villages have been completed.

Last year, CBM worked with Soura leaders to provide skills training for widows in craft and furniture making so they can better take care of themselves and their children. Truly, we can see that the mission of God in the world is built on people of faith who are faithful!

This article from Mosaic is reprinted with permission from Canadian Baptist Ministries (CBM).

For an article in Light Magazine about the Haywards’ work with Joy Fellowship go here.