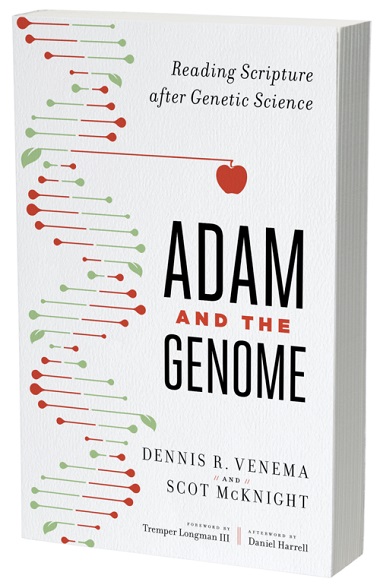 The Human Genome Project contends that the DNA of current humans comes from approximately 1,000 hominins. What does this do to the construct of the ‘historical’ Adam, passed on and used as a foundation in much Christian theology and evangelism?

Venema and McKnight will be drawing from their new book, Adam and the Genome: Reading Scripture After Genetic Science, in which they have combined their expertise to answer to questions pertaining to evolution, genomic science and the historical Adam.

Following is the Introduction to Adam and the Genome: 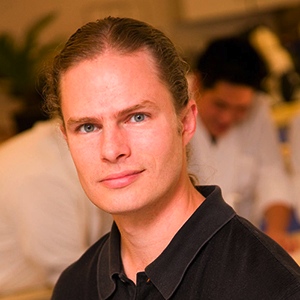 Dennis Venema teaches at Trinity Western University and is active in BioLogos.

Like many evangelicals, I (Dennis) grew up in an environment that was suspicious of science in general, and openly hostile to evolution in particular. Yet I had a deep longing to be a scientist, even as a child.

For a long time, I reconciled my two worlds by rejecting evolution – after all, evolution was “just a theory” pushed by atheists and supported by “evidence” so flimsy that even a child could see through it. Moreover, Jesus was the way, the truth and the life, and “what the Bible said about creation” was good enough for me.

I almost didn’t become a scientist; despite my childhood dreams, I intended to be a medical doctor, I think largely because I could see that role as having a place within Christendom. I was keen to use my mind and skills for the kingdom, and when I was a teenager, medical missions seemed to me the closest fit. I decided to use biology as a way to prepare for medical school, and along the way God rekindled my childhood interest in science.

Looking back, I wonder if my path would have been less circuitous if the church had had a better relationship with science to begin with and “scientist” had been on the unofficial list of acceptable Christian careers. To be sure, “evolutionary biologist” is, at present, certainly not on that list.

Now I’m on the other side of the equation, teaching biology to undergraduates – many of whom, like me, come from an evangelical background. Like me, they’ve heard that evolution is evil and that they have to choose between the Bible and science.

I wonder how many of their friends have already made that choice and aren’t in my class. How many of them, I wonder, might have become the next Francis Collins? And how many of the students that do come to learn biology, upon realizing that the Sunday-school flannel-board theology they learned as kids just isn’t up to the task, will abandon their faith, despite my best efforts to walk them through it with love and pastoral sensitivity?

We as a community need to do better – for the future of the kingdom.

One way for us to do better is to learn – to learn what modern evolutionary biology is really all about, not the caricature that I absorbed simply by being a Christian. With that information on the table, then, it’s time to have a careful look at Scripture, allow it to speak for itself without our cultural baggage, and consider carefully what we teach our young people.

Science has called us back to the text before, and it is doing so again. That is what this book is about, and it is a book I have wanted to write for a long time.

In March 2012, as I pondered these things, I attended a BioLogos meeting in New York where Scot was one of the featured speakers. As he gave his paper, I was startled to hear him mention my name and some of my work on evolution, specifically referencing its implications for Adam and Eve.

I had no idea that a theologian was reading one of my papers – and considering that paper’s dense, technical language, it’s a testament to his tenacity that he got anything out of it at all. Like me, Scot had also been wrestling with these questions from a theological angle, and he was more than willing to add his voice to the conversation. 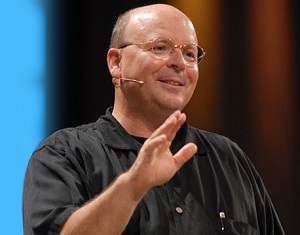 Scot McKnight is the author or editor of more than 50 books and teaches at Northern Seminary in Illinois.

I (Scot) remember that meeting when I met Dennis, but what I remember even more was reading Dennis’s article the first time some months earlier. It took me a good week to read it – so full of charts and information and terms that were not part of my vocabulary and thinking patterns.

Along with Dennis’s exceptional article I read the other articles in the magazine, and I blogged about them – convinced that if Dennis was right about genetics, then I had some work to do. It was time to do exactly what Dennis and so many others were suggesting: take a new look at Adam and Eve in the light of modern genetics.

It is undeniable in my circles that every time someone brings up evolution – no matter how it is framed (old-fashioned Darwinian evolution, radical materialistic evolution, theistic evolution, evolutionary creation or some forms of intelligent design) – the question eventually comes to this: How do I, Scot, believe in Adam and Eve if I embrace some form of evolution?

When Dennis contacted me to ask if I would participate with him in a BioLogos grant project on the genome and Adam, I knew the time was ripe. It was time for me to get after the problem and resolve the intellectual tensions in my head or to hide in the library behind my Bible and just do Bible studies.

Here’s what I did after agreeing to work on this project: I propped up Dennis’s article on the genome and hominins next to my computer and proceeded to rewrite the whole thing in language I could understand. It was hard work for me, but I wanted to understand the science of genetics better so I could appreciate more deeply the conclusion of many geneticists today: the DNA in current humans could not have come from a pool of fewer than approximately 10,000 hominins. . . .

Once I was done with that I sent it off to Dennis, and he informed me that I basically got it right – which was his kind way of saying that I’m a theologian and not a scientist, but that I understood the big picture.

. . . Adam and the Genome, then, is a basic introduction to the science of evolution and genetics and how it impinges on the basic claim of many Christians: that you and I, and the rest of humans for all time, come from two solitary individuals, Adam and Eve.

Genetics makes that claim impossible – as I understand it. But instead of leading me to hide behind the Bible or insult scientists, genetics sent me into the stacks of books in the library to investigate science with freedom and to ask yet again what Genesis 1–3 was all about in its original context and then how Jews and the earliest Christians understood “Adam” when they said that name.

Did they, I will be asking, think the way we did about the so-called “historical” Adam and Eve? Did they somehow escape the “science” of their day to join hands with what we know today and write things that accord with modern science?

Or, which I shall seek to explain in my chapters later in the book, did they think the way ancients thought and offer to their world a brilliant vision of the nature and mission of humans in the world – all captured in that golden expression, the “image of God”?

Did they not counter the ancient world’s views of God and humans with an alternative theology and anthropology that have become, even among many scientists, the widespread belief of the Western world?

Thus, the book has two parts: science and Bible. The second part (chapters 5–8, by Scot) assumes the correctness of the first part and seeks to explain Adam and Eve as they were intended to be understood in the ancient world. The first part (chapters 1–4, by Dennis) offers an accessible introduction to the major topics that have created intellectual tensions in the minds of many Christians.

Some may remember that I ran this excerpt back in February, when Venema and McKnight made a similar presentation at South Langley Church. The event was very worthwhile, but reminded one that Vancouverites, in general, might drive to South Langley if their lives depended on it. Thus the re-posting, in hopes that some of those stay-at-home types will venture as far as Regent College.

← Reformation 500: In the footsteps of Martin Luther, here and in Germany
Around Town: Kendrick Lamar, Bach Festival, Canada on Track . . . →