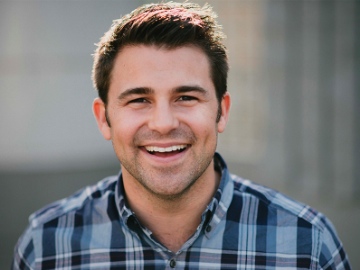 Stephen Mulder is director of ministry development with Alpha Canada.

One of the unique things about Alpha is that it is run in every major denomination. As a result, one privilege of my role with Alpha Canada is that I get quite an objective perspective on all the different ways God is at work through the many diverse expressions of his church.

Over the last year or so I have been directly involved with the Roman Catholic Archdiocese of Vancouver, to dialogue about what evangelism looks like in our current context and how we can, together, effectively engage those who are far from God.

One of the most exciting elements of this partnership has been the opportunity to work alongside the Catholic Independent School board, which is currently piloting the Alpha Youth Film Series in a number of its high schools, with the goal of introducing it as a part of the Grade 9 Religious Education curriculum in the coming year.

(The new Canadian-produced film for students includes 12 interactive sessions that engage students in conversations about life, faith and God; 450,000 teens around the world have gone through it.) 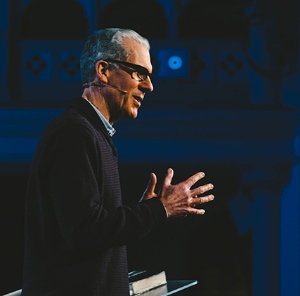 Nicky Gumbel has led Alpha while it has become a household name around the world.

Alpha began more than 30 years ago at Holy Trinity Brompton, a church in central London. It was originally developed as a short course for people in the church to learn about the basics of the Christian faith. When Nicky Gumbel took over running the course in 1990, he found that lots of people outside of the church were coming along too.

So Alpha became a place where people who were far from God or wouldn’t typically attend church could come and ask questions in a safe and welcoming environment. Since then more than 27 million people have gone through the Alpha Course in 169 countries around the world.

This is no different in the Catholic church – Aslan is certainly on the move. As an evangelical Protestant, it has been both a refreshing and rewarding experience to work alongside my Catholic brothers and sisters, to learn from one another, as we pursue the same mission of proclaiming and advancing the gospel of Jesus Christ in Metro Vancouver.

Although the Catholic church is no stranger to Alpha, it seems to me that the church has been approaching evangelism with a new vitality in the last year, with a new openness to learning from the greater body of the church about different approaches to evangelism. 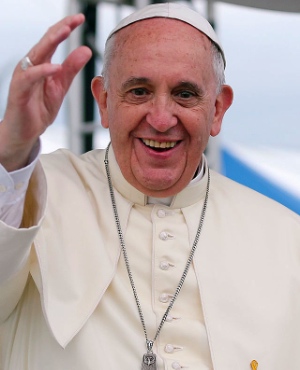 Pope Francis has urged his church to be more attentive to young people.

Inspired by the authenticity of Pope Francis, many Catholics seem to be getting fresh wind in their sails to carry out the vision of the New Evangelization and, in the pope’s words, “to see themselves as missionary disciples in a new missionary going forth, to the ends of the earth to live out the joy of the gospel.”

A renewed vision of the church is certainly exciting, and with it comes a hunger to chart the waters of those who have gone before – to once again herald and proclaim the glorious gospel of Jesus Christ in new and bold ways. As I think about what this could mean I am reminded of Jesus’ prayer for unity in John 17; praying for his disciples, he says: “. . . that they may be one, so that the world may believe.”

In Evangelii Gaudium (The Joy of the Gospel), Pope Francis says:

Young people often fail to find responses to their concerns, needs, problems and hurts in the usual structures. As adults, we find it hard to listen patiently to them, to appreciate their concerns and demands, and to speak to them in a language they can understand. For the same reason, our efforts in the field of education do not produce the results expected. 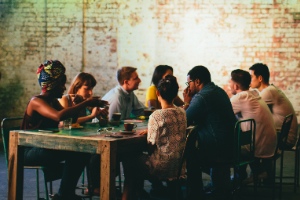 Students at some Catholic schools are working their way through the Alpha Youth Film Series.

As a response, those who have been at the helm of this initiative realize that many youths are moving through school system sacramentalized but not evangelized.

One leading educator in the local Catholic school system puts it this way:

We have come to realize that we want to create space for students to engage the curriculum in a dynamic way, feel safe to ask questions they may sometimes feel like they can’t ask. As a result, we believe that Alpha is the right tool, as it not only teaches them the core elements of Christianity, but also does it in a way that is relatable and fun, and as a result it is giving them a new perspective on faith.

Not only have we been engaging Catholic students at their level through the Alpha Youth Film Series, but I have also been working with the principals and teachers, who are going through Alpha with Nicky Gumbel, an experience which many are loving and finding rewarding.

I am greatly encouraging by what this relationship could lead to, and how in partnership we will join God in his work, to bring the renewal of all things through his church, together in Vancouver.

Stephen Mulder is director of ministry development with Alpha Canada, which has its home office in Richmond. Go here to learn more.

1 comment for “Alpha is developing a partnership with Catholic schools”