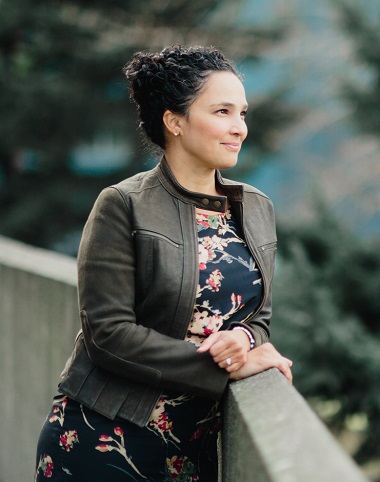 We have just entered the fall season, so we have also entered the Alpha season – dozens of local churches, probably more, are beginning Alpha Courses this month.

The appeal of Alpha endures. Nicky Gumbel seems ageless, and is still at the helm, but younger leaders and updated videos are also important in a movement which now literally covers the world.

Alpha allows people outside of the church to explore the Christian faith, and it now comes in a variety of formats. The Alpha Canada site points out:

There isn’t really an average Alpha. It runs in churches, homes, bars, coffee shops, prisons and schools all around the world. No two Alphas look the same, but they all have three key things in common: food, a talk and open discussion. [Go here for more detail.]

Three signs of the new Alpha season have come my way in the last week or two: an interview with Shaila Visser; a comment by Alastair Sterne and notification about the new Alpha Youth Series.

Karen Stiller, senior editor for Faith Today, interviewed Shaila Visser, national director of Alpha Canada, which is based in Richmond. Following is a brief portion of the interview, which appears in the September/October 2017 issue:

Faith Today: How has evangelism changed in Canada?

Shaila Visser: In evangelism, we need to think of a cultural shift in the Church rather than the next best program. The shift is [to consider more deeply] what does it mean to lead in our communities with love, and extend radical hospitality? To those who are “other” or different or far from God, or maybe one step away from God? In our community, in the workplace, wherever we find ourselves?

The Church, particularly in the West, has seen evangelism as almost like, “If I run this program, they will come and people will come to faith.” [But] the Western Church is waking up to the fact that it’s about the culture.

Does the program, whether you use Alpha or another one, support a culture of love, invitation, hospitality, generosity and a leaning in to allowing the Holy Spirit to be the primary force in the work of bringing people to faith?

All too often in our churches in Canada we celebrate conversion, which is the work of God, but we don’t celebrate the faithfulness of the people of God in inviting – which is their part

FT: Sometimes in the Church we get very concerned about results. It sounds like you are talking more about a journey, and appreciating the journey.

SV: Alpha is absolutely all about creating a culture of invitation to come on a journey. We really trumpet that as the idea behind Alpha. When we think what it means to live life around people with a different faith than us, or no faith, it is a journey. It is very rare [when] someone goes from being an atheist to a Christian overnight. It is a [long] journey.

But we also have to be careful that we don’t use the language of journey to avoid inviting people to consider Christ. Whether it’s Alpha or other evangelism tools or programs, the idea of journey is so important, and the expectation [is] that we are participating with God in [shaping] someone’s understanding of who Christ is.

For the rest of the interview go here. 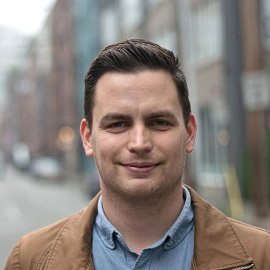 Alastair Sterne, lead pastor of St. Peter’s Fireside in Vancouver’s downtown core, was not an easy convert to the way of Alpha – he was too cool for the program. But he’s been won over, as he describes on the church blog:

When I was a teenager, I was walking past a church when a misplaced banner caught my eye. Perhaps it was the well-meaning duct tape that held it in place that drew my attention. It was that or the poor excuse for a logo: a sketch of a bizarre shaped person who looked like he was having a seizure while carrying an oversized question mark.

Flash forward a few years. I’m somewhere in the middle of Canada, on tour with a band playing “math-rock” in dingy bars. The epitome of a niche market. Meanwhile, in the overloaded van, I’m reading a book a friend gave me called The Purpose Driven Life. Through that book, amidst the musk of six poorly bathed men, I encountered Jesus and nothing has been the same since.

Much to my chagrin, I also discovered that the author is well known for wearing oversized Hawaiian t-shirts. “Did a guy in that t-shirt really lead me to Jesus?” I felt had.

I’ve always been a stickler for design and appearances. My snobbish attitude for all that looks fair and beautiful, hip and cool has served me well at times, but it has also been a subversive tyrant. If it weren’t for grace, it could have kept me from Jesus. But God had other plans. Among many other things, God has made me grateful to be led to him by a man in a gaudy Hawaiian t-shirt. But God is always challenging us, and he wasn’t going to let me escape that bizarrely shaped cartoon person that I had dismissed so scornfully years before.

I was reintroduced to the Alpha course about five years ago. I was meeting with the senior pastor of Coastal Church, Dave Koop, to seek his advice about church planting. Dave told me, “You would be stupid not to run Alpha.” I remember thinking, “Really? That weird cartoon dude carrying a question mark?” I was torn. What next? Start preaching in a Hawaiian t-shirt? (Okay, maybe I’m still not over it).

Fortunately, I trusted Dave so I took his advice and I decided to run it. I’m am so glad that I did. Alpha has never unfolded the way I expect it to. It always surprises me.

We are launching a brand new, totally reimagined, Alpha Youth Series in 2017!

Since the launch of the Alpha Youth Film Series in 2013 it has been used to run Alpha in 49 countries, in 19 languages, in schools, homes, coffee shops and churches – and that’s just the beginning.

Just like the current series it’s designed for 13 – 18 year olds – but now it will be even more global and even more engaging for young people all around the world.

The episodes will feature stories from people all around the globe, from a wide variety different contexts and backgrounds. Visuals, references and stories will all be updated to connect with and inspire a new generation.

And who’s presenting it?

Just like in the current series Ben Woodman and Jason Ballard [both local guys] will be the main presenters, leading the viewer on a journey to explore life, faith and meaning. But this time they will be joined by new young co-hosts presenting different insights and perspectives in the episodes.

The first English episode of the new Alpha Youth Series will be available from October 1.

← Around Town: Walk for Reconciliation, Santa Ono, Light Up the Choirs . . .
Dead Sea Scrolls were found 70 years ago, but keep offering new insights →