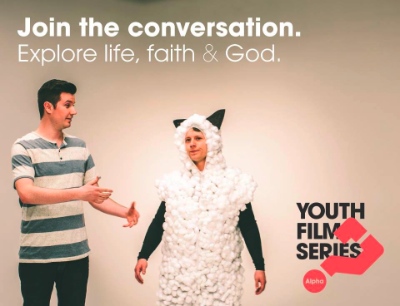 Ben Woodman (left) and Jason Ballard have been friends for years and have had a great time filming and promoting the Alpha Youth Film Series. (Images and text @ Alpha Canada 2006-2014)

Alpha is a worldwide phenomenon, but it is clearly based in England; Nicky Gumbel and the core team have always been associated with Holy Trinity Brompton in London. So how did the Alpha Youth Film Series come to be produced by a couple of young Vancouver men?

Jason Ballard, 25, has been in youth ministry since he was 16 years old at Terry Fox Secondary School in Port Coquitlam. As the leader of a student-led prayer group he used the Quest video series to share the gospel with over 100 of his peers.

Over the last seven years he has spoken to high school students all over Canada. He oversees Youth Alpha in Canada as well as Campusfire Conference, which is devoted to seeing a student-led prayer group for every high school in Canada. He and his wife Rachael live in Langley, with their son Hudson.

Ben Woodman has been a youth pastor for over a decade. He and his wife Melissa started dating while leading alongside each other in 2003 and have been dating each other and mentoring young people ever since.

Ben and Jason met because Ben’s mentor was Bill Ballard (Jason’s dad) and it was Bill who gave Ben his first opportunity to preach while leading at Young Life. Ben became a youth pastor shortly after at Hillside Community Church in Coquitlam and was a youth pastor to Jason and his two older brothers. When Jason took the job overseeing Youth Alpha in Canada he hired Ben, who was then youth church pastor at Cariboo Road Christian Fellowship in Burnaby.

Following is an interview with Jason and Ben, re-posted by permission from the Alpha Canada site, one year after the series first appeared. 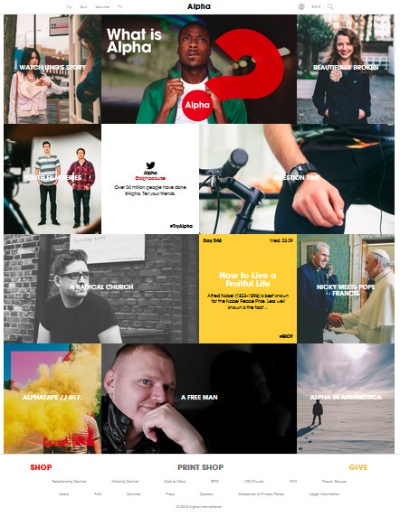 Jason and Ben and their Youth Film Series are on the main page of the international Alpha website.

What sparked your vision for creating the Youth Film Series?

Jason: When I was in high school, I used a video series similar to Alpha called Quest to share Jesus with my friends. Years later, while I was in university, I started leading a ministry to help other teenagers reach out to their friends. Quest was brilliant, but was out of date.

So I knocked on the door of the Alpha office in Canada to see if they would be willing to create a resource for young people wanting to share Jesus with their friends. Working with Alpha was a no-brainer, because they have helped so many churches to create safe places for people to hear the gospel and ask big questions. That conversation was the moment that started the journey!

How is the Alpha Youth Film Series different from the original Alpha Course?

Ben: In one sense, the Youth Film Series is not very different from the Alpha Course that has gone around the world. It is based around a meal, a talk, discussion, and a chance to pray. We based all of our content on the original Alpha and simply repackaged it for youth.

There are three specific ways we made it a bit different for youth: we took it out of a church building, we added loads of creative elements (street interviews, animations, motion graphics etc) and we embedded three breaks for discussion into the videos.

Alpha is about asking life’s biggest questions. How is this idea different for teens?

Ben: Life’s biggest questions don’t seem to care how old someone is. Questions about meaning and purpose, life after death, love and belonging, and what God is like; these are questions that loads of teenagers are asking.

I remember one of my teenage friends saying that she would cry herself to sleep every night because she didn’t know what would happen to her when she died. That was the question that was at the front of her mind; for others, it may be a different one, but we all have questions.

Two of the moments in the series that stand out are when Jason shares about his grandfather passing away and when you share about your parents splitting up. Why was it important for you to share your own stories?

Ben: Talking about my parents splitting up felt a bit vulnerable, but I know that there are loads of teens that have gone through or are going through similar situations and if it can help them reach out to God in those moments it is worth it.

Life is full of pain and struggle and our faith is tested and even strengthened as we go through tough situations. We knew that if we wanted to connect people with what we were teaching, that it had to connect to real life.

Jason: Sharing about how we found God in the midst of our brokenness captures the very core of the Gospel. God came into the brokenness of this world and put his love on display for us. Christianity is not about finding a problem free life. It’s about following Jesus in whatever circumstances we may find ourselves in.

What was the highlight of filming the series? And what has been the greatest adventure since its release?

Jason: When we started dreaming about how we would film the series, one of the ideas we had was to go to Israel for our talk on “Who is Jesus?”. We wanted to help people connect with the fact that Jesus was an actual person who lived in an actual place. To be able to visit Israel, knowing we would get to share the experience on screen, was one of my highlights.

The greatest adventure since the release of the series was definitely earlier this year being able to visit with a number of groups who’d been running Alpha for youth in Ireland. I got to sit at a coffee shop with a Catholic priest and hear about his efforts and heart for students to hear the gospel. As a Protestant, this was a special moment for me. God is building his kingdom and he is using people all over the world to do it. 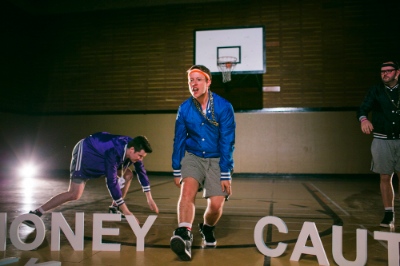 A lot of people don’t know that you two are seven years apart in age, did you notice the age difference while working long hours and travelling to film the series?

Jason: I’m glad you asked about this. Probably because he is so old, Ben can get really sleepy and cranky.

To be honest, it’s a bit disheartening when people think that I am as old as him. People have told me it’s because I speak with such wisdom and experience. That’s probably it.

Thousands of teens have experienced the Youth Film Series in the US and Canada and now thousands more all over the world as well. Why do you think it has been so successful?

Ben: Probably because Jason has an ability to speak with such wisdom and experience. Well, maybe that’s not it.

The response has been so encouraging and was something we only dreamed about when making it. One of the reasons, for sure, would have to be Alpha’s reputation and ministry around the world (some of the most recent statistics show that Alpha has been used in over 160 countries by more than 24 million people!)

The other two things that it highlights for us is, one, young people want to talk about this stuff and they are willing to have these big conversations, and two, there is such a massive need for resources to help the church have these gospel conversations with young people.

How have teens been using the series to reach their friends?

Jason: We’ve been so blown away with how so many youth have been taking their own initiative to run Alpha! We are hearing stories about students using the series to talk about Jesus with their friends. There are some who’ve been running it at their schools over the lunch break (with permission) and others are inviting friends into their living rooms and church basements to eat and chat. We are so thankful that youth are proud to show their friends the series.

I remember as a teenager doing stuff like this with my friends and it was a really scary thing. The students who are doing this are very inspiring.

What is your dream for the Youth Film Series?

Jason: We want to reach the next generation. Our dream is that Alpha can play a part in helping churches share the gospel with the millions of young people, in the US and Canada, and around the world. 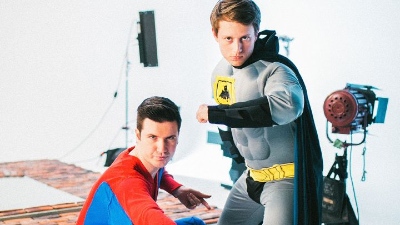 Jason has always wanted to be a cartoon character. Ben too, apparently. (Images and text & Alpha Canada 2006-2014)

Lastly, a lot of people have asked why you always wear the same shirt in the Youth Film Series, can you explain?

Jason: Think about the most influential people in history . . . Homer Simpson, Donald Duck, Batman, Spongebob Squarepants . . . these are all great men, who are almost entirely seen in only one outfit. I’ve always wanted to be a cartoon character. Every cartoon character I can think of only has one outfit. Enough said.

Some key stats for Alpha: