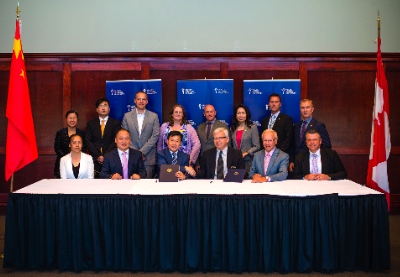 The Cihang Group will work with Trinity Western University’s new Richmond campus on topics such as Chinese traditional culture, history, language and medicine.

Trinity Western University and the Cihang Group signed an agreement July 11 for collaborative program delivery at TWU Richmond. The Cihang Group will work with TWU to deliver community and university courses in areas related to Chinese traditional culture, history, language and medicine.

The Cihang Group will also deliver a transition program for international students to prepare them for studies at either TWU Richmond or TWU’s Langley campus.

TWU Richmond is under construction and is expected to open its doors next spring. The campus will focus on the development of leaders by delivering leadership degree programs at both the undergraduate and graduate levels. TWU is currently offering programs in rented space in Richmond.

Cihang started operations in 1985 in Shijiazhuang, which is the capital of Hebei Province (which surrounds, but does not include, Beijing) and has a population of between 10 and 12 million people. Cihang has a number of business operations including pharmaceuticals, real estate development and Chinese cultural activities, and places a strong emphasis on charitable activities. 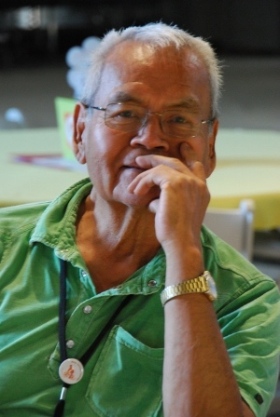 Alvin Dixon was a reconciler despite his residential schools experience.

The life and legacy of Alvin William Dixon will be celebrated at two events this week: a memorial service to be held on Thursday (July 24) at Vancouver Aboriginal Friendship Centre, and a funeral service on Friday (July 25) at St. Andrew’s-Wesley United Church.

Here is part of the write-up from the United Church of Canada, BC Conference site:

Alvin served on Conference staff in Native Ministries for a number of years. Since then he has been involved in numerous church committees and in various kinds of work in our church, including serving on the Conference Executive, the General Council Executive and the national Aboriginal Circle. He was instrumental in getting the churches together to help prepare for and plan the Truth and Reconciliation Vancouver gathering.

Alvin seemed to know just about everybody up and down the BC coast and was a good friend to many. His passing is a great loss to our church, to the work of reconciliation in Canada and to the practice of cultivating deep friendships across barriers. He will be greatly missed. 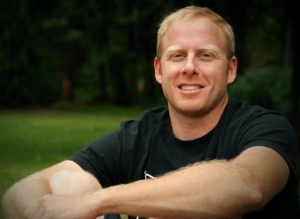 Mark Koop will take on his new role August 1.

Effective August 1, Mark Koop will assume the position of executive director of Greater Vancouver Youth for Christ / Youth Unlimited. Mark is a long time staff member with Youth Unlimited, and has been the area director of North Vancouver for more than 10 years. He has also been on staff as a youth pastor with North Shore Alliance Church.

Eric Ens, who has been filling the position in an interim role for the past two years, since Andy Harrington moved on become chief executive officer at Wellspring. Eric will remain with Youth Unlimited in a senior leadership role.

The mission of Greater Vancouver Youth Unlimited is to provide young people – primarily ages 10 to 24 – “with caring relationships and developmental opportunities for their whole person (mental, physical, social, emotional and spiritual) in the context of the teachings of Jesus Christ.” 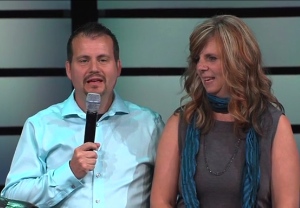 The Christian Life Assembly leadership team announced July 13 at a general meeting of CLA members “that Rev. Derrick Hamre has accepted the invitation and call to become our new senior pastor. Pastor Derrick and Sara-Lee will be completing their ministry call at Emmanuel Church in West Kelowna on August 31, and effective September 2 will be starting at CLA.”

Derrick said: “Today I commit myself to apostolic leadership to take us where we need to go, in Jerusalem, Judea, Samaria and all the world. Today, I commit to you to work hard to bring about what God desires in our midst, and I commit to you that with God’s help, as people of his presence, we will accomplish it. Amen.”

Fred and Micki Fulford stepped in as interim pastors of CLA after Brent Cantelon stepped down as senior pastor earlier this year. 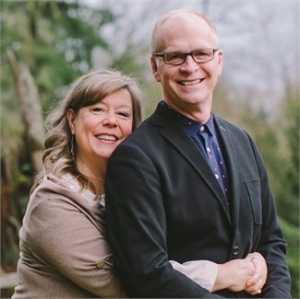 Brent and Carina Cantelon will now work as missionary/evangelists with PAOC Canada.

After 28 years with CLA – 22 of them as senior pastor – Brent and his wife Carina will be working in the role of missionary/evangelists and pastors to leaders, with PAOC International Missions and International Partnerships.

Brent said February 2, “For a number of years Carina and I have felt a stirring in our hearts. It is a sense of calling to a task we were willing to accept and yet uncertain as to how it would come about and when it would be asked of us. This burden is defined by an inescapable passion for evangelism and revival in our beloved Canada, as well as a desire to minister, strengthen and pour into global missions leaders and works.” 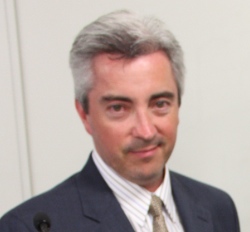 Dr. Peter Meehan has been named principal pro tem of Saint Mark’s College and president of Corpus Christi College for a five-year term. The posting will take effect August 1.

Saint Mark’s, a graduate college, and Corpus Christi, an undergrad college, are both Roman Catholic institutions located on the UBC campus.

Meehan, a historian, has a particular interest in the history of the Basilian Fathers, who founded Saint Mark’s in 1956.

For a fuller report see this story in The B.C. Catholic.

← Best wishes for Gaza and Israel, from St. James Anglican Church
See you in September →