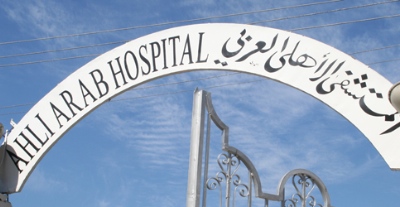 The mission of the Ahli Arab Hospital is “to glorify God and bear witness to His love as manifested i Jesus Christ” – in Gaza.

Anger and polarization are the words that first come to mind as I think about the Israel-Palestine conflict – and much of the media coverage surrounding it. So it was a breath of fresh air to read St. James Anglican Church’s weekly online newsletter (The Thurible) the other day. Three entries reminded me of: 1) the worldwide and ecumenical reach of the gospel; 2) the good works that inevitably accompany the gospel; 3) the importance of personal experience and relationship; 4) the relevance of the gospel in both Palestine and Israel, and in all the world; 5) the necessity of listening to those who know the situation first hand; and 6) the determination of so many Canadian Christians to reach out in peace around the world. 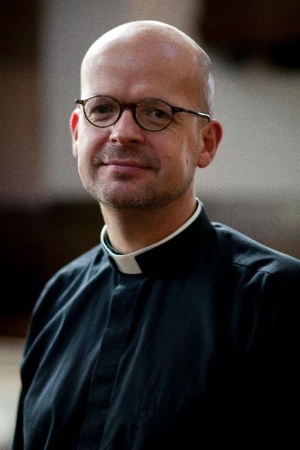 Father Mark Greenaway-Robbins remembers the Ahli Arab Hospital being an “oasis of peace” when he lived in Gaza.

Father Mark Greenaway-Robbins is rector of St. James. He reflected on his time in Gaza more than 20 years ago, and the ongoing work of an Anglican hospital there.

It is one of the oldest continuously inhabited places on earth. With a population over half a million persons, 75 percent are under 25 years of age. It is said to be one of the most densely populated spaces on the planet. And it ranks highly as one of the most troubled places one could live. Perhaps it is ironic that I should write about one of the least desirable places to live in our global village (not what I really believe) from the vantage point of Vancouver – one of the most desirable.

The Gaza City I knew and loved was before the withdrawal of Israeli troops and settlers in 2005, and even the Oslo Accords of 1993.

From the early 1990s my abiding memories are the children, the violence and its medical care. Children were everywhere to be seen and met. To them my colleagues and I were a curiosity as white strangers from England. Loaded with candy we eased our way through the city. Though I sensed tension and an ever-present fear of violence. Tires burned in the street. Mistaken at one point as Israeli, our vehicle was showered with stones. The negotiating skills of our Palestinian driver saved us. 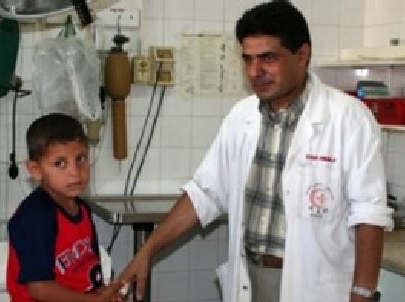 An oasis of peace in well-tended grounds and a place of healing is the Anglican Al Ahli Arab Hospital. Its purpose is starkly evident: “The Ahli Arab mission is to glorify God and bear witness to His love as manifested in the life of Jesus Christ. Ahli Arab Hospital is doing this through the provision of high quality patient centered health care services. . . . The hospital offers to serve all who seek treatment without prejudice to any religious or ethnic community and irrespective of social class, gender and political affiliation. These services are delivered in a spirit of love and service . . .” Read more here.

Imagine its work and ministry during these days of intensified conflict. The Episcopal News Service reported today (July 18): “Staff at the Al-Ahli hospital . . . have maintained around-the-clock care since the beginning of the crisis. They are now calling for help to provide urgent medical services and critical care to those injured, displaced and traumatized in the conflict.” Read more here.

What do we mean by justice in Palestine? 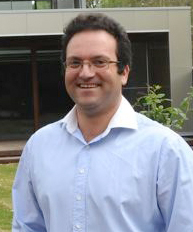 Father Yazid Said was a guest of the Diocese of New Westminster a couple of years ago.

The Thurible also quoted from an article – almost two years old, but still disturbingly relevant – by Father Yazid Said, an Anglican Palestinian priest who was a guest of the Diocese of New Westminster in 2012:

Now, the nagging questions remains: what do we mean by justice here? If we are concerned for a long-term settlement, justice cannot mean a comprehensive victory of one side over the other, for both sides have their share of delusions. . . . both sides need to come to terms with their delusions and accept that neither is going to win over the other in this kind of context.

He continued (though this portion was not in the newsletter):

Gaza needs to maintain the integrity of its civil society, and Israel wants assurances against further attacks.

This of course puts lots of responsibilities on both sides. Israel has to ask what sort of neighbours it wishes to have – stable or unstable? If Israel wants secure borders, it needs to encourage and work actively for the stability and flourishing of its neighbours. Similarly, if Hamas is truly interested in enhancing a good Islamic ethos in Palestine, it could benefit immensely from the teachings of the most celebrated medieval Muslim theologian al-Ghazali who focuses on self-reckoning for the true reform of the self. Hamas could do with – like we are all called to – a collective self-reckoning, muhasabah, as al-Ghazali called it, instead of finding solace with war.

Israeli fear and Hamas’ unstable tactics have simply eroded the rule of law. Only the presence of accepted law by all would provide the guarantee for well-intentioned negotiations and the ability even to exercise one’s religion properly.

Canadian Companions of the Episcopal Diocese of Jerusalem 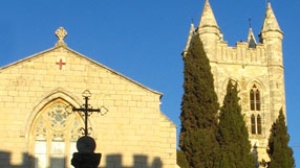 From the Canadian Companions of the Episcopal Diocese of Jerusalem website: The Cathedral Church of St George the Martyr in Jerusalem.

A third entry in The Thurible encourages parishioners to become better connected to the Diocese of Jerusalem:

The Canadian Companions of the Episcopal Diocese of Jerusalem is a new national, voluntary body of  members of the Anglican Church of Canada drawn together in common concern and support for the well-being of the Church in the land of Christ’s birth, death and resurrection. . . .

A new group of volunteers will help advance the historic partnership between the Anglican Church of Canada and the Episcopal Diocese of Jerusalem . . . through prayer, visits and financial support. . . .

Led by Bishop Suheil Dawani, the diocese extends over five countries: Jordan, Palestine, Israel, Syria and Lebanon. It faces many challenges related to the region’s conflicts and the resulting emigration of local Christians.

Yet the diocese runs a range of healthcare and education ministries, including St. Luke’s Hospital in Nablus, Palestine, and the Holy Land Institute for the Deaf in Salt, Jordan. It also provides ministries for women and young people as well as programs for interfaith collaboration.

According to their new terms of reference, the Canadian Companions will, among other work, foster knowledge of the diocese’s mission; establish October 23 as a day for prayer, action and donations; and provide information for Canadians travelling to Israel.

Blessings on parish of St. James, which is based in the Downtown Eastside; may there be much fruit from their prayers and efforts. And from those of the faithful Anglicans who continue to live under difficult circumstances in the Holy Land and surrounding nations, especially those who bring medical solace to victims of war.