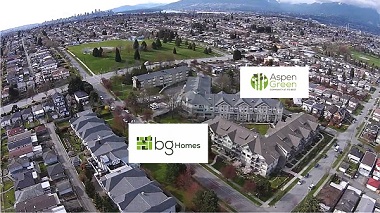 Aspen Green is one of five residences that are part of BG Homes, just east of Rupert on both sides of 5th Avenue.

The day of the ribbon cutting was overcast and chilly. People were holding cups of coffee, milling about the entryway. Architects, donors and residents were here to celebrate something remarkable.

In a town where rents and home prices have immobilized retiring homeowners and pushed out fixed income renters, Aspen Green Living offers an alternative: lifetime leases where you get your money back when you leave.

“When I saw that sign, ‘From $299,000,’ in Vancouver, I thought you missed a zero,” said Jenny Kwan, MP for Vancouver East, to the crowd. That low number is possible because of the investment that a small group of people made in 1947. 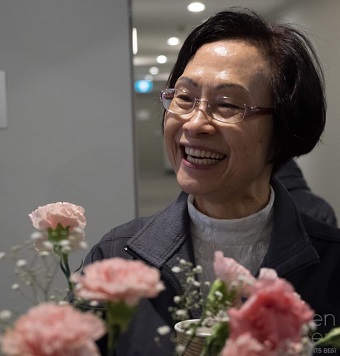 Residents were given carnations as an homage to the original carnation sale of 1947 that raised enough money to purchase the land.

“It was an embryonic group,” says Aspen Green board president Bud Phillips, of the early founders.

Seventy-one years ago a group of Christians were concerned about housing prices for seniors. So they held a Mother’s Day carnation sale, raised $500 and bought a whole city block.

“They had vision, but they didn’t know what to do with it yet.”

That was the start of Beulah Garden Homes Society’s campus of care in East Vancouver. BG Homes, as it is often called these days, now has five seniors’ residences with a mixture of independent and assisted living. 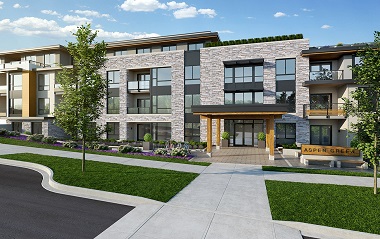 Life leases are relatively rare in Canada. Here’s how it works at Aspen Green: Residents pay 29 years-worth of a lease in a lump sum. But when they pass away or move out, Beulah “buys” their suite back from them, minus a slight refurbishing fee. It’s kind of like a long-term savings account: the investment doesn’t grow, but it’s guaranteed safe. And more importantly, residents don’t pay rent, just a management fee similar to a strata fee.

No one really makes a profit in the life lease model, which is probably why it’s so rare and why it takes such a remarkable organization to do it. With no profit expected, and because residents get their lump sum returned to them, this kind of business plan doesn’t qualify for loans.

Because Beulah already had four other seniors’ residences right across the street, they were able to subsidize the life lease building as part of their whole campus of care. Residents also benefit from being surrounded by a supportive community right away.

“There is lots of other non-market housing, but they don’t offer the support we can,” Phillips says. 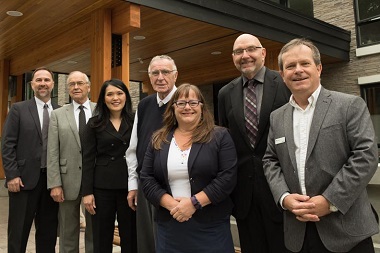 The City of Vancouver, while not a financial partner, and while they still put Aspen Green through all the regular development hoops, is thrilled with the outcome.

“Thank you for being the kind of partnership we can say yes to,” Councillor Heather Deal said to the crowd of celebrators.

“When we introduced Vancouver’s housing policy, we knew we’d need great partners like you. The quality, community and care in this project made it easy to raise our hands and say yes to.”

Aspen Green is the result of a deliberate effort to make affordable, safe, connecting housing for seniors. It’s also a direct outcome of faith.

“We owe a great deal of our identity to our background as Baptists. There are many expressions of faith, and for us it’s a rich and important part of who we are.”

BG Homes is a not-for-profit organization, affiliated with the Canadian Baptists of Western Canada. The other residences are: The Cedars, Beechwood, Charles Bentall and Rupert Residences.

Aspen Green has four floors, a rooftop garden with beautiful views and 54 suites located at 4th Avenue and Rupert Street in East Vancouver.

“We’re not done yet,” McDonald told those assembled, reverberating the future-focused mindset of the Beulah founders, 71 years ago.