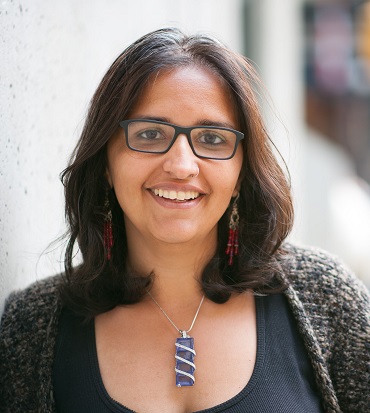 Harsha Walia, executive director of the BC Civil Liberties Association, points out that gathering for religious services is constitutionally protected.

Following is their open letter, which is described on the BCCLA site.

Before addressing those concerns, we wish to note that, in general, we have appreciated the approach that B.C. has taken as compared to some other provincial jurisdictions that have chosen to take a punitive approach to the pandemic, stressing stringent enforcement and ticketing measures. By contrast, B.C. has consistently prioritized education and aimed for clear and consistent messaging around restrictions.

In our view, this approach not only furthers important public health objectives, but acknowledges the significant implications that restrictions have on constitutionally protected rights and the disproportionate impact of enforcement measures on marginalized communities.

As a result, we were concerned to see the most recent provincial order which, in our view, deviates from this approach by imposing a restriction on religious freedom that is both disproportionate and unnecessary.

As you know, the current Provincial Health Officer order imposes restrictions across the province on certain “social gatherings and events.” Religious in-person gatherings and worship services have been suspended under the order and only drive-in, virtual or remote religious services are permitted.

This stands in contrast to the rules that are in place for a variety of other venues, including schools and workplaces, restaurants, pubs and bars, and retail establishments.

While it appears that perhaps the orders attempt to distinguish between social activities and commercial activities (limiting the former more significantly than the latter), in our view a religious service does not fit easily into either of these categories. Moreover, an attempt to define which venues are “essential” necessarily involves highly subjective value judgments.

In any event, we are writing about an activity that is constitutionally protected. Individuals engage in in-person worship services for a variety of reasons, but to compare these services to a night at the movies or theatre does a disservice to this constitutional right.

For many, worshipping as part of a community is essential to their mental and spiritual health and well-being. Although some may be able to achieve the same sense of community from a virtual service, this may not be feasible from some individuals, particularly the elderly, those who are low-income, recent immigrants and refugees, or those who may have limited access to the internet.

Importantly, the provincial order recognizes that certain in-person gatherings may continue, including meetings of Alcoholics and Narcotics Anonymous. This presumably reflects the fact that these gatherings perform a vital function for those in attendance. We would argue this rationale applies equally to in-person worship, particularly during times of the year with heightened religious significance, and when other restrictions in place mean that many will not be able to rely on time with friends and family for support.

While restrictions across the country vary (and change regularly), many provinces continue to allow some in-person religious services to take place, including Alberta, Saskatchewan and Ontario.

Moreover, freedom of religion is a constitutionally protected right, under section 2(a) of the Charter, such that restrictions placed upon its exercise must be reasonable and demonstrably justified. On its face, the current B.C. order does not appear to meet these criteria.

We strongly encourage you to reconsider the current order and allow in-person worship to take place in accordance with appropriate safeguards. Alternatively, we would welcome a response from your offices explaining the rationale for the restrictions.

The BCCLA has been actively advancing human rights and civil liberties through litigation, law reform, community-based legal advocacy, and public engagement and education since 1962.

The CCLA is an independent, non-profit organization with supporters from British Columbia and across the country. Founded in 1964, the CCLA is a national human rights organization committed to defending the rights, dignity, safety and freedoms of all people in Canada.

The BCCLA and CCLA are separate organizations