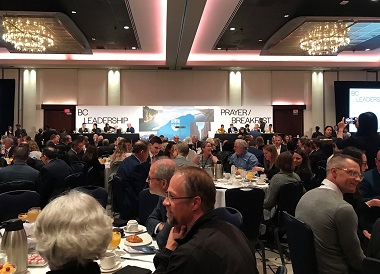 You remember why you don’t like going to church, right? The uncomfortable clothes. The excessively early alarm on a day when you could’ve slept in. The feigned niceness. Remember all that?

Well, as a professional pastor, I can tell you one more reason not to go to church: when we don’t tell the truth. All the other distractions and disappointments can be tolerated, I think, if what you hear is worth hearing – the truth told and sung beautifully. Failing that . . .

You might not believe me if I told you that once a year BC’s Christian and political and business leaders gather for prayer. The unbelievable part is ‘Christian.’ BC is justly proud of its multiculturalism, and candidates of all kinds don’t mind being spotted and photographed at gurdwaras and temples. But at a church? Nah.

Not to worry. This event is held in a hotel ballroom. It’s not an evangelistic event – no one is encouraged to change their life. It’s really a nonpartisan political rally. The premier and the leader of the opposition say nice things about one another. We congratulate ourselves on the glories of where we live. We pray an anemic, anodyne prayer. And we’re done by 9. What’s not to like?

At the most recent shindig (June 10), BC legend Jimmy Pattison was interviewed about his life and business career. This was much more interesting than the political frumpery and the standing for the head table rigmarole. 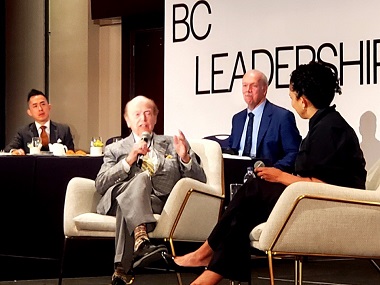 Jim Pattison was interviewed for the prayer breakfast, with Premier John Horgan looking on. (Salvation Army BC Division Facebook)

He grew up in a $2/month one-room house in Saskatchewan. His father was converted at Pentecostal service he ducked into to escape the cold. He learned sales helping his father’s ‘de-mothing’ business: removing moths from the felt around the hammers of piano keys. Why does he walk so fast, even north of 90 years old now? Because he owes so much to the banks. They might be after him.

All this is Pattison’s standard speaker fare, dished up well for more than half a century. The danger of untruth is not his fault. It’s the implication that if you work hard, tell the truth, pray and read the Bible daily, you too could be a billionaire.

We want that to be true – the meritocracy is central to western mythology of progress and capitalism. But we all know it isn’t. There are no more $2/month houses for rent. Try a cool $2,000 for the same space – if you can find it.

BC’s economy is such now that those with wealth tend to keep it, those locked out of the housing market are out of luck. The pandemic accelerated this wealth disparity and no one knows how to repair it. I believe God raised Israel from Egypt and Jesus from the dead, but even I don’t believe there are solutions to this problem that bedevils British Columbia.

The prayer breakfast is confusing in another way: BC has never really been a Christian place. The Maritimes were, central Canada was, the prairies were, but people came to BC first to take wealth away: gold out of the ground, fish out of the river, trees out of the forest. Until real estate went nuclear those were BC’s only sources of wealth, all extractive.

You didn’t have to provide religious bona fides to do well in those fields. You did, apparently, want to come back to Vancouver and spend your money – mostly on drink and women, hence our DTES’s social problems, which are even older than the city.

Later there arose hardy downtown churches in our core, grand Jewish institutions along Granville and elsewhere, but membership in these were never assumed to be a prerequisite to ‘success.’

Our pioneers just didn’t come here for faith, unlike most other places in North America. They came for money, and services that did well helped them to spend it quickly. That flashy sports car you see zipping in and out of traffic sporting the ‘N’ magnet has a history.

Don’t get me wrong, churches came along too, and pressed for the same churchy things we did elsewhere a century and a half ago: temperance, anti-prostitution laws, education and other checks against what we now call ‘toxic masculinity.’

We rightly focus so much on the harms of residential schools now we miss that most of faith was about the same old boring stuff: converting people to Jesus, loving the neighbour, leaching some of the toxins that make the world meaner.

We just didn’t ever have the impact here that the church did elsewhere. Visit one of the ecclesial palaces in Toronto or Montreal to see what I mean.

So the prayer breakfast commemorates a sort of past that was never really present. For all that it does some good. We pastors don’t usually get to take selfies with the premier. Some speakers show the extraordinary good they’re doing in the world, as when UBC President Santa Ono spoke with vulnerability a few years back about his struggles with mental illness as an undergraduate, or even Pattison’s capitalistic rally.

Last week Premier Horgan thanked us, sincerely, for the prayers for his health. And in other places in North America the prayer breakfast has morphed into a partisan rally, which hasn’t happened here. Those are good things.

The problem here is more subtle: the implication that this is somehow a Christian province. It not only isn’t, it never was. And that’s a good thing. Christians here are learning from our Jewish forebears: we’re going to have to be an insurgency for good, not an institutional mandator of . . . anything. Arguably, Jesus’ first followers would welcome us back into their good company. 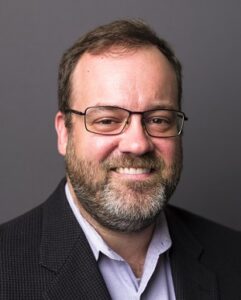 Jason Byassee is a full professor and the inaugural holder of the Butler Chair in Homiletics and Biblical Hermeneutics at the Vancouver School of Theology in British Columbia.

His primary vocation is to reinvigorate today’s church with the best of ancient and contemporary wisdom for creatively faithful living.

He is the author or editor of 18 books, including, most recently, Northern Lights: Resurrecting Church in the North of England and, with Ross Lockhart, Better than Brunch: Missional Churches in Cascadia.

His work has appeared in Christianity Today, Theology Today, Books & Culture, Sojourners and First Things. He is editor of the projected nine-volume Pastoring for Lifeseries with Baker Academic.

1 comment for “BC Leadership Prayer Breakfast: what does it mean in our province?”