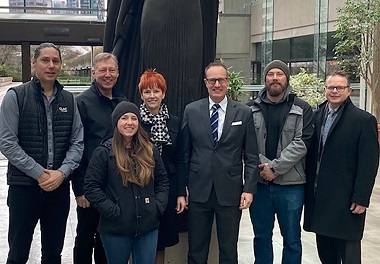 The BC Supreme Court said February 3 that it would not take on a case being presented by a coalition which includes a labour union based on Christian principles.

The BC Supreme Court has taken a pass on hearing a legal challenge of the NDP government’s deal with unions for building publicly-funded infrastructure.

It requires workers on the publicly-funded Pattullo Bridge replacement to become members of affiliated trade unions.

Opponents claim CBAs violate workers’ constitutional rights. But on Monday, a judge ruled that the dispute does not belong in court, and instead should be arbitrated by the province’s Labour Relations Board.

Go here for the full report:

An article by CLAC staff posted February 3 stated the union’s case, anticipating that it would go ahead:

The NDP government’s labour framework, devised for the sole purpose of benefitting the Building Trades Unions (BTU), violates the rights of 85 percent of BC’s construction workforce and should be declared unconstitutional, according to a coalition of British Columbia’s largest construction associations and progressive unions.

Today the BC Supreme Court began hearing the coalition’s case to have the government’s labour deal struck down.

“The provincial government seems to have no problem violating workers’ basic rights, including freedom of association,” says Ryan Bruce, CLAC BC manager of government relations. CLAC represents over 14,000 workers in BC, who will be forced to change their union membership to work on certain public infrastructure projects. “No government should be allowed to dictate which union workers should belong to.”

To build certain public projects, non-BTU workers must put their pensions and benefits on hold and pay dues to the BTU, who constitute just 15 percent of the province’s construction workforce. 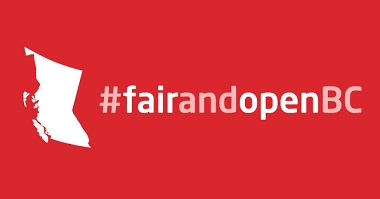 A February 3 article in the Journal of Commerce (“Western Canada’s most up-to-date, relevant source of construction industry information”) described the situation like this:

Under the BC government’s CBA framework, government infrastructure projects such as the replacement of the Pattullo Bridge and work on the planned Broadway SkyTrain Extension would go through the BC Infrastructure Benefits Inc. crown corporation using only union workers. The coalition would like to see the union requirement removed from both current and future government projects.

“What happened today is the BC Supreme Court has, for the second time, told the Christian Labour Association, the Independent Contractors and Businesses Association and others that their criticisms of CBAs do not rise to the level of issues heard by the Court,” Mercier said.

Paul de Jong, president of the PCA, said the coalition will appeal the BC Supreme Court decision. 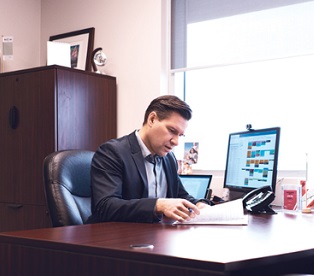 CLAC’s full name is the Christian Labour Association of Canada. It was founded on Christian principles. CLAC executive director reflected on the organization when interviewed for a blog post on the site of The King’s University, a Christian institution in Edmonton from which he graduated:

Wayne says that CLAC is rooted in core principles of the Christian faith, “It’s a union based on the belief that we are all created equal, that there’s inherent value and dignity in every person and, therefore, every worker.

Also that there’s value in the labour of our hands because through our work we engage the gifts and abilities that we’ve been given. These principles remain central to the organization today.”

The CLAC site offers this assessment of ‘Our Heritage’:

In the early 1950s, the Canadian labour scene was chaotic. Strikes, lockouts, violence, and the politics of fear dominated the headlines of the day. CLAC’s founders knew there was a better way.

Groups of like-minded workers gathered to discuss and debate what could be done. Their discussions led to one conclusion: it was time to form an alternative union.

CLAC (Christian Labour Association of Canada) was officially established on February 20, 1952. Founded on the European model of Christian unions, the new union sought to apply principles of social justice to labour relations and the workplace.

From the outset, CLAC’s early years were marked by a struggle for survival. The existing union establishment sought to destroy CLAC at every turn. Labour boards discriminated against the new union and refused to certify it until ordered to do so by the Ontario Supreme Court in 1963.

Following certification, CLAC began to grow. So did opposition. Every conceivable means was brought to bear against CLAC and its members – from illegal walkouts and picket lines, to false accusations and frivolous complaints, to intimidation tactics and threats, to acts of violence.

CLAC representatives were followed and harassed. CLAC-organized contractors experienced sabotage—a contractor’s crane was dynamited, and another firm saw its job-site building go up in flames. . . .

CLAC’s membership grew slowly but steadily following the Ontario Supreme Court’s decision in 1963. By the start of the 1970s, a handful of full-time representatives were employed in Ontario and BC.

Legal charges, appeals, and interventions were filed by other unions before labour boards and courts whenever possible challenging CLAC’s status. CLAC’s ability to represent workers in the construction industry was hampered by non-affiliation clauses and agreements restricting work to members of other unions.

CLAC describes itself as “the largest national, independent, multisector labour union in Canada and one of the country’s fastest-growing unions. We represent over 60,000 workers in just about every type of workplace, operating as both a union and a confederation of local unions.”

← Conversion Therapy: is it either?
Around Town: Urban Shalom, Overdose, Jesus Cristobal-Esteban . . . →