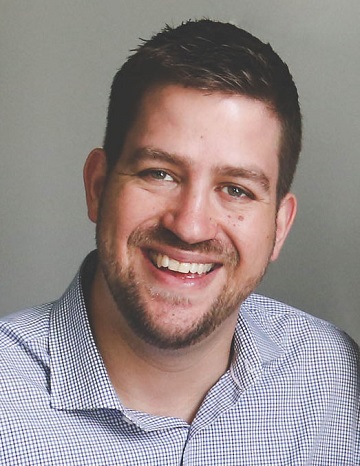 Brian Harskamp attended an independent school in Surrey and now hopes to send his children to one in Hamilton.

Brian Harskamp wrote this comment July 4, pointing out some misconceptions in a recent column by CBC Radio (On the Coast) host Stephen Quinn.

My name is Brian Harskamp and I am one of the kids who benefited from the annual $358 million “subsidy” for private schools you mentioned in your recent Globe and Mail column “Vancouver public schools face closure, yet we fund private school education.”

I thought I would tell you a little bit about myself. I come from Surrey, not West Vancouver or downtown for that matter. My parents, small business owners, saved to pay tuition and were often asked to give a little more where they could for maintenance or a new wing. No one drives a Mercedes in our neighbourhood, and in fact, there were a lot of used cars in the school parking lot.

I noticed your column missed a few things. Today my school has 880 local full-time students with an additional 70 to 80 international students and 90 to 100 preschool students. The tuition per family is $6,480. Given that the average family in our school has 1.6 kids, that means the average per student cost is $4,050.00 for the year. This is hardly the ivy walled elitism you suggest goes hand in hand with private education.

As the CBC – the organization for which you work – reported earlier this year, public schools in Surrey are bursting. Might it not be the case that the government paying families less than half of what it costs per student in public schools is, in fact, a really good idea in Surrey? This looks like a win for all. Public schools have more money and my parents were allowed to send me to a school of their choice.

Here is the other thing you don’t mention. After controlling for income and other socio-economic factors it turns out that these independent (you say “private”) schools give kids a very strong education.

Most recent Cardus Education Survey data shows that these kids, when compared to the publicly funded schools as a benchmark, not only produce strong academic scores, but are more actively involved in the community. In fact, these schools cultivate just the type of citizens we would like to see in such a diverse place as Surrey and, I imagine, Canada.

One final thing. Are you sure that a little bit of competition to a large education monopoly might not just make everyone perform a little better? Surely the 12 percent who attend independent schools can provide a bit of healthy competition for the 88 percent of those who do not? Surely there’s room – as other countries in Europe indicate – for public and private schools to thrive together with the shared goal of forming individuals who live for the common good?

My wife and I now live in Ontario. We are a regular working Hamilton family. We have two children and hope to send them to independent school, something for which we’ve already started to save. In Ontario, we have what you want for BC: independent schools are not subsidized. But this “utopian” ideal you set up for BC has proven (like most utopias) to be largely illusory. BC scores are consistently higher.

Before we write off “private” schools as elitist silos of privilege, it bears reminding that private schools have a proven track record of being a public good. So rather than pushing for an environment in which smaller, independent schools are left to fend for themselves, we might be better off imagining how in our increasingly complex and diverse society, we find ways to best encourage the growth of local educational institutions that meet community needs and serve the larger society.

Brian Harskamp is senior director, philanthropy and finance at Cardus, “a think tank dedicated to the renewal of North American social architecture.” This comment is re-posted with his permission.

Editorial note (ie, from Flyn Ritchie, not Brian Harskamp): A couple of related questions and thoughts to keep in mind:

1. It appears that CBC in general isn’t too happy with independent (or private, as they call them) schools.

One interview by Rick Cluff on the Early Edition did offer Deani Van Pelt of the Fraser Institute the opportunity to discuss a study (co-authored by her, published June 29) on ‘A Diverse Landscape: Independent Schools in Canada.’ She was clearly in favour of independent schools.

However, the CBC write-up on that interview allowed almost as much space for a critique by retired education professor and long-time opponent of private schools Charles Ungerleider, who had not been interviewed (nor did Van Pelt have a chance to respond to him).

When you key in ‘private schools’ on the CBC website, you will find headlines like ‘Should taxpayers fund private schools?’ (on The Current; interviewee Jim Iker, head of the BCTF, unsurprisingly, argued a decided no) and ‘Why are taxpayers subsidizing private school tuition? (on The 180).

2. The Federation of Independent School Associations in BC (FISA) – which describes itself as “the voice for independent schools in BC” – seems to be keeping a very low profile. It would be nice to hear a little more from executive director Peter Froese on CBC, and elsewhere.

3. The issue is broader than just local independent schools, or Metro Vancouver. The most recent update from the Evangelical Fellowship of Canada (EFC) included this piece:

A June 29 news article at CBC.ca initially described Trinity Western University and its proposed law school as “fundamentalist.” As the EFC prepared a letter of complaint, the CBC revised the word to “evangelical” instead. The EFC sent a letter to CBC to highlight the seriousness of the error and to express appreciation for the self-correction.

To describe a religious group using a term that they self-consciously reject is sloppy and inaccurate. The public meaning of fundamentalist has evolved since the early twentieth century and typically refers to those who employ violence to impose their religious beliefs. To label Trinity Western or any Canadian Evangelicals as fundamentalist, knowing this public meaning, marginalizes and demeans them, and engenders fear and contempt of Evangelicals in their fellow Canadians.

4. I am not suggesting that all Christians ought to take the same point of view on the issue of funding independent schools. Some will believe that all of us should participate in the public system. Others will argue for a flourishing independent system. All, I hope, would agree that the public system should remain strong. Nor am I after the CBC – which I listen to every day. However, our publicly-funded broadcaster must live up to certain standards of fairness if it wants to be seen as an even-handed media presence.