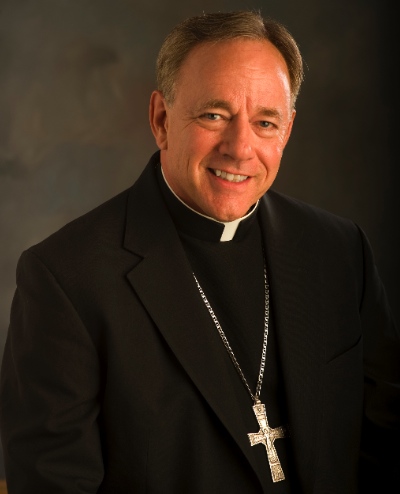 Archbishop Michael Miller of the Roman Catholic Archdiocese of Vancouver made this statement about the Liberals’ assisted suicide bill April 14:

Unfortunately, the “medical assistance in dying” legislation introduced in Parliament today sets Canada on the tragic course of offering death as the solution to pain and suffering.

Bill C-14 is problematic on many levels: ambiguous as to who qualifies for assisted suicide, lacking in conscience protection for institutions, and devoid of concrete financial support for palliative care alternatives to euthanasia and assisted suicide.

I am struck by the bleak dissimilarity between this proposed legislation and the papal document Pope Francis released last week, in which he called assisted suicide and euthanasia “serious threats to families worldwide.”

Pope Francis draws attention to the vulnerability and dependence of the elderly, which can lead to exploitation and abuse. Bill C-14 gives us cause to be greatly concerned for the vulnerable in our country.  The draft legislation appears to make assisted suicide available to anyone whose death is deemed “reasonably foreseeable.” But whose death is not reasonably foreseeable? This level of ambiguity in a law that aims to regulate life and death is not only inexplicable, but also very dangerous.

It is also disappointing that the government has failed to deliver on its promise to provide funding for more home care and palliative care. The common good is not well served when Canadians are ready to deliver to sick and suffering individuals the option of a lethal injection, without offering them alternatives that demonstrate compassionate care and respect for the sanctity of life.

I recognize that our legislators face a difficult and agonizing task in attempting to draft legislation in conformity with the direction of the Supreme Court of Canada. They have the assurance of my prayers as they engage in this challenging endeavour over the coming weeks and months.

The Canadian Conference of Catholic Bishops also made a powerful statement on the same day:

The teaching of the Catholic Church and the stance of the Catholic Bishops of Canada affirm the sacredness and dignity of human life. Suicide and euthanasia are contrary to the most profound natural inclination of each human being to live and preserve life. Furthermore, they contradict the fundamental responsibility that human beings have to protect one another and to enhance the quality of health and social care which every human life deserves, from conception to natural death.

Bill C-14, no matter how it may be amended, is an affront to human dignity, an erosion of human solidarity, and a danger to all vulnerable persons – particularly the aged, disabled, infirm and sick who so often find themselves isolated and marginalized. Moreover, it is a violation of the sacrosanct duty of healthcare providers to heal, and the responsibility of legislators and citizens to assure and provide protection for all, especially those persons most at risk.

For the full statement go here. 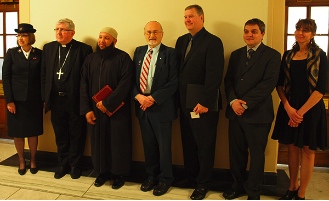 Speaking at a April 19 news conference were Christian, Jewish and Muslim leaders. Second from left is His Eminence Thomas Cardinal Collins, Roman Catholic Archbishop of Toronto, representing the CCCB, and fifth from the left is Bruce Clemenger, president of The Evangelical Fellowship of Canada.

At a news conference on Parliament Hill April 19, representatives of the Canadian Conference of Catholic Bishops (CCCB), the Evangelical Fellowship of Canada, the Canadian Council of Imams, the Salvation Army and Jewish communities expressed their opposition to euthanasia and assisted suicide, and their concerns regarding proposed legislation on “physician-assisted dying”:

We stand together today, leaders within our respective faith communities – Jewish, Muslim and Christian – to express our grave concern over the decriminalization of assisted suicide and euthanasia. We believe that any action intended to end human life is morally and ethically wrong.

Our churches, synagogues and mosques are committed to comfort and care for those who are dying and their families. Together, with our diverse communities of faith, we are determined to work to alleviate human suffering in every form but never by intentionally eliminating those who suffer.

For the full release go here, and to see the 30 minute press conference video go here.