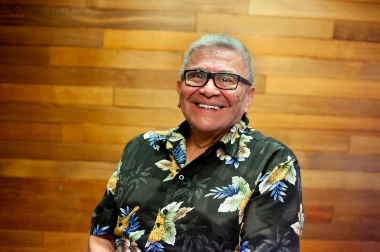 Chief Dr. Robert Joseph is the Ambassador for Reconciliation Canada, based on the North Shore. He will be a featured speaker at ‘Journey of Reconciliation: Listening to Indigenous Elders,’ hosted by Columbia Bible College April 9.

Leaders of all branches of the church are committed to following up on the Truth and Reconciliation Commission (TRC). There are several signs of hope, and a number of ways that Vancouverites can continue to educate themselves and participate in the reconciliation process.

The Canadian Council of Churches and the Evangelical Fellowship of Canada each issued statements recently indicating their commitment to accepting the TRC’s call to comply with the UN Declaration on the Rights of Indigenous People.
The Canadian Council of Churches
. . . acknowledges the March 31st deadline for response to the Truth and Reconciliation Commission of Canada’s Call to Action #48 – namely, that

“. . . church parties to the Settlement Agreement, and all other faith groups and interfaith social justice groups in Canada who have not already done so . . . formally adopt and comply with the principles, norms and standards of the United Nations Declaration on the Rights of Indigenous Peoples as a framework for reconciliation.”

The Evangelical Fellowship of Canada agreed, stating March 29:
Re-energized by the work of the TRC, we are committed to a process of learning and collaboration with our affiliates and Indigenous leaders within our affiliate denominations, churches and organizations. We will be exploring what it means for us as a broad evangelical community to embrace and enact the principles outlined in the UN Declaration as a framework for reconciliation.
The Canadian Conference of Catholic Bishops stated (also March 29):
The Catholic response to Call to Action 48 concludes with an “appeal to all our Catholic brothers and sisters – laity, members of institutes of consecrated life and of societies of apostolic life, deacons, priests and Bishops” – to make . . . commitments in order to “continue to walk together with Indigenous Peoples in building a more just society where their gifts and those of all people are nurtured and honoured.”
‘A couple of steps’ 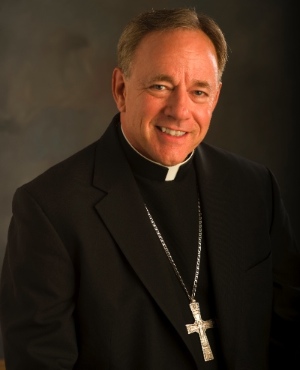 Archbishop Michael Miller says the reconciliation process will be a long one.

The Catholic March 29 response to the Truth and Reconciliation Commission’s (TRC’s) Calls to Action are “a couple of steps in a journey that’s going to take a long time.” . . .
“This isn’t a silver bullet either. The Church has been with the First Nations people for a long time, and will stay there and try to untie the knots that were tied at the time of the proclamation of the Gospel. We want to learn, and appropriately apologize with the idea of moving towards real reconciliation as well.”

“I really think it’s time to come to that reconciliation and healing that people find some peace in their lives so that their children will also come to healing,” said Deacon Rennie Nahanee, who chairs the Canadian Catholic Aboriginal Council and coordinates First Nations’ Ministry for the Vancouver archdiocese.
“I hope that First Nations people will want to reconnect with the Catholic Church again, to come back to that place we were at before – of love and friendship – and that the Church can still play a positive role in the Indigenous Peoples of Canada’s life.”

“I think the TRC bears that out in calling on the Church to do a number of things,” Nahanee said. “At this time, it’s not a one way street. It will be a dialogue between Indigenous people and the Catholic Church on how some of these things might take place. That is the proper way to do it.”

There are several local signs of movement, both personal and corporate.
Melanie Delva: A personal transformation 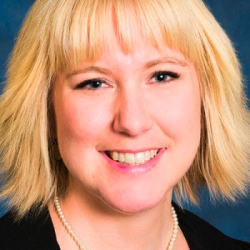 Melanie Delva has changed her views about Indigenous people over the years.

Melanie Delva preached a sermon earlier this year at Christ Church Cathedral, in which she described her rather dramatic change in attitude about Aboriginal people. She has been the archivist for the Anglican Diocese of New Westminster and Provincial Synod of BC and Yukon for the past 10 years, which has meant she has also been active in the work of the Indian Residential Schools Truth and Reconciliation Commission.

She clearly loves all aspects of her work – but that was not always the case:
I had had a vague notion of what the residential schools system was when I began my work as archivist, but I did not have a full, embodied understanding of it until I began to review our archival records for transfer to the TRC as part of the Residential Schools Settlement Agreement.
The Agreement stipulated that all records in our archives pertaining to residential schools were to be copied and provided to the TRC for inclusion in the National Centre for Truth and Reconciliation, which just opened [last] fall on the campus of the University of Winnipeg.

I was ambivalent – verging on resentful – of having to do the work of the document collection for the TRC. I saw it as a diversion from my “real work” as an archivist. But I figured that if I got it over with, maybe indigenous people could “get over it” and get unmired from what I saw – conditioned as I was in a Eurocentric family and culture – as a chronic failure on their part to properly integrate themselves into the dominant (and to my mind, superior) culture.

Delva’s sermon tells how her perspective changed. It’s a beautiful story (read it or listen to the audio mp3 here), but a key element was hearing personal stories:
My world crumbled the first time I set eyes on a file of correspondence in our archival records regarding the death of a seven year old boy in St. George’s Indian Residential School in Lytton. . . . The next eight years were spent helping hundreds of survivors prove their attendance at residential schools so that they could apply for compensation under the Residential Schools Settlement Agreement.

And getting to know real people:

I have seen this reconciliation in my own life. The very people I resented and looked down on now gather me under their wings [referring to Jesus’ lament over Jerusalem, Matthew 23:37-39]. . . . There was a time when I thought Indigenous people were lazy, ignorant drunks. We are now family. They have helped and continue to help me heal from the great wound I bear from the witnessing to this genocide. They call me daughter. That is the Gospel incarnate.

(Delva has also made a moving 10-minute Christ-sightings of a Recovering Racist video.) 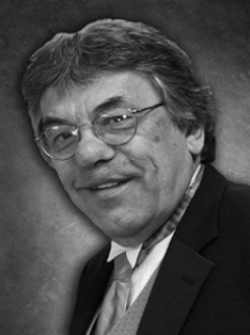 Don Bartlette has overcome tremendous obstacles on his way to experiencing reconciliation.

Dr. Don Bartlette will tell his own story of suffering and the long process of reconciliation (‘What Does Reconciliation Look Like?’) when he visits Metro Vancouver later this month. Growing up on the Turtle Mountain Reservation in North Dakota, he suffered much abuse, both because of racism and because he was born with a severe cleft palate.

Though he hated white people, he credits a “rich white woman” with turning his life around. She took an interest in him despite the hostility of others, and taught him to talk, although he had been considered uneducable.

A Native American activist, Bartlette is by training a social worker. He has been an advocate for minority persons, victims of child abuse, survivors of alcohol addiction, troubled youth and persons with disabilities. He is married to a former special education teacher, and they are the biological parents of seven daughters and one son. Together, they have also fostered many children including those with special needs. 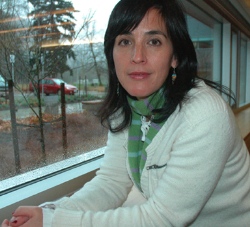 The Ministry of Education and the new BC Education plan is focused on incorporating Indigenous perspectives and pedagogy into the K-12 classroom.
As teachers and whole schools move towards authentic reconciliation between Indigenous and non-indigenous Canadians many teachers and schools are asking how they might do this well. 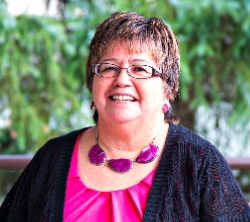 Two days later (April 9), Columbia Bible College in Abbotsford will host Journey of Reconciliation: Listening to Indigenous Elders. The event will feature Chief Dr. Robert Joseph, the Ambassador for Reconciliation Canada and a member of the National Assembly of First Nations Elders Council, and Patti Victor, siya:m (a leader recognized for wisdom, integrity and knowledge) at Trinity Western University and pastor of Chilliwack Native Pentecostal Church.

This one-day special gathering is a response to the Truth and Reconciliation Commission by collaborating Mennonite / Anabaptist organizations and denominations. The event will seek to continue building relationships with our Indigenous neighbours. We will gather, we will listen, we will ask questions, we will be encouraged, we will be challenged and we will look at taking next steps together. 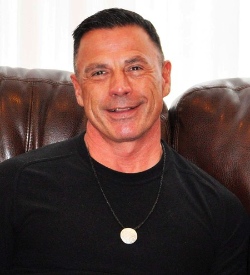 The Coming Home Society is offering a First Nations Voices speaker’s series at St. John’s Shaughnessy Anglican Church later this month: “In the spirit of reconciliation, they will help us understand the trauma of the past, the challenging realities of the present, and their hopes for the future.”

In “The Spirit has no Colour” (April 14), former Vancouver Police Board member, Jerry Adams (Nisga’a), and Native Police Liaison Constable Rick Lavallee (Cree), will present a film produced for use in sensitivity training with new police recruits, and help participants toward a compassionate understanding of intergenerational trauma.

“We are the future” (April 28), will feature two of several young First Nations (Nisga’a) women who recently obtained Doctor of Philosophy degrees. Amy Parent and Melissa Adams (with Melanie Delva) will bring Aboriginal perspectives to the areas of education and archives.