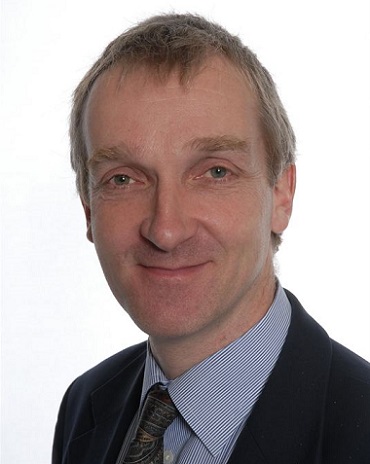 A prominent British scientist will make a speaking tour of local universities October 31 – November 3. Covering topics from ‘Science, Religion and the Search for Wisdom’ to ‘A Modern Scientist in the Footsteps of Job,’ Dr. Tom McLeish will speak at SFU, Regent College, UBC and TWU.

Tom McLeish is professor of physics and Pro-Vice-Chancellor for Research at the highly ranked University of Durham in the United Kingdom. With this book he has initiated a new genre of writing about the relation between science and faith.

I have a raft of books on theology and science; this book is the first one of which I am aware that attempts a theology of science.

It is an exciting book in so many ways and is marked by great originality. For some readers the case for the identicality of the scope of theology and science will be too radical to contemplate. Yet the argument is succinct and equally well grounded in biblical exegesis and experiential empirical and theoretical science. I expect to continue to mine this book for several years to come.

Scope of science and theology 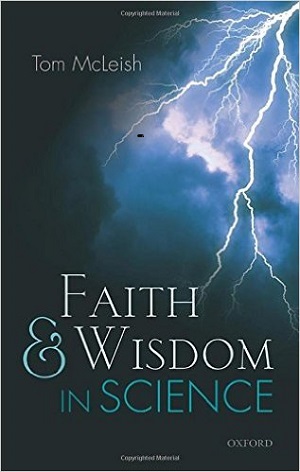 The central theme of the book is that the scope of science and theology is identical and that therefore there must be insights that are worthy of exploration and exchange between the two disciplines.

Both science and theology are built on faith; they are both more about imagination and creative questions than about method, logic and providing answers and they both involve pain and love as their central emotions.

Perhaps the most revelatory part of his thinking is his view that order and chaos are equally part of God’s world and his refusal to accept the simplistic argument that God’s existence is proven from the fine tuning of the universe. He insists that we must grapple with the chaos and disorderliness of much of creation and incorporate this into our theology beyond simply throwing up our arms and declaring that the disorder is caused by the Fall.

He bases his view on an original exegesis of parts of Proverbs, Psalms, Jeremiah, Isaiah, Hosea, Job (especially Job) and Genesis 1 and 2, and bolsters his argument with insights from Romans, I Corinthians, the Gospel according to John and the Revelation of John.

But I am getting ahead of myself. The starting point of his presentation is the question, “What is the difference between science as knowledge and natural philosophy as the love of wisdom about nature?”

He suggests that our contemporary use of the term science is only a small, though powerful, part of the story. Science as knowledge implies certainty; the love of wisdom implies a journey.

He immediately proceeds to describe his own journey from ignorance to understanding in his research into the nature of jellies, peptides and other natural substances. The excitement and frustrations of the process of discovery of new insights are communicated effectively.

Paralleling his love of wisdom achieved in his laboratory is the author’s enthusiasm for the natural wisdom of the Old Testament.

He moves from wisdom as a practical way of life (Proverbs 8) through the importance of the creative word (Psalm 33); the dynamism of creation (Psalm 104); the teaching of correction from creation (Jeremiah); the importance of care for creation (later Isaiah) and a focus on a distant hope and a different cosmos (early Isaiah and Hosea); to the establishing of order through classification (Genesis 1 and 2).

But the ever-present tension of chaos and order has to be addressed head-on. What does understanding mean in the context of chaotic objects like comets, storms and earthquakes? Only a little understanding but profound amazement. The fact that order can emerge from chaos “lies within the foundations of science today but it is also a narrative theme of human culture that is as old as any.” (p.101).

There follows a profound exegesis of the book of Job. McLeish does so by taking three snapshots of the book: (1) surveying the foundational questions of cosmology, geology, meteorology, astronomy and zoology, through chapter 38; (2) a whole book survey as a study of the problem of pain (chapters 1, 6, 16, 32, 38 and 39) and (3) following a “nature trail” through the whole book.

His conclusion is, “with trepidation and against the weight of opinion,” that the Lord’s answer to Job’s complaint about God’s justice in his management of creation as a whole is indeed a valid answer for five reasons: (1) There is a third path of constrained freedom in which true exploration of life really lies (by contrast with control and chaos); (2) Job is led to a new perspective that “decentralizes humanity from any claim to primacy in creation and affirms the human possibility of knowing creation with an insight that is an image of the divine”; (3) the final voice is participative and invitational; (4) leads to a human relationship with creation in terms of a covenant; and (5) the Lord’s answer is eschatological and looks to future healing of the broken relationship between humanity and the creation.

This leads directly to the New Testament creation narratives of creation and reconciliation.

A theology of science

The chapter labelled “A theology of science” is the capstone of the book.

Each of these is inadequate, he says. A theology of science, by contrast, assumes a linear history moving from ignorance to understanding, a special human aptitude for wisdom (“the most inexplicable thing about science is that it is explicable”), deep wisdom (“there is a deeper significance to understanding nature than simply knowing things”), ambiguity of problems and pain (the call to wait and experience of pain), order and chaos (God is not only the shaping force of order, he also unleashes the forces of thunder, clouds, lightning and wind), the role of questioning, love in the practice of science and participation in reconciliation.

Science becomes, within a Christian theology, the grounded outworking of the ministry of reconciliation between humankind and the world. 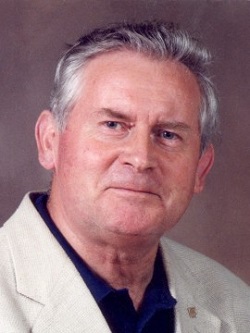 The love of wisdom about nature leads to a concluding chapter about how we can mend our ways, share our science and face up to the future. McLeish sees that both science and the church have some hard thinking to do in order to operationalize his insights. The healing of the academy and of the church are both implied.

The epilogue turns to the encounter of Jesus with a Roman Centurion as a parable for science. In that parable Jesus calls the understanding of true authority “great faith.” The ability to do science, to deploy the love of wisdom to do with natural things gives us both extraordinary authority and responsibility. Can we choose the way, in wisdom, that deserves to be called “great faith?”

A play that depicts the contrasting facets of Charles Darwin’s life is coming to Trinity Western University on Monday (October 31).

Mr. Darwin’s Tree, written by Murray Watts, explores how Darwin went from aspiring clergyman to a scientist who changed the world with his theories of evolution and natural selection.

The show’s performance by solo actor Andrew Harrison navigates Darwin’s journey while working to hold onto his relationship with his devout Christian wife, Emma. The show highlights the ties between science, faith and family.

1 comment for “British physicist will address science, religion and wisdom”