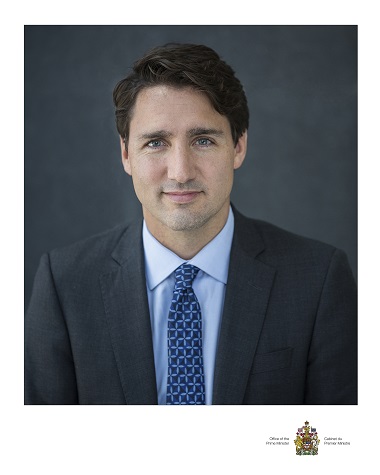 Sunscreen and splash toys, bug spray and BBQs remind us that summertime is fast approaching. But for some, the rising temperatures are part of a controversy that, for good reason, simply won’t melt away.

The Canada Summer Jobs (CSJ) issue shows no signs of cooling down. It continues to garner press headlines and public attention across the country.

The nub of the issue is government imposition of political ideology in order to receive government benefit. Liberal democracies are the planet’s one form of government that not only permits contentious debate but does so with the promise of no government reprisal.

We take a dim view of being told by the state what we are to think and do on issues that speak to the core of who we are as human beings.

The government’s requirement that religious communities “tick the box” (attesting that they agree with the state’s view of “Charter values,” “other human rights” and “access to abortion”) in order to receive public money to hire students for the summer has been greeted with staunch opposition.

The Prime Minister and the Minister responsible for the program have said that they will not fund groups who do not “support Charter rights.” In other words, groups who do not endorse abortion are not in line with government policy and therefore will not receive funding.

However, the government’s position is coming under new scrutiny. It was recently discovered that Dogwood, an activist group against the Kinder Morgan pipeline expansion in BC, was given CSJ funding, even though the group’s “core mandate” is contrary to the government’s promised support for the pipeline.

Meanwhile, charitable groups that did not agree to the government’s position on abortion were denied grants. Ironically, the PM rose in the House to defend that decision by insisting that his government believes in free speech. He claimed, “we will not remove funding from advocacy organizations because we as a government happen to disagree with them!”

Mr. Scott Simms and Mr. John McKay, both government MPs, would certainly beg to differ. They took a stand against the government precisely because it did remove funding from groups with pro-life beliefs. In retribution, Mr. Simms was removed as chair of the House committee on fisheries. The entire CSJ issue is seen by McKay as “a lamentable state of affairs.”

Upon hearing the PM’s statements, the House went into an uproar over the apparent hypocrisy – as did the political commentators: Licia Corbella in the Calgary Herald, Rob Breakenridge of Global News, John Ibbitson in The Globe and Mail, Rex Murphy in The National Post.

Dr. Andrew Bennett, former Canadian Ambassador for Religious Freedom, also spoke out on the issue [on Power Play with Don Martin, CTV News]. Across the country, people took note of the doublespeak.

The irony continues as Kelly McParland points out that the CSJ controversy has re-opened the abortion debate – a debate that the government presumably wanted to silence rather than initiate. Canadians are awakening to the reality that Canada, unlike most liberal democracies, does not have a law on abortion. Abortion, in fact, is not a constitutionally protected right, yet the government continues to obfuscate on the matter.

We now know that the Canada Summer Jobs controversy had its genesis in the abortion issue.

The Abortion Rights Coalition of Canada (ARCC) were dismayed that crisis pregnancy centres (CPC) were receiving CSJ funding, and mounted a letter-writing campaign to the government against it. In the Toronto Right to Life application for judicial review at the Federal Court, the government has put in evidence that it received letters from six organisations against the CPC receiving government money. All but one of those letters were, in fact, form letters from the ARCC.

While faith groups seek to replace the government funding shortfall, new lawsuits against the government are being commenced. CCCC [Canadian Council of Christian Charities] is currently reviewing our legal options to support our members and to support the important principles of freedom that underlie our liberal democracy. We are of the view that this government action cannot go unchallenged.

In many ways, the government CSJ action is but the thin edge of the wedge. It represents a trajectory that is not safe for the long term of our democratic institutions. We will be making an announcement in the coming days/weeks as to what legal actions we will be supporting.

Stay tuned. The summer is coming. Heat is rising on this very important subject. 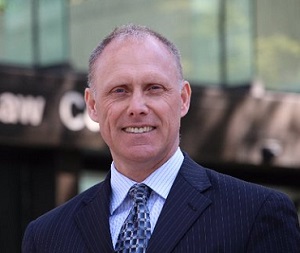 Barry Bussey is director of legal affairs for Canadian Council of Christian Charities.

Barry Bussey serves as general counsel to Canadian Council of Christian Charities (CCCC), interpreting legal and regulatory environments and representing the Christian charitable sector to the wider Canadian society. He has degrees in political science (MA, Memorial University of Newfoundland) and law (LLM, Osgoode Hall Law School) and is a recipient of the Queen Elizabeth II Diamond Jubilee Medal in recognition of his work to support religious liberty in Canada and abroad.

(The Evangelical Fellowship of Canada also provides a series of informative links and resources regarding the Canada Summer Jobs program here.)