A Cardus report released February 9 – Reasonable Limits: How Far Does Religious Freedom Go in Canada? – considers how to lessen the polarization surrounding issues of religious freedom.

Following are the Executive Summary and a portion of the Conclusion. Go here for the full 30-page report.

Freedom of religion is one of the fundamental freedoms enumerated in the Canadian Charter of Rights and Freedoms. Advocacy of religious freedom is often misunderstood as calling for positions that would be difficult for anyone to reasonably accept. A more nuanced discussion of this right can dispel some of this misunderstanding.

This paper examines the ‘reasonable limits’ clause in section 1 of the Charter, which states that the Charter “guarantees the rights and freedoms set out in its subject only to such reasonable limits prescribed by law as can be demonstrably justified in a free and democratic society.”

Canadian courts have treated the concept of ‘reasonable limits’ within the Charter. The dominant treatment has been in the form of what is often called a proportionality analysis, and is often linked to a particular Supreme Court of Canada case that results in the Canadian analysis known as the “Oakes test.”

This test, a framework for proportionality analysis arising from the case of R. v. Oakes in 1986, has four parts. These are “pressing and substantial objective,” “rational connection,” “minimal impairment” and “final balancing.”

Once an initial infringement of a right or freedom has been established, these four parts of the Oakes test function together to determine whether a legal limit on a right or freedom has met the standards of proportionality so as to be demonstrably justified. A law that fails to meet any of the four parts of the test is considered to have resulted in a violation of Charter rights and thus to give rise to a constitutional remedy, such as the striking down of that law.

This paper describes these four parts with reference to religious-freedom cases decided in Canadian courts. It also describes some critiques that have been levelled against the Oakes test or, more broadly, against using proportionality to understand reasonable limits on rights and freedoms.

The paper continues with a discussion of recent policy and law affecting religious freedom in ways that, in our judgment, are not in line with a reasonable-limits analysis. These are the values attestation attached to the Canada Summer Jobs Program in 2018, and Quebec’s Act Respecting the Laicity of the State.

In the final section of the paper, we examine some government-imposed restrictions relating to the COVID-19 pandemic and evaluate them in light of reasonable limits on religious freedom.

As a pluralist society of citizens with many different viewpoints, it is important for Canada to find ways to engage with major questions of social policy in rich ways that can overcome polarization. The concept of reasonable limits helps with understanding which limits on religious freedom are acceptable and which are unacceptable.

Advocacy for rights and freedoms should be coupled with education to inform the public and facilitate discussion of the complex issues involved. Decision-makers should also redouble their efforts to engage with faith communities in order to better understand the issues and pursue policies that have fewer adverse effects on religious freedom. . . .

First, while there is a role for advocacy organizations that are pressing for the extension of rights and freedoms on behalf of certain causes, there is also an important role for organizations that seek to inform the public and facilitate nuanced discussions on some of the complex intersections of religious freedom.

There should be ongoing work on reasonable-limits issues so as to facilitate better understanding of the concept and dialogue around it that can support robust protections of freedoms while recognizing all interests within society.

Second, in the context of an increasingly secularized society, there needs to be creative outreach on how to avoid imposing unreasonable limits on religious freedom. Given that secularized decision-makers often do not understand the religious-freedom implications of what they are doing, there should be better education, better dialogue and more involvement in the public square among representatives of faith communities, so that these issues may be better understood.

At the same time, around particular policies, there is also a role for direct engagement and consultation with faith communities. In a number of COVID contexts, public officials who talked with faith communities in advance of implementing new policies – after the first days of urgent emergency in March 2020, when such conversation may not have been as feasible – have been able to develop policies with fewer adverse effects on religious freedom, by being better informed about religious freedom and about creative alternative approaches.

Pre-infringement engagement with faith communities can play an important role and is an approach to be significantly developed in achieving better compliance with the principles of reasonable limits.

These excerpts make up just a small portion of Reasonable Limits: How Far Does Religious Freedom Go in Canada?, which is freely available online 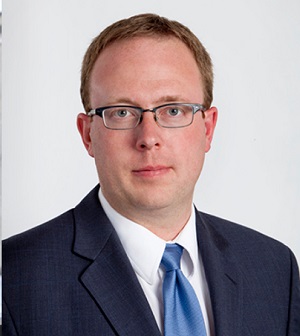 Dwight Newman, QC is Professor of Law and Canada Research Chair in Indigenous Rights in Constitutional and International Law at the University of Saskatchewan. He holds a BA in Economics (Regina), JD (Saskatchewan), BCL, MPhil, and DPhil (Oxford), and he has recently completed coursework (graduation pending) for a MATS in the History of Christianity from Regent College.

Following law school, he clerked for Chief Justice Lamer and Justice LeBel at the Supreme Court of Canada, worked for NGOs in South Africa and Hong Kong and for Justice Canada in Ottawa, and completed his graduate studies at Oxford as a Rhodes Scholar.

Since joining the University of Saskatchewan faculty in 2005, he has published widely on constitutional law issues, Indigenous rights issues, and other areas.

Along with a hundred articles or book chapters, he has published 15 books, including Community and Collective Rights: A Theoretical Framework for Rights Held by Groups and edited collection Religious Freedom and Communities, both of which have been cited by the Supreme Court of Canada in religious freedom cases. He is a member of the Ontario and Saskatchewan bars and has provided legal advice to various clients on constitutional issues.