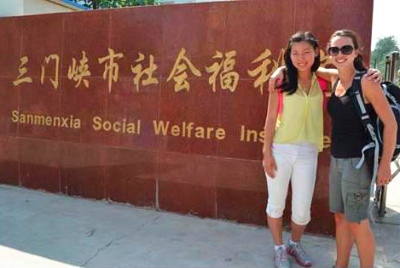 An Carson with her sister Sarah at the Welfare Centre.

This summer, my sister Sarah and I spent two weeks working in China, at the Sanmenxia* Social Welfare Institution. These were probably two of the most profound and life-changing weeks of my life.

Being a Chinese adoptee, I felt especially connected with these children. And having been in similar situations, I was able to connect with them on a deep level. It was also the first time that I had gone back to an orphanage.

Having these two experiences together was something that I struggled with emotionally, but I think God had been calling me to this mission. He put it very close to my heart; it was an emotional battle I knew I could win, with God’s help.

The first time I entered the Welfare Centre in Sanmenxia, I was overwhelmed with a flood of emotions. Not just feelings of sadness and grief, but also joy. International China Concern (ICC) has made a wonderful difference there in just a few short years. The amount of happiness these children have is amazing, and you could really see the love they all have for one another. 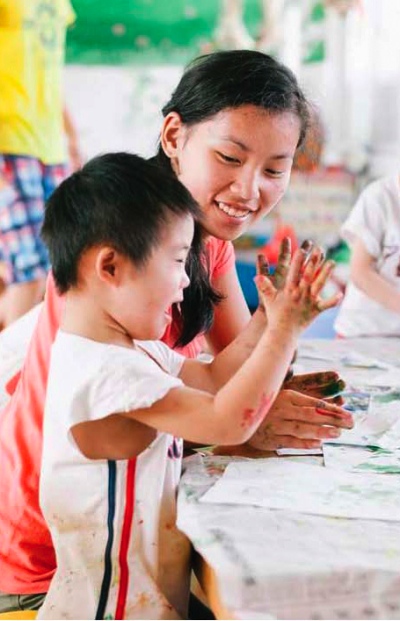 An Carson with Liu Ying.

I connected really well with one girl in particular. When I first met Liu Ying, she had only been there for two weeks. You could tell she was still scared of being in this new place with all these unfamiliar people – and now foreigners were coming as well. Who wouldn’t be? Can you imagine everything you know being gone, not knowing what happened, why you’re here with these strangers and why you’re being called by a new name? She is just a little girl whose world changed completely overnight.

The first time I saw Liu Ying, she was in the corner, playing with blocks away from all the other children. I started spending the majority of my time with her, and during those two weeks, I was able to see her open up to her surroundings and enjoy life more. She came to the realization that she is so incredibly loved, not only by me but by many. By the end of the trip, I had a wonderful bond with Liu Ying. She called me “mama” and I would tell her I love her as often as I could.

Thanks to Liu Ying and the entire experience, I really got to see what people mean when they say God loves us and is always with us. No matter where we are, and what situations we might be facing, we can always count on the Lord and his love. He is faithful to us and to these children and will work in and through us. God never failed us. Never once in my life have I walked alone because he has always been with me. I know he is there in Sanmenxia working with these children.

* Sanmenxia is a city of approximately 2.3 million people located in western Henan Province in China.

An Carson attends St. Cuthbert’s Anglican Church in Delta, where her father, Allan Carson, is the minister.