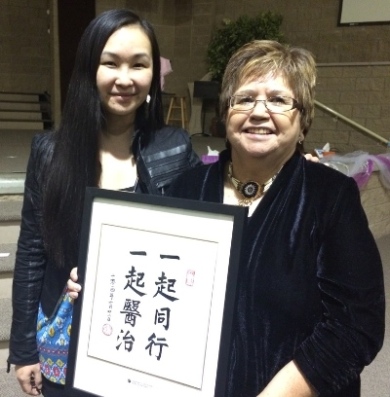 The recent screening of a film that reveals through disturbing eyewitness accounts the horrors of the residential school system could become a catalyst for healing between First Nations people and Asian evangelicals.

“People have been working hard at that already,” says Daniel Louie, pastor of Urban Village Church, “but this is one of the first times I’ve seen it most publicly brought to the front. I don’t think that necessarily big events fix things, but I think this is one that will draw some attention and maybe some traction. It could be a turning point.”

In late February, about 300 people showed up at VCAC – Fraser Lands Church to watch We Were Children, a 2012 National Film Board production that dramatizes the personal stories of two survivors – a man and a woman – of the church-run residential schools. 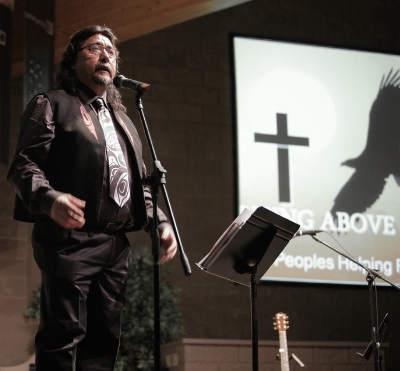 During their 12-year stays, both suffered terrible abuse, including rape. Glen Anaquod was an orphan when he was taken to a school in Saskatchewan in 1958. He says in the film, “All the things they did to us, what kind of God do they have?”

After the screening, Ivan Wells, a Christian with the Tsimpsian Nation in northern B.C., said both his parents were also abused as residential schoolchildren.

“My dad was quite energetic,” he said. “So they cemented his legs together for a long period of time. And due to muscle atrophy, when they took it off, he thought he could just get up and run again. Well, he just fell right to the floor.”

And because his father had grown up away from his own parents, he in turn “didn’t know how to be a father,” said Wells. “He did to me what he learned at residential school. He was brutally physically violent and verbally abusive” – although not sexually abusive. 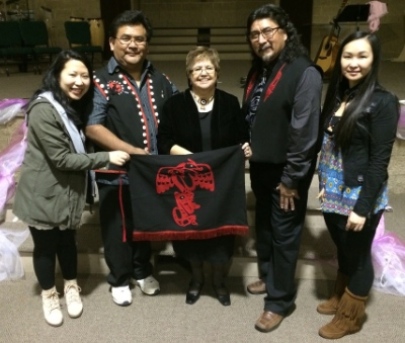 By the time the last residential school closed in 1996, about 150,000 children had gone through the system.

The idea for organizing the event – called Journey Together, Heal Together – grew out of the week-long gathering in Vancouver last September of the Truth and Reconciliation Commission.

“We really wanted to educate the evangelical church community more about residential schools,” says China-born Esther Leung, executive officer of the Culture Regeneration Research Society, “Because if we raise awareness, that’s where the healing can begin.”

Leung used her own connections with the local Chinese community to promote the screening, but she says it was never the intent of the multi-ethnic planning team to make it just an ‘Asian’ event – even though perhaps 70 percent of the audience was Asian.

And yet she admits she has “seen stereotyping within some of the Asian communities towards First Nations people,” especially among older, non-English-speaking immigrants who had never heard of the residential schools debacle. 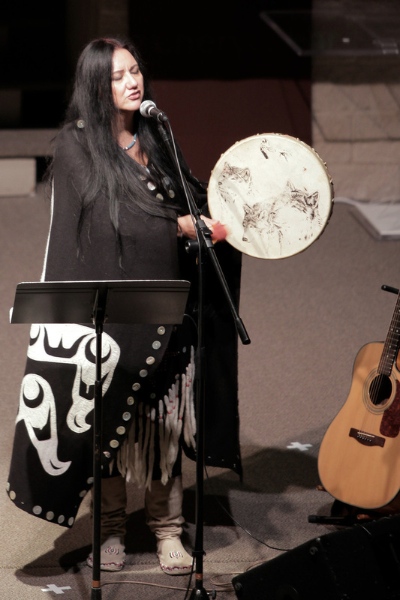 Cheryl Bear led worship at Journey Together, Heal Together.

“There is a great need for [Asian believers] to know the truth about this story,” says First Nations singer-songwriter Cheryl Bear, who led worship at the event. “I hear from a lot of them, whether they came here or were born here, that they never did hear the story. It wasn’t taught in schools. And I think for them, that’s an injustice.”

In fact, there has been stereotyping on both sides. “I know personally some First Nations friends who had reservations when I first met them,” says Louie. “They did not really know how to relate to us, because they had had negative experiences with Asian people.”

Patti Victor, co-chair of Trinity Western University’s Aboriginal Partnership Council, hosted the event – and was encouraged by it. “We’re seeing a growing urgency among God’s people,” she says. “They want to be part of the healing process.”

Bear agrees. “I have that hope,” she says, “that our Native people will be set free and will receive the healing that has been needed, because of a lot of different people becoming aware of the issues, understanding the issues, praying for Native people – and also changing their mind.”

Leung wants to see more congregations holding their own reconciliation events. “I’m growing a lot from this. And still I feel I have so much more to learn,” she says. “I’m hoping churches can kind of go along the same path.”